This post contains a list of all army barracks in Nigeria and the states where they are located.

There have been news that the Nigerian army will establish more barracks to accommodate the population of its ever increasing officers. Pulse.ng reported that, the Chief of Army Staff (COAS) Lt.-Gen. Tukur Buratai in February, said army authorities had already approved the establishment of a Special Forces Battalion Barracks to be located in Okene, Kogi state. While this new base is been built, we have taken out time to list out all other army barracks in Nigeria today. 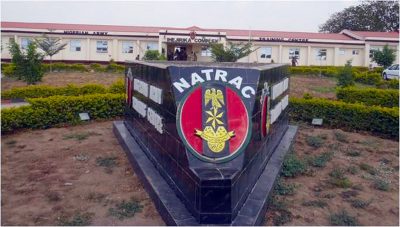 The Nigerian army is the among the three major branches of the Nigerian military. The other two being the air force and the navy. Armed with weapons and ammunition to defend the territorial integrity of the nation on land, it has strategic bases established for ts officers to live in. This is known as a barracks.

While there are ranks in the Nigerian army, you must be aware that its operations and tactics stem from the Nigerian Army Council, chaired by the Chief of Army staff (COAS) at the headquarters. The other branches of the armed forces are the Nigerian Navy, whose primary duty is to ensure that the territorial water ways are defended against threats and the Air Force whose duty is to defend the country from external invaders on air.

There is also the possibility of a Joint Task Force, which comprises of mostly officers and men of the army, navy, air force and police in curbing a much larger threat. An example is the the Boko Haram insurgency, which has plagued the nation’s unity in the North-east since 2002 and has seen soldiers sent there to flush out the threat at large.

While there are many army barracks in Nigeria, it is important to note that the biggest Nigerian military barrack is
the Dodan Barracks which occupies a large area located at Ikoyi in Lagos state. History has it that the Dodan Barracks was the very base where some Nigerian Army majors made plans to topple the civilian government and also was one time the seat of power for the Supreme Military Council in 1966.

Before we delve into the locations of these army bases, we shall write more about the history, divisions, challenges and duties of the Nigerian army, ranked among the best ground forces in Africa this 2023.

Formed after the Royal West African Frontier Force (RWAFF) left, it was the British that trained troops of the army who fought during the East African Campaign (World War II). This was the first time these officers tasted war and was an advantage to use as a yard stick to train future soldiers.

It was after the Nigerian civil war ended in 1970 that the population of the Nigerian army rose to 126,000 with the combination of officers from three divisions and 18,000 infantry battalions. The Nigerian army was tasked to ensure that a repeat of the bloodied war against internal and external threat was defeated at all cost.

Colonel Olusegun Obasanjo, who recognized his command, 3rd Division during the period of civil unrest was key in making sure that logistics and administration were greatly improved. The defence budget was increased and it was due to this that the Nigerian army recorded victory over Biafran forces, even though the NA lacked good arms and had less bases to keep and train soldiers.

Today, with a more robust funding and organization by the Federal Government, the Headquarters of the Nigerian army has now seen various army barracks and formations that will oversee the day to day upkeep of the welfare, physical training, public relations, etc of its officers to go in line with the military ordinances.

Training and Doctrine Command (TRADOC) which is located in Minna is responsible for the training and combat development of officers in the Nigerian army. As an organized branch of the armed forces, the Nigerian army also have engineers, musicians, teachers, and other skilled workers. There is also the presence of the military police (MP) and 17 Corps Training Schools.

According to Wikipedia, the current population of the Nigerian army is estimated at 6,000 officers and over 150,000 soldiers.

With all the several divisions, weapons and with professionally trained thousands of soldiers at its disposal, what are the duties of the Nigerian Army?

ALSO READ:  Things You Don't Know About Officers Commissioned Into The Nigerian Army

Aside the popular lack of upgraded weapons in the Nigerian military to fight external forces, soldiers often complain of lack of suitable bases to live in. Most of these army barracks are old and dilapidated weak structures are noticeable in these barracks.