These are the nine new Federal Universities that have been added to the number of existing ones. The newest Federal universities in Nigeria will be discussed in this post and they were all established in 2011. 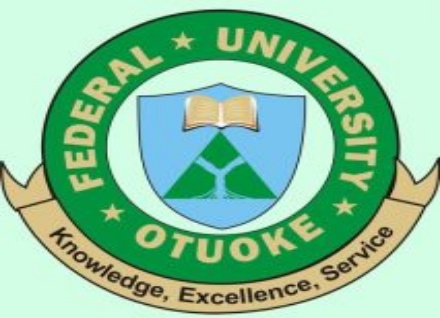 These new universities were established in the administration of former President, Goodluck Jonathan shortly before his administration ended and in no particular order, we shall take a look at them one after the other.

As the name suggests, this Federal varsity is situated in Lafia, the Nasarawa State Capital. Federal University, Lafia was created so that there will be a Federal higher institution of tertiary education, in this case, a university in the State where there was previously none so as to allow the locals as well as the residents over there go to a Federal school.

The inaugural Vice Chancellor of the school is Professor Ekanem Ikpi-Braide, but since 2016, he has been succeeded by Professor Muhammad Sanusi Liman.

Federal University, Lafia was established in 2011 and it commenced operations 2012. Courses offered at the University include:

Very soon, because the school is ever expanding, Medicine and Surgery will be added to the School’s curriculum. The Federal University, Lafia has seen its student intake increase over the years from over 200 students in 2012 to over 4000 students in 2016.

Located in Lokoja, the Kogi State capital, this varsity was also founded in 2011, same year as when the Federal University, Lafia was established.

The University is a source of pride for the people of Kogi State as it has been able to help them reduce the way they go to distant places in search of quality education in other Federal universities in other states of the country when they have one in their backyard.

Faculties in the school currently are not many and they are, the Faculty of Sciences, Faculty of Arts and the Faculty of Social Sciences. More faculties will be built as time passes to allow for more student intake.

This University was founded in Gombe State in order to become one of the best tertiary institutions in the country, attracting and training brilliant and talented young people from different backgrounds to be key players in the leadership of tomorrow’s Nigeria.

It was established on December 9, 2011, and the inaugural Vice Chancellor and Registrar are Professor Mohammed Kabiru Farouk, and Dr. Abubakar Aliyu Bafeto.

This varsity is Taraba’s own Federal University. It is one of the nine newest Federal universities in Nigeria that was approved for take-off under the Phase I of the Government initiative to establish Federal tertiary institutions in every State of the country where they do not currently exist.

Also founded in 2011, it was the administration of Dr. Goodluck Jonathan, GCFR that established the school.

The school has aided locals over there as well as residents to have access to a Federal government owned tertiary institution.

Established under the Goodluck Ebele Jonathan administration in 2011, the Federal University Dutse sits in Dutse, the Jigawa State Capital. The school runs both undergraduate and post graduate programmes and its inaugural Vicee Chancellor is Professor Jibirilla Dahiru Amina.

Also founded under the administration of Goodluck Jonathan, the Federal University, Otuoke, is situated at the hometown of the former President in Bayelsa State.

The school began with 282 students and that number has since increased over the years. The varsity runs undergraduate programmes in the in Sciences, Management Sciences, Social Sciences and Humanities, Education, Engineering and Technology as well as Health Sciences.

This university is located in Ebonyi State and it is comprised of 7 Faculties and they are:

The Federal University Oye-Ekiti is situated in Ekiti State and it is one of the nine newest Federal universities in Nigeria which was established in 2011.

The school is comprised of six faculties and thirty-eight departments and it has two campuses situated at Oye-Ekiti and Ikole-Ekiti.