This post shall name and describe the oil producing states that make up the Niger Delta. Nigeria is blessed with so many natural resources, chief of them being crude oil, located in the states that constitute the Niger Delta Region. These states should not be confused with the South-South zone.

The Niger Delta states are the oil producing states in Nigeria which comprises of  all the 6 states in the South South geopolitical zone as well as one from the south west (Ondo) and two from south east (Abia and Imo).

This area occupies about 70,000kmsq of the landmass of Nigeria. This means the Niger Delta Region occupies only 7.5% of the land area in Nigeria.

Nigeria’s Niger Delta Region is also known as the oil producing region because this is where almost 100 per cent of Nigeria’s crude oil is gotten from.

Today, Nigeria, the most populous black nation on earth and the largest economy in Africa is a very large country which is home to over 170 Million people and very popular for her huge crude oil deposits.

It is important to note that the original Niger Delta Region consist of only 3 states, these are; Delta, Rivers and Bayelsa. The other 6 states that make up the region (Akwa Ibom, Cross River, Ondo, Edo, Imo and Abia) were added as part of the region in 2000 due to their oil producing status by the Former President Olusegun Obasanjo. So suffix to say, the region regarded as Niger delta of today is political.

States That Make Up The Niger-Delta Region

The following states which are the largest oil producing states, in no particular order, make up the 9 Federating States in the Niger Delta Region of Nigeria:

RELATED POSTS  The Legal Age of Consent in Nigeria

Akwa-Ibom is currently the highest oil-producing state In the Niger Delta Region of Nigeria. This means that there’s more oil gotten from Akwa Ibom State than anywhere else in Nigeria.

Akwa-Ibom has a population of about five million people. Not only is the state blessed with crude oil, also, coal, clay, limestone, silver nitrate, salt and neat sand can be gotten from there.

The capital of Akwa Ibom State is Uyo.

Akwa Ibom is the largest oil producing state in Nigeria. It is located in the South South part of the country and has Uyo as its capital.

The capital is one of the most beautiful cities in the country.

The state is home to over 2.3 million people mostly from the Oron, Annang and Ibibio ethnic groups. It is also home to 2 major seaports in the country.

Before Akwa Ibom became the largest producer of crude oil in Nigeria, Rivers State was the largest until recently but now, it is the second highest oil producing state in the Niger Delta Region of Nigeria. The capital of Rivers State is Portharcourt.

Rivers, together with Bayelsa and Delta are the core states of the Niger Delta Region. Rivers was at a time the largest oil producing states in Nigeria before it was overthrown by Akwa Ibom.

Currently, it is the third largest oil producer in the country. This state have 2 oil refineries, making it a major oil refining state. No wonder, it prides itself as the “Treasure Base of the Nation”. The capital of Rivers is Port Harcourt.

Aside petroleum and its other natural resources, rivers is blessed with abundant human resource as it is one of the most populous states in Nigeria with a population of over 5 million people.

This people are mostly from the Ikwerre, Okrika, Upobo, Kalabari or the Ubani ethnic group.

Delta State is known as the big heart of the nation. It is one of the richest states in Nigeria and its capital is Asaba. Delta is one of the twin states formerly known as Bendel State, the other being Edo State. Delta state is made up of 25 local government areas. Also, Nigeria major petroleum refineries is located in Warri, Delta.

The city of Asaba is the capital of Delta state. Delta is the 2nd largest oil producer in Nigeria. This state is just like the ones above are located in the south-south geopolitical zone of Nigeria.

There is a major refinery in Warri, the heartbeat of delta state. It is one of the most populated states in the Niger Delta region and has a population of 4 million people.

The major ethnic groups in the state include: Urhobo, Isoko and the Itsekiri.  The state aside being an oil producer is also an agricultural state.

Bayelsa State is a major oil producing state in the Niger Delta Region of Nigeria. This is the state of Origin of the former President and Commander-in-Chief of Nigeria’s armed forces, Goodluck Ebele Jonathan. As of 2015, Bayelsa ranked 4th in Nigeria in the list of highest crude oil producing states in Nigeria. The capital of Bayelsa State is Yenagoa.

Bayelsa state with Yenagoa as it capital is a core states of the Niger Delta region and has one of the largest oil deposits in Nigeria (4th largest oil producer).

The first state where oil was discovered in Nigeria in commercial quantity is Bayelsa at Oloibiri in 1956. This is one of the least populated state in the country as well as the state with the least number of Local Government Areas (it has 8 LGAs).

The state is a home to a population of over 1.9 million with the Ogbia, Nembe, Izon and Epie-Atissa as the major ethnic groups in the state

RELATED POSTS  Unique Names Of God In Igbo And Their Meaning

Cross River State is another beautiful city in Nigeria blessed with numerous natural resources, tourists sites with up to date amenities like good road networks, standard schools, good water and mountain views. Known for its famous Obudu cattle ranch, this state rightfully takes its place among the 9 States that make up the Niger Delta Region of Nigeria. The capital of Cross River State is Calabar.

Edo state is in the same group with Akwa Ibom, Cross River, Ondo, Abia and Imo. These were added to the list of Niger Delta states at a later date for economic/political reasons.

The state is the last of the 6 states that constitute the south south geopolitical zone in the country and has Benin City as it capital.

This state is also an oil producer and house a population of more than 2.2 million people have the Edo, Esan, Igarra, Etsako/Afemai and the Okpamheri as its major ethnic groups.

Abia is one of the 2 states in the south east that are oil producers.

It is dominated by the Igbo speaking ethnic group who are mostly traders.

The state’s capital is known as Umiahia. Abia state has a population of over 2.8 million people.

This is the second state in the south east that is part of the Niger Delta states.

The state is home to a population of over 4 million people and have Owerri city as it capital.

Imo is touted as the richest state in Igboland.

Ondo state is the only state in the south western part of the country that is added to the list of the Niger Delta states and this is as a result of it oil producing status.

The state is dominated by the Yoruba ethnic groups with the Ijaw’s living as minorities. It is a home to a population of over 3.4 people and has Akure as it capital. 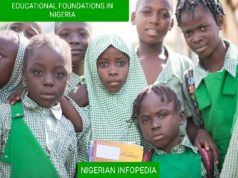 The Full Process of Impeaching the Nigerian President