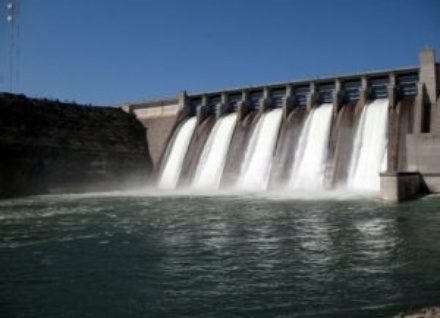 A dam from the brief overview is a barrier constructed to hold back water and raise its levels, forming a reservoir, used to generate electricity or as water supply. A dam may be natural but most are man-made and in Nigeria, we have some very useful man-made dams around. There are also three functional dams in Nigeria. It has also been stated that while some dams generate hydroelectric power, others serve as reservoirs to store up water that can serve a particular geographical location.

List of All Dams/Reservoirs in Nigeria and their Locations

Kainji dam is arguably the most important dam in Nigeria and it is situated in Niger state, Nigeria. The dam sits across the River Niger and it was built between 1964 and 1968 at the cost of $209 million, a figure which is equivalent to $2.8 billion as at 2015. In 2017, that figure should have risen significantly.

Kainji dam is responsible for the build up of the Kainji lake, a water reservoir. Kainji Dam was built mainly to generate hydroelectricity and it helps to power virtually all major cities in Nigeria.

Jebba dam is another very important dam in Nigeria and it is situated in Jebba town, a town which cuts across Kwara state and Niger State respectively. The Jebba dam is a hydroelectric dam and it contributes significantly to the Nigerian National grid. Jebba dam operates by using the great power of the River Niger to generate copious amounts of electricity for Nigeria.

Shiroro dam rests on the Kaduna River in Niger state. It began operations in 1990 and it contributes significantly to the power supply in Nigeria.

The Asejire Reservoir is among the functional dams/reservoirs in Nigeria located in Oyo State, on the Osun River which is thirty kilometers east of Ibadan. It was constructed after Nigeria got independence in the late 1960s.

The reservoir is said to provide raw water to the Asejire and Osegere water treatment plants in Ibadan. Also, farming isn’t allowed in the area which ensuures that the reservoir remains filled up every year.

The Bakolori Dam is in located in Sokoto State, Northwest of Nigeria. The project was completed in 1978 while its reservoir was filled in 1981. It has been dubbed as a major reservoir that feeds the popular Niger River.

The water flowing from this dam has a capacity measured at 450 million cubic meters, and it is used for the Bakolori Irrigation Project. The construction of the dam had a very negative impact on the residents of that area as it displaced many farmers and rendered many inhabitants homeless.

The Challawa Gorge reservoir project was purely funded by the federal government but was officially started by the Water Resources and Engineering Construction Agency of the Kano State Government. The dam is currently controlled by a Federal agency, the Hadejia-Jama’are River Basin Development Authority.

Originally, the dam was designed for hydro power generation and was tipped to have a capacity of 3MW, especially during the rainy season. Sadly, delay in finance has seen the project of installing the needed generating equipment halted.

The Dadin Kowa Dam is located in the Yamaltu local government area of Gombe State, north east of Nigeria. It is the major source of drinking water for the inhabitants of the town. The main aim of construting the dam was to provide irrigation and electricity for the planned Gongola sugar plantation project in 1984.

It is said that the reservoir has a total capacity of 800 million cubic meters of water, using an estimated surface area of 300 square kilometers. The cost of the water supply project was reported to be N8.2billion by a Chinese company, CGC Nigeria. Yet it wasn’t finished then

It was not until 2009 that over N7 billion was allocated to complete the hydro-electrical generation component of the dam, plus an additional N500 million to help irrigate 6,600 hectares of farmland in the area.

The Goronyo Dam was completed in 1984 but had its commissioning in 1992. The dam is said to  control floods and release more water, especially in the dry season for the planned Zauro polder project downstream in Kebbi State.

The Gusau Dam is said to hold a reservoir in the Sokoto River and supplies water to the communities around it. Unfortunately, it recorded its first casaulty in 2006 where it collapsed, destroying 500 homes and killing over 40 persons.

The Ikere Gorge Dam has a reservoir capacity of 690 million m3. Construction of this dam started in 1983 under the administration of Shehu Shagari, but the initiative was formulated by the military regime of General Olusegun Obasanjo.

The dam was tipped to generate over 37.5 MW of electricity, to also supply water to local communities and irrigate 12,000 hectares of land in Lagos.

The Jibiya Dam is located in Katsina State. The construction of this dam began in 1987 but was completed in 1989. The purpose of building this dam was to support irrigation and water supply.

The Kafin Zaki Dam isshrowded in controversy as it is a proposed reservoir project on the Jama’are River in Bauchi State. The dam would be 11 kilometres-long if constructed. It would also be designed with a mechanism to install a hydroelectric plant.

The reservoir would also have a storage capacity of 2,700 million cubic meters, and would be the second largest in Nigeria after the Kainji Dam. This would alllow for irrigation of over 120,000 hectares of fertile land to aid the agricutural sector for cash crops.

The Kiri Dam is located in Shelleng local government area of Adamawa State. It is a 1.2 km long, 20 m high zoned embankment with an internal clay blanket. The dam was completed in 1982. The reservoir is said to have a capacity of 615 million m³.

The Mambilla Power Station is one of Africa’s and Nigeria’s biggest dam projects. It is a planned hydro power plant that will be connected to three dams across the Donga River in Taraba State, Nigeria.

The Obudu Dam is located in Cross River State. It has a height of 15 m and a total crest length of 425 m,  with a capacity of 4.2 million m3. In 1999, the dam was commissioned for farm irrigation, tourism, fishing, and other recreational purposes.

The Oyan River Dam supplies raw water to Lagos and Abeokuta. It has the potential for use in irrigation and power generation. Commissioned on the 29th of January 1983 by former president Shehu Shagari, it covers 4,000 hectares with a catchment area of 9,000 km2.

The dam measures 1044 m in length, 30.4 m in height and has a gross storage capacity of 270 million m3. Although, there are three turbines of 3 megawatts installed, due to lack of maintenance, it had not been used at all.

The Tiga Dam was built during the administration of Governor Audu Bako from 1971 to 1974 and was tipped to improve food security through irrigation projects. The dam covers an area of 178 square kilometres (69 sq mi) with a maximum capacity of nearly 2,000,000 cubic metres (71,000,000 cu ft).

The Zauro polder project has been planned to be an irrigation scheme for the Rima River floodplain in Kebbi State, Nigeria. Although, the project seems controversial,  with proper management, the benefits of this dam project would be advantageous.

The Zobe Dam is located in Katsina State. It is also an earth-filled structure measuing a height of 19 m with a total length of 2,750 m. The dam is said to have a storage capacity of 179 Mca and irrigation potential of 8,000 hectares.

Although the dam was completed in 1983, as of 2010 it was still not being used for water supply to Katsina city, for local irrigation or for power generation.