Have you ever wondered how much is Messi’s salary in Naira at Paris Saint Germain (PSG)? Do you know what he earns per week? See below. 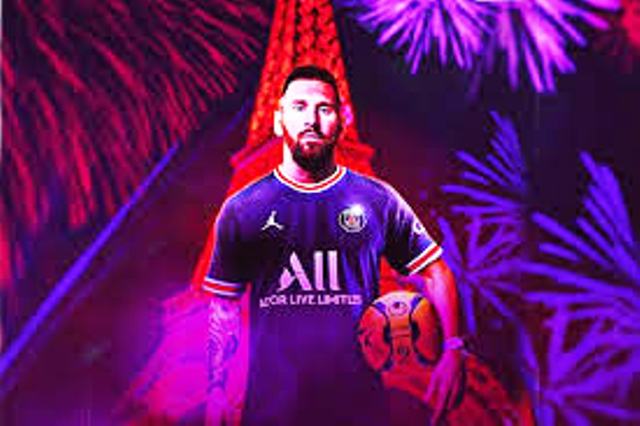 Lionel Messi arguably the best player in the world- is one of the world’s highest paid footballers presently. Apart from his mouthwatering weekly wages, He also receives payment on some other football-related possession such as his image-right payments signing-on fee among other factors.

Let’s quickly go through the Argentine superstar’s profile before we talk on his current weekly wages base on his contract agreement with Paris Saint-Germain (PSG).

Lionel Andrés Messi Cuccittini is an Argentina international footballer who plays in multiple positions depending on coach’s decision on where to use him.

Born on the 24th of December 1987 in Rosario Argentina, Messi was diagnosed with a growth hormone deficiency as a child which is responsible for the player’s short height stature.

Lionel Messi is the third child of his father- sir Jorge Messi- who is known as a manager of a steel-producing factory located in Argentina.

Though the growth hormone deficiency had an unwanted effect at the early stage of Messi’s career as he was once an injury-prone player but after some years of treatment by Barcelona’s medical team, the player become strong and physically fit to actively involve in football matches.

Messi became a football fan due to his father’s love for the game. According to Wikipedia, Messi family is a group of young men who love the game of football and were dreaming of becoming a professional footballer. Messi joined Grandoli at the age of four, a team that was coached by Jorge Messi.

Have you ever imagined the main reason behind the way he always celebrates his goals by pointing at heaven at the early stage of his Barcelona career?

Pointing at heaven after scoring is a sign of tribute to his late grandmother whom he lost at the age of 11. Messi was inspired by her grandmother Celia, who always accompanied him to training and matches during her lifetime. The youngster was shocked when he heard about the demise of Celia, he therefore wish to celebrate her with every goal he scored.

The death of Celia slowed down the superstar’s progress but he finally moved on after a year by changing his club from Grandoli to Newell’s Old Boys in 2004.

Messi played with the Argentina side for six years where he showed to the club’s manager how good he was after lot of impressive performances despite his short and fragile nature.

According to the then Newell’s Old Boys youth coach Adrian Coria, Messi is a player born with different qualities and playing style. He further admitted that Messi will be ‘another Maradona’ should he continue with his impressive display which he showed with the team. During his time with the club, Messi scored almost 500 goals.

After his steady and stellar growth in the game, Messi had a successful trial with Spanish giants Barcelona in December 2000 but he was asked to remain calm till the board of directors decide whether to sign him or not.

After lots of controversy between Barca’s board and Newell’s Old Boys, Lionel Messi was finally signed by the Catalans in 2005 at the age of 13 but he doesn’t get to play in the first-team due to his stature, contract agreement and FIFA Fair play rules.

After completing his treatment at the age of 14, Messi who was an introvert finally became a player in Barcelona’s academy La Masia. He was later promoted to the senior team in 2005-6 season having made his senior team debut against Porto at the age of 16.

Since then Lionel Messi has developed to a world-class player, winning Balon d’Or forvthe first time at the age of 22.He has now won the award five times. He also has four European golden shoe awards among others. He has featured in 401 La Liga matches scoring 366 League goals for the Blaugranas.

Internationally, Lionel Messi has been carrying the Argentina national team on his shoulder since his debut in 2005 against Hungary where he played just two minutes as he was red-carded for an intentional elbow on Vilmos Vanczák immediately he came-on in the 63rd minute of the encounter. He has featured in 123 matches for the La Albiceleste scoring 61 goals in the process.

Lionel Messi initially put an end to his international Career after failing to win a major trophy for his country despite qualifying for four final match in three years (world Cup and CONMEBOL Tournament). He later rescinds his decision after a meeting with Argentina President, claiming that the love for his country has brought him back to the national team.

Back to his current salary, Lionel Messi wanted to extend his Barcelona contract but wasn’t allowed to do so. He was emotional as it was the club he had played hiws whole life. Messi has officially signed for french side, Paris Saint-Germain for two years with option for a third. In the contract, the Argentine will be paid £1,000,000 as his weekly wages. With the new contract, Lionel Messi is currently one of the highest paid footballers in the world.

Converting his weekly wages to Nigeria currency, it will surprise you to know that Lionel Messi receives approximately NGN700 million every seven days for his action on the pitch. The PSG star, Lionel Messi pockets ₦2.8,000,000,000 in a month and ₦3,360,000,000,000 in a year when converted to Naira.