The Nigerian landmass is not divided equally between the 36 states and FCT. While some have a land area of an area of more than 70,000kmsq and are bigger than some countries, others have a small land area of less than 5,000kmsq.

In Nigeria, the largest states are located in the northern part of the country, dominated by the Hausa-Fulani ethnic group.

The largest and biggest state in Nigeria by land area is Niger state while the smallest state in the country is Lagos State.

This article will discuss the top 10 largest states in Nigeria by landmass. It is worthy of note that this states are some of the poorest in the country.

However, it is the 18th most populous state in the country; this shows that land area is not a yardstick for a large population.

It is host to Kainji Dam and Shiroro Dam, the 2 major hydroelectric power stations in the country. The famous Gurara Falls and Kainji National Park is also in this state.

Borno state is located in north eastern Nigeria and it is the second largest state in Nigeria. It has a landmass of about 57,799 km2 (22,316 sq mi) making it the second biggest.

There are 27 local government areas in Borno state and The motto or slogan of the state is “Home of Peace”. This is ironic as this state is one of the states that had suffered in the hand of the Boko Haram insurgence.

The state is the 18th most populous state in the country. Again, large land area does not equate large population.

Taraba state is located in the north east geopolitical zone of Nigeria. It has an area extent of 54,473kmsq making the third largest state in Nigeria.

Ironically, this third biggest state is the 30th most populous state in the country. There are 16 local government areas in Taraba state and its capital is Jalingo.

It is 16.3 times bigger than Lagos, 7.7 times larger than Akwa Ibom and 2.7 times the size of Kano. The slogan of Taraba is “Nature’s Gift To The Nation” and the main occupation or economcal base of the people within this state is Agriculture.

Kaduna state is the 4th largest state by landmass in Nigeria and has a land area of about 46,053kmsq.

Unlike the above states, the large landmass of Kaduna state corresponds with it population as it is the third most populated state in Nigeria according to the 2006 census.

The state boasts of having some of the best and unique schools. It is also a home to several military bases and schools.

The 5th largest state in Nigeria by landmass is Bauchi state with an area extent of about 45,502kmsq.

The state is located in northern Nigeria and has the city of Bauchi as its capital. It is home to the popular Yankari Game Reserve, the largest game reserve in Nigeria.

This state is located in the North Eastern part of the country and has Damaturu as it Capital; it is the 6th largest state in the country with a size a little less than that of Bauchi.

Zamfara state is one of the largest states in Nigeria ranking 7th on the list in terms of land mass.

The state has an area extent of about 39,762kmsq making it 11.9 times larger than Lagos, 5.6 times bigger than Akwa Ibom and approximately twice the size of Kano.

However, it ranks 23rd in terms of human population. The state is located in North Western Nigeria and has Gusau as it capital.

Adamawa state has a land area of 36,917kmsq bringing it as the 8th largest states in Nigeria.

There are 21 local government areas in Adamawa state and the main economical base of its citizens is Agriculture. The new slogan of Adamawa state is “The Land of Promise”

Kwara ranks 9th on the list of states in Nigeria that are big in terms of area. It is located in north central Nigeria and has the city of Ilorin as it Capital.

Kwara is a state in Western Nigeria with its capital at Ilorin. The primary ethnic group in Kwara is Yoruba, with other minorities such as Nupe, Bariba, and Fulani also in existence there

Kebbi state is one of the states in the country that shares boundary with other countries (it shares with Niger Republic and Benin Republic). Kebbi has a total area of 36,800 km².

It has a size almost the size of Kwara state. In terms of population, it ranks 22.

Kebbi is also a state in north-western geopolitical zone in Nigeria, and has its capital at Birnin Kebbi. Originally, the state was carved out of Sokoto State in 1991. The following states share boundaries with Kebbi State: Sokoto, Niger State, Zamfara State, Dosso Region in the Republic of Niger and the nation of Benin. 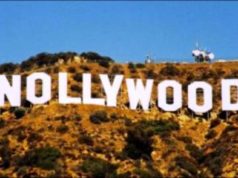