The biggest mosques in Nigeria with the highest capacity has always been debated for so long among Muslims and other scholars of religious knowledge. Since Nigeria as a country is made up of Christians and Muslim worshipers, it is very necessary to build a place of worship that would accommodate the ever increasing population.

The world’s largest mosque currently is the Al-Haram Mosque, located in Mecca, Saudi Arabia. This religious center has a capacity to take 4 million worshipers. It is not surprising that Mecca which is referred to the birthplace of Prophet Muhammed is often regarded as the holiest place in the Islamic religion where pilgrims of all walks of life gather to worship Allah. 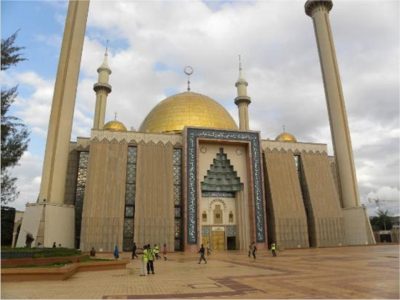 The mosque was constructed in 1984 and is open to both Moslem and the non-Muslim public, except during congregational prayers. It is one of the most beautiful mosque in Nigeria today

This Islamic religious centre is located on Independence Avenue and can be reached whether you are coming from Zone 10 or Wuse Zone 3.

What makes this mosque very beautiful isn’t just its construction but the golden dome that shines especially when the sun radiates on it. The architectural design coupled with the exquisite interior makes this mosque one of the biggest Nigerian mosques in terms of size.

Aside the large hall used of praying, there is also a well equipped library including a religious school and a hall where top Imams meet to deliberate on Islamic matters. 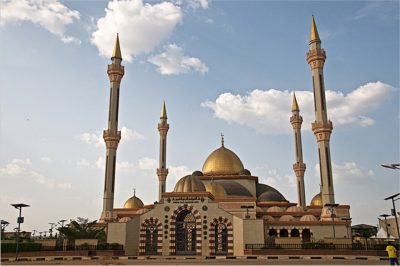 This is the biggest mosque in Nigeria currently. With the new ultra-modern Juma’at Central Mosque of the ancient city of Ilorin. It is a  20, 000 capacity mosque and also a tourist site.

It is well established that the Ilorin the Central Mosque wasn’t the first to be built as there was an existing mosque but it couldn’t contain the growing population of Muslims, hence the need to build a bigger mosque.

It was in 1977 that the construction of the Ilorin central mosque began by Emir Alhaji Zulkarnaini Gambari. The plan according to the then Emir in building the new Islamic prayer center was to provide a larger space where it would be comfortable to worship Allah.

Due to the negligence of the mosque, the building deteriorated which prompted renovation in 2007. Today, Ilorin central mosque is now classified as one of the best mosques to worship in Nigeria today with a very wide car park, an Islamic library and other features 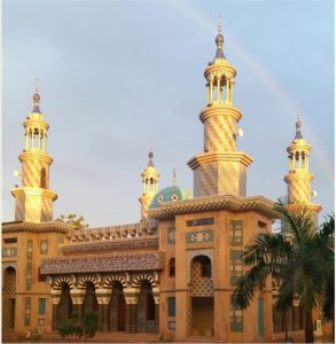 Its location is in Kano State, Nigeria. The architecture of this mosque will awe you. The mosque was named after Alhaji Tofa who was the National Republican Convention (NRC) candidate in the annulled Nigeria’s July 12, 1993 presidential election. It is one of the Nigerian mosque that is very beautiful.

This mosque is the second biggest mosque in Kano and has state of the art architectural designs and facilities. Over the years, this mosque has boosted the tourism sector in Kano state as Muslim and non-Muslim visitors pay homage to this Islamic worship center. 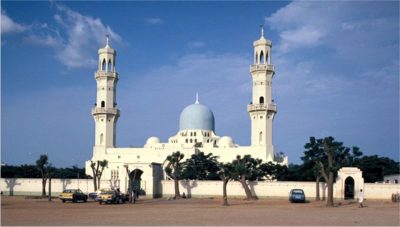 This is another biggest mosque in Nigeria and it is located in Kano, one of the most populated states in Nigeria. The architectural edifice of this mosque is said to be the attraction point especially its hall.

The history of this great mosque began in the 15th century, as it was built first using mud by Muhammad Rumfa until the British financed the recent beautiful mosque as seen in the picture above.

The main aim for the establishment of this mosque is to build a large worship center that would be recognized as a holy place where Muslims, especially Kano’s population can pray to Allah and carry out other religious activities in a relaxed way. 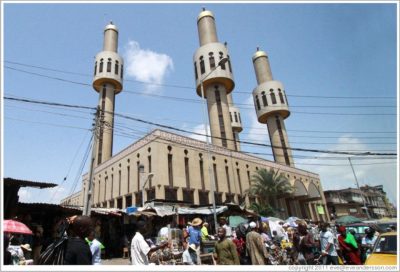 It was formerly the country’s national mosque until the Abuja central mosque was built. The large mosque also has its history as it was constructed during the time of the British colonial masters but opened to the public in 1988. The design of this popular religious center features many artistic styles to behold.

Within its compound, there is a car park that can accommodate many cars especially when there is a national prayer event. There is also a well decently designed house for the Chief Imam who is in charge of the mosque itself.

ALSO READ:  Ethnic Groups in Nigeria And Their Foods

The Lagos Central Mosque has continually been ranked among the most visited mosque in the country and has lived up to its bidding.

If you know any other bigger mosques in Nigeria or any more beautiful ones, let us know below