Kwara State University, most often referred to by the acronym KWASU, is situated in the South-Western region of Nigeria. This higher institution of tertiary learning is accredited by the Nigerian Universities Commission (NUC) and it is the 95th varsity to be so recognized by the commission in the country. If you are looking to enrol into KWASU and you need clarity on the courses offered, you are at the right place. 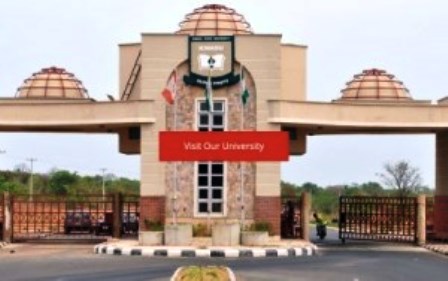 Under the distinguished leadership of the then Governor of Kwara State, Dr. Bukola Saraki, the Kwara State University was birthed in 2009. The aim of establishing this university at that time was to make sure that it became the hub for community service in that region through the courses offered as well as raising a generation of students who would be well rounded in entrepreneurship.

Talk of establishing KWASU can be traced all the way to November 1990 and as at 2002, groundwork was put in place to convert the former Kwara State Polytechnic into a university by a former Governor of the State, Alhaji Mohammed Alabi, this also included the need to change the list of courses offered at Kwara State University from that of a polytechnic to that tailormade for students in a varsity setting. All these were met with much optimism from all stakeholders involved, thus setting in motion the process of turning Kwara State Polytechnic of yesteryear into a full-fledged university.

On November 11, 2007, during the regime of former Governor, Bukola Saraki, he inaugurated a Planning Committee overseen by another former Governor, Alhaji Mohammed Shaaba Lafiagi to ensure that the establishment of the Kwara State University was properly executed. The Bill for the KWASU was signed into law on 24 November 2008 and on 9 November 2009, the certificate and instrument to operate the university was obtained from the National Universities Commission (NUC), thus signalling the birth of the university.

On taking off as a full fledged university, Professor Abdul Rasheed Na’Allah was appointed Pioneer Vice Chancellor. Prior to that appointment, he was Chair of the African-American Studies Department at the Western Illinois University, Macomb, USA. Professor Abdul Rasheed Na’Allah’s appointment took effect on Tuesday, 28 November 2009. KWASU operates from its headquarters in Malete, Kwara State, with two other proposed campuses to be located in Ilesha-Baruba and Osi-Opin.

At the Malete campus, which as earlier stated, is the headquarters of the university, there are within it some colleges which include the College of Pure and Applied Sciences, College of Information and Communication Technology, and the College of Education. The Osi-Opin campus will see the Colleges of Engineering, Humanities, Management and Social Sciences all situated within it while the Baruba Campus will house the College of Agriculture and Veterinary Sciences.

Prospective students looking to get admitted into KWASU to study any of the courses offered at the University should do well to score at least 200 in the Unified Tertiary Matriculations Examination, UTME organized by tge Joint Admissions and Matriculations Board, JAMB. Cut-off mark at KWASU ranges from 180-200 depending on the course applied for. Prospective students are also advised to get at least 5 credits in their Senior School Certificate Examination (WAEC and/or NECO).

Having been put through on what to do to get into KWASU, the history of the school, the locations of their campuses and all colleges situated in the school, we have listed below all Kwara State University courses for your perusal.

List of Courses Offered at Kwara State University this 2022