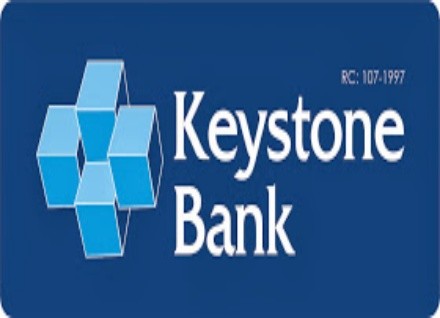 It is the dream of most graduates to work in a bank due to the kind of salary they pay their staff. Keystone Bank Nigeria is no exception as their entry level basic salary is fair compared to what other top companies in Nigeria pay their workers. The Banking sector just like the oil and gas industry is one of the highest paying sectors in terms of salary. Although there exist some differences in how much banks in Nigeria pay their workers as no specific law compels them to have a fixed amount for their staff.

Keystone Bank is a well-known commercial bank operating in Nigeria. The Sigma Golf River Bank Consortium owned bank runs a full serving banking throughout the country. Keystone Bank has its headquater in Lagos, from which they manage the firm. The Central Bank of Nigeria (CBN) granted the bank full banking license on May 5, 2011, and since then they have been effective in the Nigerian banking sector.

Our writeup about Keystone Bank will be examining about the bank’s salary structure for graduate trainee, entry level staff and other senior banking officers. We will be explicit on this and also give the ranking of these employees in the Bank.

The salary structure of Keystone Bank is merly just as other banks in the country. They have a high salary structure for their employees, both junior and senior banking officers (SBOs). The pay is graded as per the rank you are in the bank, as the highest earners are the senior officers and managers. A new intake which is regarded as entry level is not poorly paid, as they are also rewarded with a considerate salary with credits to the Human resource management team of Keystone Banks as they strive to see to the welfare of their staff.

It’s not a mere illusion that Keystone Bank pays well, but rather, if you have been in the banking sector, your would agree with to this fact. They give their employees good salary adding with incentives, which is in the form of bonuses. Giving of soft loans to their staff to purchase vehicles and pay with little or no interest, is another benefits Keystone Bank offers to their employees.

Without much ado, here are the Salary Structure of Keystone Bank for all the level and ranks of the company:

Graduate Trainees are the newly employed staff of Keystone bank, who are sent on a compulsory training before they are fully admitted to the bank. This training always last for some months as it will introduce them to the banking system and also give the trainees the first experience of the system. Keystone Bank always pay their graduate trainees in the region of N43, 000 every month, as they undergo the training exercise.

The Entry Level is the following rank in Keystone Bank upon completion of the trainee program. This rank puts you on the first stage of the Bank’s salary payscale, which will be subsequently increased. Keystone bank pays its entry level employees a salary of N60, 000 – N75, 000 on a monthly basis. This amout may slightly differ for some cases as it is paid according to department and unit the staff belong to. The good pay they offer to their new employees has make the bank to be considered to have more monetary benefits that some other long standing banks may perhaps be missing.

According to other sources, for its entry level staff salary, Keystone Bank pays an amount between N127,000 monthly according to department and unit. Your pay may also rise as time passes as long as you are still in the system. Apart from the basic salary you receive, there are other allowances and benefits that the bank pays and you are also entitled to a leave break.

The Loan Officer is one of such ranks a staff of Keystone Bank can be promoted to after passing the entry-level rank. This promotion is usually possible with the right qualification and experience.

A monthly salary of N573,000 is what Loan officers at Keystone Bank are paid. With such a worthing amount, the fact that this bank caters for the welfare of their employees can’t be rule out.

This is another staff rank at Keystone Bank. This are the Credit Analyst, whose role is a major function for the Bank. Due to the criticality of the work of Credit analysts, they are take a lot of money home on months end. Credit analysts in Keystone Bank receives N310,000 per month as salary. This amount is fairly good and is subjected to increase as the staff experience broadens.

Branch Managers of banks are the forerunner of the various branch of the bank. Their work requires effective management and it is very critical. These senior bank employees are very much paid because of their intense mangement of the bank branch. For Keystone Bank, the salary of a Branch Manager is N732,000 on a monthly basis. This  gives a total of N8, 784, 000 per year from the above figure. This amount is seemly small as some cases may reach N1 million with addition of some exclusive benefits that are specifically for the position.

In all, Bank Managers are seen as in the height of the company’s employees rank. The position is very limited and gaining entry to it may be intensified. But with high qualifications and many years of work with the bank, you may be considered in to this role in Keystone Bank.

Conclusively, Keystone bank is a bank that is passionate for their employees. Apart from the salary aspect, the bank develop their new and existing staffs periodically, regardless of the rank they belong to. This is always by sending them to training, workshops and on further educational development, so as to broaden their skills and experience in the banking line.

Also, incentives on the form of bonuses is always given to staff, and to complement to the attractive salaries. This is why Keystone Bank is preferred by lots of job seekers and graduates who intend on the banking industries. This is our take on this as we have so far examine the salary structure for different job levels at Keystone Bank in Nigeria.