Biography, salary and current Net Worth of José Mourinho, football manager of Tottenham Hotspur FC, former Manchester United Football Club manager who at some point in his illustrious career was assistant coach at Barcelona and later, First team Coach of Porto, Chelsea, Inter Milan and Real Madrid. José Mourinho is also widely regarded as the best footballing coach in the business with his knack for winning trophies almost every year. 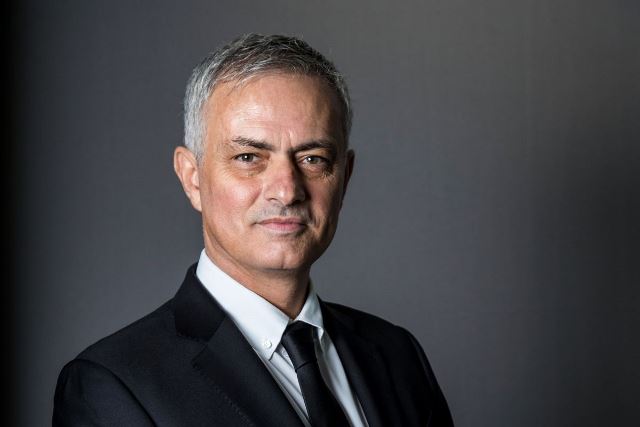 José Mario dos Santos Mourinho Felix was born on 26th November 1963, in Setubal, Portugal. He is considered by many as the best coach of his generation and he has proved it over again by winning various titles with every Football Club he has managed.

José Mourinho is among the top 10 English Premier League Football Coaches at the moment. José Mourinho has since been named best Portuguese coach of the century in 2015 by the Portuguese Football Federation and most recently in 2017, he was named among the 10 greatest football coaches since the foundation of UEFA in 1954.

Before being a Coach, José Mourinho was a footballer too but he played his football at relatively small clubs in the Portuguese second division such as Rio Ave, Belenenses and Sesimbra. He was a central midfielder.

In this post, we shall sum up José Mourinho’s current salary and net worth of the former Manchester United manager. We shall also answer the question on how rich is José Mourinho currently?

José Mourinho studied Sports Science at the Technical University of Lisbon, Portugal before moving on to take coaching courses in Great Britain.

For his personal life, it is known that José Mourinho married his wife Matilde “Tami” Faria in 1989, and has two children. He is Roman Catholic.

José continued with Sir Bobby until the later left the club and Louis Van Gaal took over at Barcelona.

Van Gaal would later understand Mourinho as a good coach and gave him the opportunity to coach the Barca B team and as coach of Barca B, José Mourinho won the Copa Catalunya in 2000.

He was finally sacked by the board after a poor run of results and fall out with players. He would be paid £24 million due to the fact that he signed an improved contract with the club till 2022 with an option of an extra year.

Currently, Mourinho is the football manager of Tottenham Hotspur football club till 2023. He is reported to earn a salary of £15 million annually which makes him the second highest paid football coach in the world.

José Mourinho’s net worth is at $60 million, which makes him one the highest paid football coach in the world presently.

His current salary when he was manager of Manchester United is $17 million annually and his value in the market will continue to increase due to his portfolio as a top manager.