Biography of Jessica Elvis: Who was she?

Late Jessica served as one of the oldest secretary in a non-governmental organization known as the National association of Nigerian Prostitute (NANP). She also was the president of NANP before she died.

Jessica reigned as the secretary the of organization for 13 years; from 2002 to 2015. Her real picture is concealed in respect of her memory.

According to Wikipedia, the National Association of Nigerian Prostitutes (NANP) is a professional organization in Nigeria that has been set up with the goal of assisting adult sex workers.

This association is popularly known by citizens to be an association where prostitutes across Nigeria come in contact to discuss issue facing them as an individual or as a collective unit.

Another mission of the organization is also to ensure that prostitutes come together to voice out their displeasure with the government for criminalizing the profession.

While Jessica was alive, she was the leader of an estimated 20, 000 prostitutes around the country. She made it clear that her association members were peacemakers and not prostitutes.

According to Jessica Elvis, the mission and purpose of the club is not only caring for its members alone but the association is concerned about the welfare of all women generally living in the country.

Jessica made this known to the public when she became the president of the organization in 2015 through election among members.

As the president of The National Association of Nigerian Prostitutes(NANP), Jessica promised to bring improvement to the organization’s standard. First, by creating a federation ID for members; she also promised to ensure that members will be treated just as other governmental organizations like NNPC and CBN are treated in terms of financial value.

She also wanted registered members to stop staying by the roadside as she promised to create an official website where clients can easily order for any member of their choice.

Jessica Elvis also believes that her tenure will be backed up by the Buhari-led government. According to her, the partnership with the federal government will help to protect members from being molested or duped.

Jessica marriage wasn’t feasible. She made it clear that marriage was a no go area for her.  She hated it that she had to be a prostitute.

It was said that Jessica made quite a fortune for herself as a prostitute or to be it succinctly, a peacemaker.

She built a house for her parents and also had other business ventures which she also had. She had edifices in Lagos and Abuja respectively. Her wealth is currently used to train her only daughter which she had.

Not much is known about Jessica’s plans for retirement but before she died, in a interview granted to dailypost, she was quoted saying she wanted to have s*x with Real Madrid football star, Cristiano Ronaldo and Nigerian music artiste, Wizkid. These plans were known to her colleagues.

It will shock you to know that Jessica was a devout Christian who believed in Jesus Christ. According to her, she doesn’t miss church activities.

She made it clear that many will be surprised that she will end up in heaven, especially those who thinks that her and her colleagues will go to hell fire on the last day.

While alive, Jessica said she had a boyfriend. She claimed that she almost cut off the pen*s of her lover because he cheated on her. She also claimed that she was a jealous lover and overprotective in nature. Funny enough, her boyfriend never knew what she did as a profession.

Jessica parent’s never knew that their daughter was into. But she built a house for them.

Jessica also had a teenage daughter who completed her secondary school education recently in Lagos. She is called Sabina Green. Her real name is concealed for security reasons.

Sabina has denied all reports about her mother’s job as a prostitute, declaring them false. She is a brilliant champ who came overall best in Mathematics and Chemistry at her school during her graduation. She wants to study Biochemistry as a course in a foreign university.

Jessica Elvis died on the 25th of December, 2015 as a result of a heart related disease. She died in a hospital in Edo State. According to Sabina, it was negligence on the part of the hospital that caused her mother’s death as they didn’t respond on time to the situation.

The Secretary General of NANP sent a text message to one of the media personnels about Jessica’s death. The statement confirmed Jessica died as a result of a heart related condition which she had battled with for years. Following the death of Jessica, Tamar Tion was elected the president of NANP and Sandra Efosa as the secretary general.

Below is the untold truth about Jessica Elvis

You may not have come across the name, she may not be as popular as other citizens in the country but there are certainly something you must know about this lady who died in 2015.

Jessica Elvis, who was born in Edo state some years ago, told reporters that her relationship with her boyfriend crashed as a result of infidelity on his part who resides in abroad.
The boyfriend doesn’t know what her girlfriend (Jessica) does for living.

Before her death, Jessica gave birth to a daughter who recently graduated from a secondary school in Ikotun, Lagos state.

Popularly known as Sabina Green, Jessica’s daughter wish to further her education oversee. She also believes her mother was never a Prostitute irrespective of what she reads on social media.

Jessica Elvis was confirmed dead as a result of heart problems through NANP General Secretary on the 25th of December 2015.

She was survived by her only daughter and her parents, who equally doesn’t know what she does until she became NANP president in 2015.

Jessica is very secretive about her personal data such as age, full name,state of origin and other details. 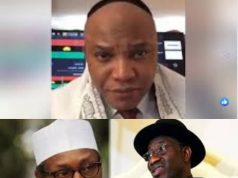 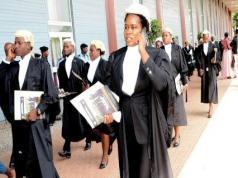