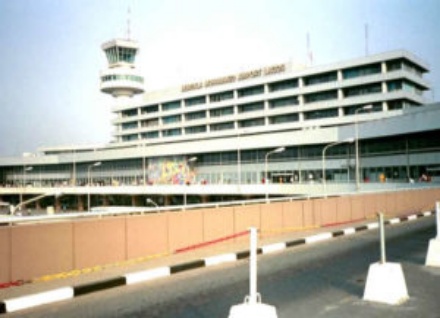 For whatever reason you might want to travel out, be it for education, tourism, or even work or medical purpose, having information about all Nigerian International Airports will come in handy.

HOW MANY INTERNATIONAL AIRPORTS ARE IN NIGERIA?

Nigeria has a total number of 11 international airports currently, but five (5) out of them are fully operational to handle international flights accordingly. The airports in Nigeria that can be said to be of international standard are 5 in number.

These and the other airports are been owned and managed by the Federal Airports Authority of Nigeria (FAAN).

Here are all Nigeria’s international airports that are functional and their locations.

ALSO READ:  How to Buy Goods from AMAZON & EBAY and Ship To Nigeria Easily

Murtala Muhammed International Airport located in Ikeja, Lagos state is the best, busiest, and largest airport in Nigeria. It was formally known as Lagos international airport before it was renamed to its current name. It was established during the Second World War.

The airport houses the headquarters of the Federal Airports Authority of Nigeria (FAAN), the Accident and Investigation Bureau (AIB), Arik Air and Aero Contractors.

It is also the home to the Lagos office of the Nigerian Civil Aviation Authority (NCAA). In total, the airport had been associated with about 8 accidents and incidence.

Located in the Federal Capital Territory (FCT), Nnamdi Azikiwe International Airport is the second busiest international airport in Nigeria (of course, the 2nd in the country).

It was established in 2000 but commenced operation in 2002 and it has both an International and domestic terminals which shares the same runway. This airport is said to be one of the best in the country.

The airport only has one flight terminal which serves both domestic and international flights. However, the facilities are separate.

This airport had it name associated with 3 accidents in total out of which the Sosoliso Air crash, one of the most popular aircraft accidents in Nigeria is among.

The Mallam Aminu Kano International Airport is the oldest airport in Nigeria; it had been in operation since 1936.

This airport before independence serves as a Royal Air Force Station. Currently, it serves both civilian and military flights though they use separate runways.

The bulk of international flights cater to the large Lebanese community in Kano and Muslim pilgrimages to Mecca.

The airport had been associated with 3 accidents out of which one is the worst aviation disaster in the history of Nigeria (Kano Air Disaster).

This is the least busy of the international airports in Nigeria; it is also known as Enugu Airport and serves the capital city of Enugu and the surrounding towns.

The state of most of these airports are nothing to write home about. In fact, Murtala Mohammed International airport and Nnamdi Azikiwe International Airport are the only two which are mostly used by all.