Home Government The Major Importance of Voting in Nigeria

A democratic nation like Nigeria values the ability of its citizens to vote for their government. Many people in our country are entitled to vote, yet few enjoy doing so. According to INEC data base, the largest voter turnout in Nigerian history occurred during the 2019 general elections, where 35% of eligible voters participated. The fact that there has been such a rise in voting is encouraging, as every vote counts toward a better tomorrow for our nation. 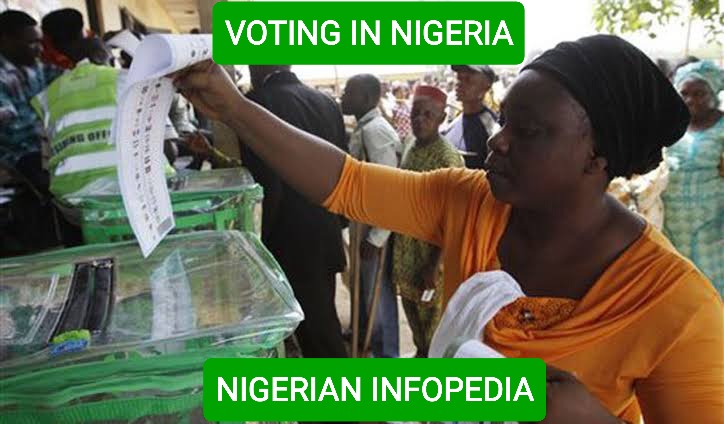 In a true democracy, the importance of voting cannot be overstated, since all of the people participate in making decisions that affect both their future and the future of the nation. But there has always been an gap between the electorate and the electoral system. In order for voters to understand the significance of the electoral processes, there must be a fundamental change in their way of thinking. This post will go into great detail on these significance of voting in the country today.

IMPORTANCE OF VOTING IN NIGERIA

Here are 8 major reasons why the voting process in Nigeria is very important for its democracy.

VOTING ENSURES THE ELECTED ARE ACCOUNTABLE

Voters have a great deal of influence over who becomes president. Voters have the exclusive authority to remove leaders from office if they break their pledges. People have the ability to hold their leaders accountable through voting.

Elections free of fraud are crucial in today’s culture since transparency is one of the factors. People should be allowed to freely use their constitutional right to choose the representatives they think are best. This makes it more difficult for them to hold elected officials responsible. Additionally, when voters don’t turn out, dishonest politicians may hold in power while breaking their campaign pledges.

The democratic process is at the heart of the voting process. People now have the ability to select their representatives by voting. Election participation and voting rights are more significant the more individuals who do so.

This guarantees that party candidates for office will defend the interests of these voters. When voters don’t cast ballots during elections, competent representatives won’t be motivated to hear what the people have to say. This one act, voting, safeguards democracy when people really turn out to elect their leaders from the various registered political parties in Nigeria.

Voting with the consideration of the environment is crucial since it is well known that climate change poses a threat to the future.

Environmental policies have grown to be serious concerns in a number of societies nowadays. It is safe to state that certain politicians are aware of the critical climate change crisis the globe is in. Others, however, lack awareness of climate change and do not perceive it as a concern. The choice of the best candidate to handle crucial environmental matters rests on the electorate.

VOTING IS IMPORTANT IN NIGERIA’S DEMOCRACY BECAUSE EVERY VOTE COUNTS

Many people nowadays in the world we live in believe that one vote doesn’t matter. They are ignorant of the reality that it actually counts. It is well known that most elections have a narrow margin of victory.

In election situation, it is most likely that the victor prevails because he received a few more votes than the opposition.

Each and every vote has the potential to make a difference. Everyone will act appropriately if they understand that their vote matters. Because every vote matters in Nigeria’s democracy, it is safe to assume that voting is crucial.

Nigeria engages in commerce on a global scale with other nations. Nigeria and other nations have mutual interests. Voting has an impact on foreign policies that affect international trade and currency.

Many people are unaware of the extent to which their votes affect these international policies. These laws may have an impact on how we live our daily lives. Consider the cost of goods and services, the cost of gasoline, or even the availability of employment.

Voters choose the leaders who will be in the forefront of society when they cast their ballots.

VOTING HELPS IN SHAPING THE ECONOMY OF THE COUNTRY

The rules that govern the country influence social policies in the same way that they influence the economic growth of the country. In order to make choices about the federal and state budgets, party members are elected to office. The representatives choose how much funding is allocated to each sector.

Voters have the opportunity to make their economic preferences clear. They would cast their votes for qualified candidates who they believed would effectively manage the nation’s economic crisis.

Elections have a huge impact on social policies. The results of the elections will determine each of these social programs. Social laws and rules, such as those governing speech, marriage, and religion, among others. Each of these has an impact on society’s citizens in some way.

ALSO READ:  Merits and Demerits of Presidential System of Government

Voting is crucial because it gives you a voice in who gets to enact laws governing social policy. Additionally, voting affects the laws that are implemented.

The right to vote is one of our human rights as citizens of the nation, and it gives us a say in who controls the government. Voting for representatives has been a democratic right in Nigeria since since the country’s founding. Their other human rights are likewise upheld and protected by their freedom to vote. This covers a variety of rights, including the freedom of association and the right to free speech. People have the ability to defend their human rights by voting.

In modern Nigeria, voting is extremely important. People have the option to select from a variety of party members to represent them in government. Elections involve the casting of ballots. People turn out in large numbers to vote for the candidates they believe are most suited to run the country’s affairs during such elections. Nigerians do have right to vote in order to choose their leaders and generally have a voice in how the country’s affairs are conducted. The significance of the voting process in Nigeria’s democracy has been dully examined in this post.