Nigeria is a democratic country in which political parties play a crucial part in this democracy. All of the political figures in the nation are chosen by the public populace in open elections. The victorious candidates speak for their respective constituencies. The president is the top leader among all the leaders and has the power to make decisions that would advance the nation’s development. 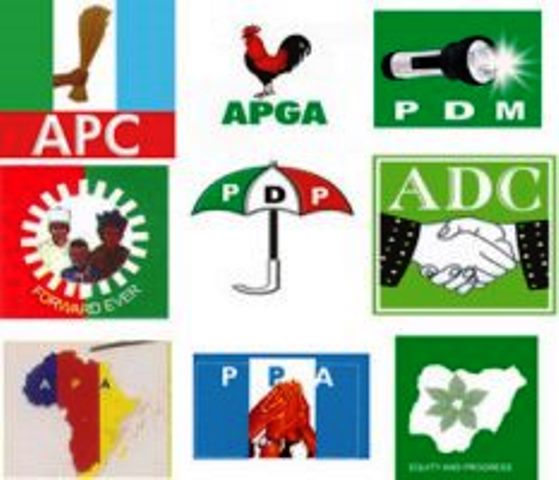 IMPORTANCE OF POLITICAL PARTIES IN NIGERIA

The following list demonstrates the importance of political parties to the nation’s democracy.

Political parties facilitate access to employment prospects for those at the grassroots level. They improve societal well-being and ensure that everyone has access to necessities of life. They make sure that people have access to the fundamental necessities of life, including good roads, reliable power, employment, reliable running water, good schools, and good hospitals with sufficient medical resources. Political parties contribute to the improvement of the general welfare of the populace by offering competent leaders.

Any given nation’s parliament, let’s say Nigeria’s, is supported by political parties. They are in charge of gathering the citizens’ representatives. The representatives of the political parties in the congress are chosen by the electoral authority. The party with the majority of votes wins the majority in Parliament, and the party with the minority of votes becomes the opposition. This opposing group always scrutinizes what the governing group does.

The primary political decisions made in Nigeria are heavily influenced by the political parties. They choose the caliber of representatives or candidates that Nigerians will be asked to vote for and ultimately choose to fill positions of authority.

PARTIES IN POLITICS PRESENT SUITABLE REPRESENTATIVES TO THE PUBLIC

Political parties play a role in shaping and influencing public and governmental policy in Nigeria. Citizens cast their votes for the political parties of their choosing in every election. Government and public policy are consequently influenced by this. In a scenario where residents elect a political party to represent them in the government, the party’s political policies would have been in the best interests of the voters who chose the party. The goal of these policies should be to improve the nation’s status.

POLITICAL PARTIES PROMOTE THE MAIN PRINCIPLES OF PATRIOTISM AND UNITY

Nigerian political parties advocate for the nation’s fundamental values of patriotism and unity. They promote unity and align everyone’s interests. While a nation’s population may be divided by regional, religious, or even national issues, they are tied together by political parties, which fosters nationalism and solidarity.

Political parties in Nigeria create an environment that encourages individual initiative and free enterprise, which in turn promotes economic progress and national growth. They make sure that there is no violence involved in political activity. They made particular arrangements to guarantee a favorable political climate.

Political parties identify influential citizens and provide them a voice. Political parties seek out enthusiastic citizens who are interested in running for office and people who are also concerned about the welfare of their nation in order to appoint highly respected leaders.

The burden of providing the people with effective governance falls on political parties. They make sure that excellent people, whether at the state, local, or federal levels, are in charge of Nigeria’s inhabitants. See how to join a political party here.

OTHER IMPORTANCE OF POLITICAL PARTIES IN NIGERIA

Political Parties collaborate with the Independent National Electoral Commission (INEC) to guarantee that the election process’ procedures are carried out in accordance with the law and in a free and fair manner. They follow the timeline INEC gives them to conduct their primaries.

Political parties serve as election monitors in order to ensure fairness at the polls. They keep an eye on the vote tally.

Citizens are involved in voter education through political parties. They plan several rallies or political campaigns to inform the public about the importance of voting.

A registered political party in Nigeria work to stabilize the political system through their initiatives.

Political parties in Nigeria act as a conduit between the executive branch and the populace. They act as intermediaries.