If you read the Nigerian Constitution closely, you’ll notice that the country is referred to as the “Federal Republic of Nigeria.” Our country’s federal system is defined by this phrase. While there are other countries that practice true federalism, Nigeria is referred to as a quasi-federal state. In this write-up, we’ll analyse the significance of federalism in Nigeria today. 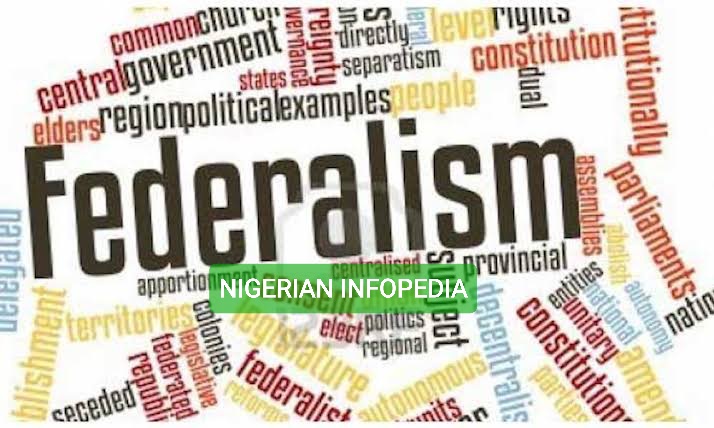 WHAT DOES FEDERALISM MEAN?

Federalism is a two- or more-government system. That is, in one system, two governments will coexist — state government and central government. Federalism in Nigeria can be defined as the distribution of power among local, national, and state administrations. This is similar to the political organization approach used in Canada and in the United States.

Federalism is, at its heart, a system in which the two branches of government work together. In general, there are two tiers of government under federalism. One is a central authority that oversees the country’s major affairs. The other is more of a local government that is responsible for the day-to-day operations and activities of their territory.

Learning about the aspects of the federal system is the ideal method to gain a full understanding of it. The actual nature of federalism is reflected in the combination of these traits. Let’s look at them in the context of Nigeria:

The basic aspect, which is the definition of federalism, is that the country has at least two levels of governance. There could be even more. However, power is not centralized in the hands of a single government. Another crucial feature is that the federal government must be guaranteed by the constitution.

However, it is equally critical that no single level of government can unilaterally change or amend the constitution’s most vital and fundamental clauses. While the two levels of government share power, there should also be a revenue-sharing structure in place.

Whether a state is federal or unitary is largely determined by the nature of the relationship between the federal and state administrations.

IMPORTANCE OF FEDERALISM IN NIGERIA

The importance of federalism in Nigeria is listed and explained below.

UNITY OF THE COUNTRY

One of the grounds for Nigeria’s federal system of administration is the country’s unity. Federalism was established primarily to promote peace and unity among the country’s various regions. Federalism has evolved as a means of meeting people’s rising desire to retain or restore the intimacy of small societies in many places throughout the world.

As a result, there is an increasing need for larger groups to mobilize the use of shared resources. The ambition of the federation’s constituent units to create union in some areas has resulted in this unification. A simple desire to unify is insufficient; there must also be a desire to remain apart in other areas. If there is no desire to remain distinct, the organization will not be federal.

A STRATEGY FOR DEVELOPMENT

Nigeria has aspired to employ a unitary government structure since attaining independence. As a result, the founding fathers adopted federalism in order to imitate similar development at home. They saw federalism as a means to a goal, which they saw as an all-encompassing development sweeping across the country.

Unfortunately, because of our leadership’s moral and political blunders, this has mainly remained a pipe dream. Due to the obvious magnitude of our population, federalism is critical in Nigeria. The country’s population is not only enormous when compared to that of other countries; it is also expanding on a daily basis. To keep everyone moving forward, a government with more decision-makers is required.

ALSO READ:  Organs Of The United Nations And Their Functions

The fear of marginalization is another compelling cause for federalism in Nigeria. The colonial rulers decided it would be prudent to partition the country into many component parts, each of which would be represented in the government. This assisted in resolving the issue of leadership marginalization.

Nigeria has 350 ethnic groupings, including three main tribes (Hausa, Yoruba, and Igbo). It is both obvious and vital for unity to avoid smothering the concerns of minority groups in the stream of the dominant groupings. The threat of marginalization by the minority in a centralized administration has impacted the majority state support to a substantial measure. As a result, federalism appeared to be Nigeria’s sole viable alternative, as it allows for popular participation in government.

THE SIZE OF THE COUNTRY

Nigeria as a country covers a wide geographical region, and the number of states in Nigeria is the same as the total population of several African countries. Federalism is critical for ensuring that people from all parts of the country have a voice in decision-making groups (i.e house of representatives and in the Senate).

This is done to ensure that everyone feels included. As a result, when a project is launched, ownership and a sense of belonging will ensure that it receives full support and minimal opposition.

The presence of resources in a specific region, as well as the necessity for that region to control those resources, has been cited as a basis for Nigeria’s federal structure. This has anything to do with the specific sharing formula used. Everything belongs to the central authority in a unitary constitution that defies federal ideals. The federating unit does not exist, much less is fighting for resource control. In a federal government system, however, this is not the case.

Finally, it is critical to understand why Nigeria continues to practice federalism today. The reason for this is that the system appears to fit our political values and culture. Federalism is an appropriate system of administration for Nigeria since it is a heterogeneous country, and it is more workable in such a country.

Federalism, in my opinion, is a good arrangement for Nigeria. It enables citizens to participate in politics at all levels of government. Even the people in the country’s remote areas are permitted to engage in politics by choosing their representatives to office. That’s the size of this article.