Nigeria shut its land borders in 2019 to make sure it had complete control over its imports. Due to the smuggling of rice into the nation, the authorities decided to close the border. There were also unauthorized exports of cheaper, subsidized gasoline from Nigeria to its neighbours. The government’s revenue has increased significantly as a result of the closure of Nigeria’s land borders. With more commodities coming into the country legally through the ports, it has made sure that more taxes are collected, thereby improving the nation’s treasury. The significance of border closure in Nigeria will be carefully examined in this blog post. 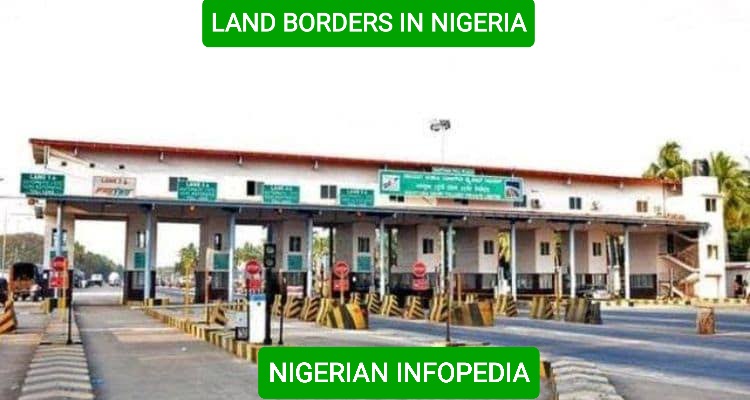 Below, we’ll talk about why Nigeria’s borders should remain closed.

The safety and welfare of a nation’s residents fall completely under the jurisdiction of the government. The closure of the nation’s land borders was motivated by a desire to fulfill this obligation that the Nigerian government owes its citizens. The Nigerian administration has made significant progress since the borders were shut. These successes include a rise in employment opportunities and a tremendous growth in the production and sale of domestic goods. The government’s income from legally imported commodities has increased as a result of the implementation of the closed border policy.

Additionally, the implementation of the closed border policy has resulted in the development of mills of all sizes. These mills were built in order to make certain that rice was produced domestically and that the gap left by the tariffs imposed was filled. Due to an increase in both the demand for and the purchasing of local rice, this has become viable.

Since the implementation of the closed border policy, the rate of fuel subsidies has also decreased. In recent years, there have been more rice farmers. The number of well-established businesses is likewise increasing. Formally, the ongoing smuggling of rice and poultry goods prevented rice millers and poultry producers from making sales. They are currently experiencing phenomenal sales, which has aided in the creation of jobs for individuals.

In other words, there is undeniable evidence that the status of the Nigerian economy has improved since the implementation of the closed border policy.

BORDER CLOSURE AIDS IN CONTROLLING THE INTAKE OF UNDERSTANDARD GOODS

Nigeria as a country doesn’t have the resources and know-how necessary to both keep an open border system and effectively police activity at its land borders. Both the National Immigration Commission and the Nigerian Customs Service lack the necessary equipment and expertise to effectively monitor the operations along Nigeria’s border. The nation’s border gates were left opened as a result, which had negative effects. This encouraged both foreigners and locals to facilitate their criminal activities, such as the infiltration of contraband goods, drugs, food, and other stuff.

ALSO READ:  Software Engineering in Nigeria: How To Start Your Career (2022)

These rice bags were being smuggled illegally as well. Additionally, they were of poor and inferior quality.

However, it has been noted that the importation of subpar items into Nigeria has significantly decreased since the closed border policy there was adopted and put into effect. The border shutdown has assisted in reducing the amount of inferior items entering the nation.

Unrestricted competition, particularly from imported goods, was a problem for Nigeria’s industrial industry. Additionally, smuggled items into the nation through its state boundaries were not carefully inspected. Due to this, the prices at which these illegally imported or even locally produced goods were sold were cheaper than those of legal imports.

Notwithstanding the subpar quality of the smuggled items, this price disparity fosters healthy competition for these illicit commodities. As opposed to those that are created locally and those that are lawfully imported.

The introduction of this practice has also accelerated the demand for locally grown rice. Therefore, it is accurate to claim that the Nigerian border shutdown has assisted in reducing unjust competition in the Nigerian market. Additionally, this has boosted the number of people buying locally made goods. Due to the rise in demand for regional poultry, local poultry farmers have also had cause for celebration.

ALSO READ:  How To Avoid Getting Into Trouble With Cultists On Campus

CONSEQUENCES OF THE BORDER CLOSURE

Closing borders has far-reaching negative effects. The National Bureau of Statistics reports that in December 2019, food inflation increased to around 15%, which was the highest level in previous years. Over 2.6 million Nigerians live in the northeast in food insecurity, making this a concerning statistic. The most vulnerable Nigerians spend more than 60% of their income on food. High food costs also motivate people to continue smuggling food illegally. They accomplish this by purchasing goods at low costs in neighboring nations and then selling them in Nigeria for greater prices.

The border shutdown has negatively impacted Nigerian consumers altogether. This is due to the fact that even the most vulnerable citizens do not receive compensation from the government in the form of cash handouts or food stamps.