In this article, Nigerian Infopedia takes a look at the brief history of Imo State, her local governments, her economy, her past and present governors and the natural resources found in this wonderful state in our dear country fondly known as the Eastern Heartland.

On September 3, 1976 General Murtala Muhammed carved out a State in Nigeria from the old East Central State and named it Imo State. This was how this darling of Eastern Nigeria was birthed.

Imo takes its name from Imo River, it lies within latitudes 4°45’N and 7°15’N, and longitude 6°50’E and 7°25’E. The capital of the state is the beautiful city of Owerri which also doubles as its largest city. As you approach Owerri from the Western part of Nigeria, the first beautiful sight you see is the magnificent Maria Assumpta Cathedral.

There are twenty-seven (27) Local Government Areas in Imo State and they’re listed below.

With Owerri being the largest and major city in the state, there are some towns however, which hold great importance as well. In no particular order, these major towns in Imo State include:

Imo State is located in the south-eastern part of our beloved country, Nigeria. It spans a total area of 5,530 square kilometres. Imo shares its border to the north with Enugu and Ebonyi States; to the west with Anambra State. To the south, it shares its border with Rivers State; and to the east, with Cross River and Akwa Ibom States respectively.

There are many rivers in Imo but the major ones are the Imo river, Otamiri and Njaba rivers. Njaba can be seen as you go through Awo-Omamma from Onitsha to Owerri via the Njaba bridge. The main lakes in Imo State are the Oguta lake and the Abadaba lake.

The Eastern heartland is a tourist destination with the State Government doing everything possible to attract investors through the Imo State carnival organized every year. Apart from that, Imo boasts a good number of tourist sites and they are listed below.

Past and Present Governors of Imo State

Since her creation in 1976, the Eastern heartland has been ruled by both military and civilian governors. All together, there have been fourteen (14) governors who have ruled Imo state till date and they are listed below. 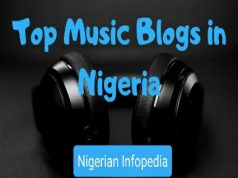 Full List of Seasons in Nigeria And Their Weather Characteristics

Is Nigeria A Safe Country To Visit? See Answer