Home Uncategorized How To Report A LASTMA Official By Filing Complaint

If your vehicle has been stopped wrongly by LASTMA officials or you have been harassed by any of these state traffic officers, the right thing to do is to file a complaint against the LASTMA official(s) as the case maybe. This article provides information on how to report a LASTMA official and the numbers to call to make your complaint. We also included their powers, so that you would know when you are in the right. 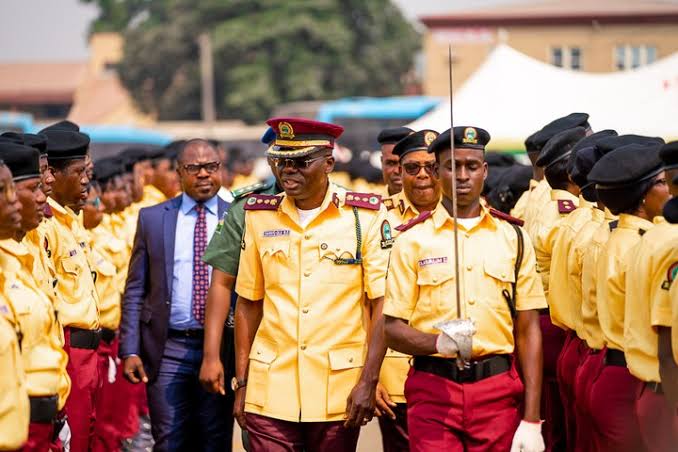 LASTMA is the acronym for Lagos State Traffic Management and this traffic agency was set up by the Lagos state government to regulate traffic on Lagos roads, protect law-abiding road vehicle users and arrest traffic offenders who go against the state’s traffic laws in the state. Although, LASTMA have their responsibilities and roles on motorists defined, the LASTMA officials are not empowered to harass, maim, intimidate, exploit or wrongfully accuse an innocent motorist as a lawbreaker by demanding bribes or forcing financial demands upon them.
If you a Lagosian, you must have seen or being a victim of LASTMA officials intimidation of any sort. It becomes imperative that you know your own rights, the powers of LASTMA officials and the numbers to call to report an erring LASTMA official. We shall look at the roles and powers of Lagos State Traffic Management Officials (LASTMA) as they have power to arrest but can’t detain anyone.

There are many roles that LASTMA officials perform in the state such as regulating motorists and other road users. Unfortunately, these functions are sometimes neglected and are used to intimidate innocent motorists. The primary functions of LASTMA officers include:

CAN A LASTMA OFFICER ARREST ME?

Yes, LASTMA officials have been empowered by law to arrest suspected individuals who commit road traffic offence just like other traffic regulation agencies. To avoid arrest, you have to be on the right so that you can either challenge the accusation by requesting for a trial by a court. If you are found guilty and can’t defend yourself, you are expected to pay the summary fine or they pay damages. You should be aware that LASTMA officials don’t have the right to detain any individual, but can only arrest. If by any chance you are arrested by any of the officers with the charge looking unreasonable, the official can do either of the following:

Everyone is guaranteed a right to personal liberty according to section 35 of the Nigerian 1999 Constitution which means that any powers of arrest done or carried out by any LASTMA official is subject to this law. We advice that you get the help of a good attorney because these LASTMA officials are very cunning and are fond of accusing innocent motorists who don’t know their rights.

HOW TO FILE A COMPLAINT AGAINST A LASTMA OFFICIAL

To report a LASTMA official for intimidating you or for wrong arrest, there are steps to follow if you must express your disdain over the conduct of the LASTMA official in exercising his/her functions. They include:

NUMBER TO CALL TO REPORT A LASTMA OFFICIAL

As you notice, the rules are easy when you have witnesses. Therefore, do not hesitate to report any case of a extortion of a LASTMA official. This would help serve as a check to curb the excessive distortion and intimidation by these LASTMA officers.

If you want to reach LASTMA or contact them, you can by these methods: