In Nigeria, the legal grounds for filling for a divorce in most marriages is what most couples don’t know especially when such couple(s) intend to get a divorce processed when things don’t work out between the two parties that are legally married. 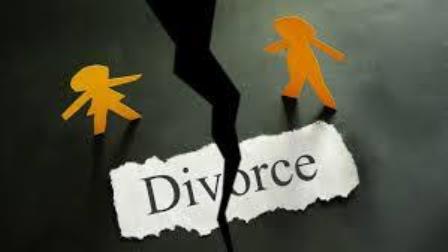 This post will expose step by step, the reasons/grounds to file for a divorce in Nigeria in the eyes of the law when the issue of divorce arises. Divorce should however be the last resort especially when your partner is guilty of one or more of the following reasons that I shall list below.

The following are grounds that the law permits either partner in a lawful wedded marriage to file a petition for divorce:
That both parties have been living apart for a period of two or three years from the day the petition was filed and do not object the dissolution of the marriage.

ALSO READ:  Traditional Marriage Rites in Ijaw Culture: How It Is Done

Steps to File A Divorce in Nigeria

Here are steps to legally file for a divorce in Nigeria today:

1. File a Petition for Divorce

This is the first step according to law in Nigeria. The law requires the filing of a petition of dissolution of the marriage by a party in the marriage which should be presented to the court. This should be done when both parties (petitioner and respondent) have gotten to a point where they can no longer afford to live as lawfully wedded husband and wife under the same roof.

2. Wait For Court To Verify Your Petition

Note: A divorce petition should be filed by the party in the marriage who wants the marriage dissolved. The court in her wisdom upon receiving the petition would have to determine whether the marriage meets the necessary requirements for divorce according to the law by using the legal grounds for divorce mentioned above to verify the issue. When a child or children are involved, the court through the presiding judge of the divorce case usually ensures that both parties exhaust all forms of dialogue and reconciliation to save the marriage.

The cost of divorce greatly depends on how severe the case is and also legal cost. Since its the lawyers of both parties that are defending their clients interest, the amount needed during the divorce process might differ. In Nigeria, the cost of processing divorce cases is estimated between ₦500,000 to ₦1,000,000. This should include legal fees, lawyers/attorneys’ charges and other legal factors as regards the separation (divorce).

Although, the divorce rate in Nigeria is on the increase, you should note that divorce can hamper the future of your children, it brings emotional and psychological distress to a family. Although people say it is breaking free from a partner but it is far from that. Do not rush into marriage so that you will not rush out of it. Divorces can be avoided if you choose carefully and marry your life partner for right reasons.