Nigeria’s history would not be complete if you do not write about the Nigerian Civil War that occurred from 1967 to 1970. This article on what caused the Nigerian civil war will also proffer suggestions on how to prevent a repeat version of the war in Nigeria. 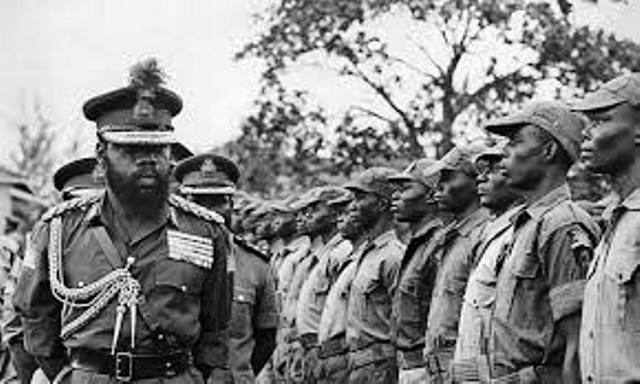 The tension set in motion by political activists in Nigeria eventually culminated in the outbreak of the civil war on December 6, 1967.

The election crisis had already infused bad blood in the various ethnic groups such as among the igbos, the Hausas and the Yorubas who nurse some hatred against one another even to the extermination of members.

The perceived reasons that brought about the civil unrest that saw many lives and properties lost were connected but not limited to the following:

1. Nepotism: This is the practice of favouring relatives only in terms of employment, contract awards, appointments, among others and this caused disunity and secession.
2. Imperialism: This means the strong nations needed to gain political and trade advantages over the poorer nations, and so this brought about disintegration in order to install their person in office which is seen as a sort of neo-colonialism.
3. Ethnic Chauvinism: The emphasis of one’s ethnic interest made nonsense of the national interest, and so oneness and unity in the country was difficult to come by.
4. Corruption: Politicians were so corrupt that they looted government treasury with impunity and this did not augur well for Nigeria’s unity
5. Political disorder: This occurred when politicians messed up the political atmosphere during the first Republic of Nigeria. This prompted the military to take over power from the civilians.

The immediate cause of the war was the counter coup d’etat that over threw General Aguiyi Ironsi and the taking over of the leadership of the country by Colonel Yakubu Gowon.

Colonel Odumegwu Ojukwu, the then Governor of th East, did not recognize Gowon as the head of government. The disagreement dragged on from December 1966, to 6th December, 1967, when the Nigerian Civil War broke out.

The overthrow of Ironsi must be connected with his introduction of the unitary sytem of government which the Notherners did not want.

The Igbo massacre in 1966 in the North added insult into injury in the civil war. It was believed that more than 30,000 Igbos were killed during the massacre.

On assuming office, Gowon suspended the decree constituting Nigeria as a unitary government and subsequently divided Nigeria into twelve states. Ojukwu did not recognize the division and proceeded to declare the republic of Biafra.

The Biafra war started on 6th December, 1967 which saw untold number of deaths been recorded in millions. Properties were lost as well as human lives.

Colonel Gowon claimed to be using police action to quell the rebellion. But eventually, the truth was out, and peace moves were organised for settlement but didn’t yeild any positive result.

Suggestion on How to Curb Possible Civil Wars in Nigeria

3. Entrenchment of fundamental human rights in the Nigerian Constitution

4. Unity in diversity must be maintained as the best bate for the corporate existence of Nigeria.

5. Removing the barriers to the existence of the rule of law

6. Quota system in governance: the present constitutional conference has suggested rotational presidency for the country to avoid the monopoly of the position by one ethnic group.

7. Equal representation of government of the various ethnic groups in the country.