The history of oil in Nigeria began before oil was even discovered in 1956 at Oloibiri, Bayelsa. Some companies were given license to explore natural mineral resources. Chief of these firms were the Nigerian Bitumen Corporation in 1907. 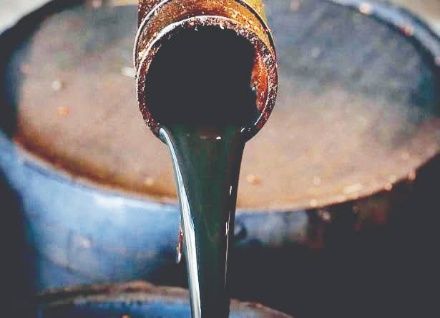 But due to the events that led to the commencement of World War 1, the company halted operations until the end of the war. D’Arcy Exploration Company and Whitehall Petroleum were both given license to find oil in commercial quantities but were unable to locate oil in Nigeria. This led to these firms returning their licenses in the year 1923.

In 1933, after ten years of not discovering criude oil in the country, exploratory work began again by Shell D’arcy Petroleum Development Company of Nigeria, after new licenses were issued to explore about 920,000 square kilometres (357,000 square miles) of land in Nigeria.

In 1951, drilling activities began in Owerri which led to the establishment of the first oil well in that area. Record showed that Shell spent over £6 million pounds for this operation and by 1953, oil was discovered in little non-commercial quantities at Akata, near Eket (Southern region).

It was in 1956 at Oloibiri in Bayelsa state that Shell became the first company that discovered crude oil in commercial quantity in Nigeria. This giant step, opened the door to more discoveries which lasted for over 60 years.

Shell-BP were the only company before independence that were given the sole concessionaire of oil exploration in the country. Other foreign oil companies were later given exploratory license to also find oil after 1960, both onshore and the offshore areas of the Niger Delta.

Another achievement by Shell occurred in 1965,  when the giant oil company discovered the EA field (another site) in the shallow waters of the southeastern part of Warri.

The Biafran war led to increase in oil prices which saw economic growth and increase in the fortunes of the country. This helped the recognition of Nigeria as she joined the Organisation of Petroleum Exporting Countries (OPEC) in 1971.

With oil production on the increase, there was need for regulation. Nigeria was already producing over 2 million barrels of crude oil per day during the late sixties and early seventies. There was a projection of an estimated figure of 4million barrels per day by 2010.

This led to the establishment of the Nigerian National Petroleum Company (NNPC) in 1977. It was controlled by the Federal government and was involved in the upstream and downstream oil sectors.

ALSO READ:  How To Send Money From Malaysia To Nigeria (2022)

Today, Nigeria is seen as the largest oil producing country in Africa and this has made crude oil as the major source of revenue for the country, accounting for over 90% of gross earnings to fund other sectors of the Nigerian economy.

Countries that buy Nigeria’s oil include India, Germany, China and the United Kingdom. The shale production in America in 2014 saw the United States stop importing oil from Nigeria. They claim to have reserves that would serve them a very long time. India now holds the record of being the largest consumer of Nigerian oil till date.

Various foreign oil companies own exploration terminals in the country. There are six major petroleum exportation terminals in Nigeria today. Shell has two, Mobil owns one, Chevron and Texaco owns one each while Agip own one. Shell also has ownership rights over the Forcados Terminal and Bonny Terminal, which has a storage capacity of holding 13 million barrels (2,100,000 m3) of crude oil.

Texaco operates the Pennington Terminal, while Agip operates the Brass Terminal in Brass, and has a storage capacity of 3,558,000 barrels (565,700 m3).

Over the years, Nigeria has been over dependent on oil. This is because, when oil was discovered in Nigeria, it became the main source of wealth and main base of the economy, thus making Nigeria rank as one of the top highest oil producing country in the world.

Although, Nigeria is to a large extent blessed with other untapped natural resources such as Agriculture, it should be noted that there are are about 5 highest oil producing states in Nigeria that keeps the economy of Nigeria going.

The purpose of this article is to give you an insight who these oil producing States in Nigeria are and why they are seen as even the richest states in Nigeria.

As it stands, Akwa-Ibom is undoubtedly the highest oil producing state In Nigeria overtaking River state. Akwa-Ibom is also the most beautiful city in Nigeria with a population of about five million people. Not only is she blessed with crude oil but with coal, clay, limestone, silver nitrate, salt and neat sand.

After Akwa-Ibom comes Rivers state as the second highest oil producing state in the federation. Although, River state was top on the list before, even formerly known as the “oil city of the nation”. It is currently one of the most populated cities in Nigeria.

Delta State is one of the richest states in Nigeria with its capital in Asaba. Formerly known as Bendel State, Delta state shares boundary with Edo state and is made up of 25 local government areas. Also, Nigeria major petroleum refineries is located in Warri, Delta.

Although the location of crude oil is in Bayelsa, she is ranked as fourth in the list of oil producing states in the country. About 70% of the crude oil resources in Nigeria comes from Bayelsa.

Often termed as the “London of Nigeria”, Cross River State is another beautiful city in Nigeria blessed with numerous natural resources, tourists sites with up to date amenities like good road networks, standard schools, good water and mountain views.

Some of the states that make up the Niger-Delta region where oil is gotten from includes: Edo, Bayelsa, Rivers, Cross Rivers, Delta, Akwa-Ibom, Ondo, Abia, Imo and Anambra States.

This region is also sometimes referred to as the South-South region of Nigeria and has more than 40 ethnic groups and tribes.

The rundown of major events in the history of crude oil in Nigeria has been dully highlighted below:

HISTORY OF CRUDE OIL IN NIGERIA: TIMELINE OF EVENTS

IMPORTANCE OF CRUDE OIL IN NIGERIA

Nigeria now has 1481 active wells and 159 active oil fields. There are 78 oil fields in the coastal Niger Delta Basin. The sixteen largest fields generated 37.9% of Nigeria’s petroleum, while small inefficient fields made up 62.1% of the country’s oil production potential.

Here are top reasons why crude oil is important to Nigeria’s economy: