Which Nigerian bank pays the highest salaries to its workers? Employees and workers in commercial banks typically come from a variety of perspectives. This means that no matter what degree you took, you can function in a bank so far as you’re prepared to be trained to integrate into the financial system. Fresh graduates frequently aspire to work in the banking industry. Given the high pay in the industry, this is exciting news for them. In this post, we’ll look at the top 10 highest-paying commercial and microfinance banks in Nigeria in terms of salaries. 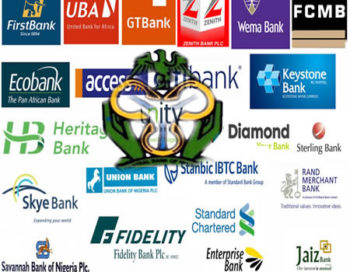 If you’re looking for the top bank in terms of salary, you’ve come to the right place since we’ve produced a list of the best-paying banks in the country. Nevertheless, depending on your position at the bank, the figures stated may fluctuate slightly.

The first on our list of the highest paying commercial banks in Nigeria is Access Bank. After merging with Diamond Bank, Access Bank has become one of the country’s leading banks.

The banking institution presently employs over 10,000 people and is regarded as one of the best-paying in the country. According to our findings, Access Bank compensates their entry-level employees over ₦300,000 per month.

First Bank of Nigeria Plc is a public limited company and financial institution based in Nigeria.

One of the best paying banks in the country is definitely this Bank. It is a Lagos-based Nigerian multinational commercial bank and financial services organization. The bank focuses in retail banking and serves Nigeria’s largest retail clientele.

ALSO READ:  Public Health Salary Structure in Nigeria: How Much They Earn (2022)

Guarantee Trust Bank, GTBank was established in 1990. They now has branches in each of Nigeria’s 36 states, as well as foreign branches in Cote d’Ivoire, Kenya, Liberia, Gambia, Ghana, Nigeria, Rwanda, Sierra Leone, Uganda, and the United Kingdom.

The bank seems to be the most popular in the country, particularly with young people. According to reports, the GTB pays its entry-level employees around ₦208,000 per month, plus various benefits and allowances.

Zenith Bank Plc is among the surest banks in Nigeria, and it pays the fifth highest salary in the country. Jim Ovia launched the bank in December 1990, and it has since expanded to include branches in Ghana, Nigeria, Sierra Leone, South Africa, and the United Kingdom. Zenith Bank presently pays their ebtry-level employees well over ₦180, 000 per month.

Fidelity Bank has Nigeria’s seventh best compensation package. The bank was established in 1988 and had a total asset value of more than $6 billion in 2013.

In 2017, the KPMG Banking Industry Customer Satisfaction Survey (BICSS) named the bank as the fourth best bank in Nigeria in the general merchandise market sector.

Fidelity pays roughly ₦180,000 per month to its entry-level employees. This makes them one of the highest paying commercial banks in the country.

Union Bank of Nigeria Plc is a public limited company and financial institution based in Nigeria.

Union Bank is another of Nigeria’s best-paying banks, with entry-level employees receiving a baseline of ₦180,000 per month.

Sterling Bank is also one of Nigeria’s most well-known banking institutions. Although part of the bank’s personnel are contract workers, the bank employs around 2000 people.

Sterling is a thorough nationwide commercial bank licensed by Nigeria’s Central Bank. The bank is one of the country’s highest-paying banks. Sterling Bank’s entry-level employees are paid a baseline of ₦145,000.

Ecobank Nigeria is a subsidiary of Ecobank, a significant independent pan-African bank having offices in West, Central, and East Africa.

The starting salary at Ecobank is ₦141,000 per month for entry-level staff.

United Bank for Africa, abbreviated UBA, was established in 1949. The bank is now one of Nigeria’s longest running banks, with locations in 20 African countries and three global financial centers: New York, London, and Paris.

UBA as a financial institution compensates ₦250,000 per month to its entry-level employees. This positions them as one of the highest paying commercial banks in the country.

Godwin Ehigiamusoe founded LAPO MfB as a Non-Governmental Organization (NGO) in the late 1980s in reaction to the consequences of the Structural Adjustment Programme (SAP) implementation in 1986.

The bank currently has upwards of one million customers and is licensed to operate as a National Microfinance Bank by the Central Bank of Nigeria (CBN).

According to our data, an AB microfinance Bank employee’s typical compensation differs based on the case job description and role. The Microfinance Bank pays at least ₦100,000 per month to its entry-level employees.

Banking is one of the first careers that fresh graduates choose because of the strong income and low entrance hurdle. This isn’t only good news for grads; it’s also good news for everyone interested in working in the financial industry.

This essay should help you make an easy decision about where you want to work in the sector. This comes as we showcase the best commercial and microfinance banks in Nigeria to work for.

Moreover, if you’re curious which financial institution will compensate you the most, you’ve come to the appropriate spot since we’ve produced a collection of the country’s best salaries banks. Nonetheless, you should be aware that the statistics given may fluctuate significantly depending on the circumstances.

That’s the length of this write-up on the leading ten highest paying commercial and microfinance banks in Nigeria.