The Spanish La Liga has lots of players playing in the league. Among these players, there are that earns much and they are seen as the highest-paid players. In this article, we’ll highlight the list of these top 10 highest-paid football players in the La Liga. 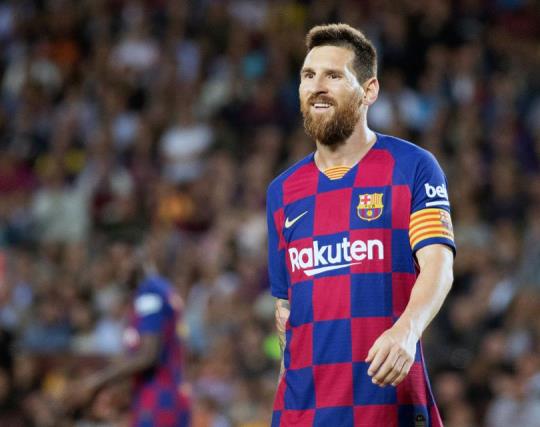 The Spanish La Liga is the highest football division in Spain. The league incorporates twenty football clubs in competition for the local and international trophy honors.

The Spanish League is seen as the No. 1 league in world, because of the very high popularity all it has, and also being one of the most-watched league across the globe. Much of this fame is credited to the presence of prolific football stars in the league.

Most of these present stars like Messi and Hazard are the featurers in the rank of top 10 highest-paid footballers in Spanish La Liga.

Barcelona star Lionel Messi features in the top of the list as the highest paid player in Spain. The Argentine is distantly followed by fellow teamate, Antoine Griezmann who rose to the second position after putting pen to paper on a lucrative deal with FC Barcelona. The list also has a new face from the previous year, following the arrival of Eden Hazard to Real Madrid in a big-money deal. However, there are also many on the list as we will explicate it.

Mostly regarded as the Greatest of all Time (GOAT), no one would rule out the fact that Leo Messi will lead this chart. The FC Barcelona forward has been essential for his club and there remains no doubt that he is the best ever La Liga player in history.

The Argentine striker has a yearly income of $127m from his club salaries, bonuses, as well as endorsements and sponsorship deals.

Lionel Messi is a six times Ballon d’or winner and is leading the chart with most goals in the La Liga and Champions League. All this have make him to reach this rank.

Antoine Griezmann is also an FC Barcelona player but a new face in the club, after switching from Atletico de Madrid in a moneyed deal. The French star now earns €45.84 million per year from the new contract, including $4.5 m from the personal endorsements as well.

Griezmann has won the World Cup trophy with France, and has also personal awards and achievements to make him rank as one of the highest-paid players in Spanish La Liga.

The Belgian football star came to the Spanish La Liga just of recent. His big-money transfer to Real Madrid from Chelsea has make him to earn more salary subsequent to the new contract deal. Eden Hazard stands in the third place in the list with a yearly earning of around $30 million from club salaries and bonuses.

Though the Belgian is yet to make a name in the La Liga, but he has 3 English Premier League, 1 UEFA Champions League and 1 Europa League trophies to his name.

Gareth Bale is a Welsh wing attacker currently playing for Tottenham FC on loan from Spanish giant Real Madrid. The current Tottenham sensation is one of the highest-paid footballer in the Spanish Premier Division as he earns $27.5 m per year from his current contract with the Los Blancos.

Gareth Bale has won many trophies, including the La Liga, UEFA Champions League, and domestic cups with the Madrid club. All this awards have cummulated to his high earnings in the league.

Luis Suarez is on the list as the fifth highest-paid footballer in the La Liga. The former Barcelona lethal striker earns $20.1 million per annum as salary as well as bonus, and he also gets $3.5 million more from personal endorsements.

Following a stellar performance at Liverpool, FC Barcelona opted to have the signature of the Urugranian footballer in their club. Luis Suarez moved to Athletico Madrid after he was deemed surplus to requirement at the Camp Nou, and has since been one of the scoring force for the them since he joined.

Frenkie de Jong is a FC Barcelona midfielder who also makes the list as the highest earners in La Liga. Jong receives about €20.83 million yearly, from salary and personal deals. He was born in Arkel, Netherlands.

FC Barcelona announced the signing of de Jong on 23 December 2019, for an initial fee worth €75 million. The transfer was made after scouting report showed the versatility and strong defensive abilities he posseses.

Luka Jović is a Serbian professional footballer who plays in the Spanish La Liga for Real Madrid.

The striker emerge as one of the highest-paid footballer in La Liga following is move on 4 December 2019 to Real Madrid for a reported fee of €60 million. Luca Jovic is now worth €20.83 million as salary earnings in a year, after the move.

Jan Oblak is a Slovenian football goalkeeper who plays currently for Spanish club Atlético Madrid in the La Liga. Jan Oblak signed for the Spanish club on 16 December 2014, after the club announced they had reached an agreement with Benfica for his transfer of Oblak. A sum of €16 million was paid by Atletico Madrid for the Slovenian player, making him the most expensive goalkeeper in La Liga history. The goalie has till now many trophies and awards to his name of which includes the La Liga title and the UEFA Champions League trophy.

Jan Oblak is one of the most paid football player in the Spanish La Liga. He receives about €20.83 million on a yearly basis, from salaries, sponsorship deals and bonuses.

Sergio Ramos García is a very popular footballer in the Spanish La Liga. He plays for both Real Madrid and the Spanish national team as a centre back and a captain.

The Spaniard is valued at €20 million yearly from salaries and endorsements, to make high rank as one of the highest-paid players in the Spanish La Liga. He also has a salary of 10.4 million GBP as of 2018.

Sergio Ramos was born in Camas, Spain, and is married to Pilar Rubio since 2019. The Spanish defender is one of the most sucessful footballers in the La Lagi, after winning lots of domestic and international laurels to his name.

Toni Kroos is a also one of the biggest earners in the La Liga. The German professional footballer who currently plays for Real Madrid has a yearly earnings of €20 million from salaries, bonuses and personal endorsements.

In personal life, Toni Kroos is married to Jessica Kroos since 2015. He has a salary worth 10.4 million in British Pounds. In addition, the German footballer is a central midfielder, but he also plays as a defensive midfielder or deep-lying playmaker.

These are the top 10 highest-paid footballers in the Spanish La Liga. This ranking is based on rank from official sources after examining the salaries and earnings of players in this league.

The league features most of La Liga’s power house players like Leo Messi, Luis Suarez, Eden Hazard and veteran goalie Jan Oblak, among others. We were more explicit in outlining the list in an understandable way.