With the Italian Serie A being a popular league, many people would enquire about their player and how much these football players take home as stipends. In this writeup, we will go through the highest paid players in the Italian league this season. 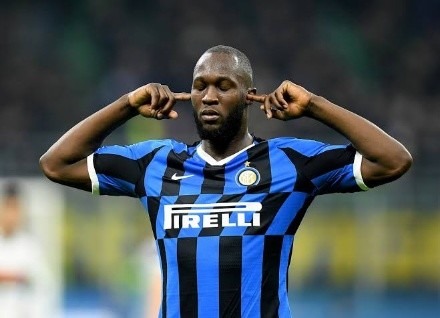 The Italian Serie A is a top division of Italy’s club football competition. About twenty teams are in competition for the Serie A title, and some other domestic and international trophies. However, this league homes a lot of popular football players like, Dybala, Ronaldo, Higuain, Pjanic, and a whole lot of them. These players, due to their potentials and performance on the field, they are attracted to high salary earnings. We will look at these figures and list the highest paid players in Serie A, including how much the earn yearly.

Highest Paid Players in the Italian Serie A This Season

Five time ballon d’or winner, Cristiano Ronaldo leads the list as he earns a whopping $34m/€31m per year. The former Real Madrid star joined the league of recent and he is a distant ahead of other highest earners in the Serie A league. Fellow teamate Matthijs de Ligt is the second best-paid player in Serie A with his £7.2m wages. Romelu Lukaku follows as the highest paid footballer in the Italian Serie A. The rundown continues as we have outline the full list below.

Below are the highest-paid players in the Italian Serie A:

It’s obvious that Cristiano Ronaldo would be leading the chart after a big-money transfer to Italian Serie A club, Juventus.  The former Real Madrid forward pushed for the exit door after a negative response when asked for a raise in Real Madrid. This helped the Portuguese seal a deal to Juventus where he received about €10 million per year wage increase after tax. Not considering high age, Juventus went ahead and signed Ronaldo in a €100 million. Due to the fact the football star is very popular and influencial, much and more of the millions spent for his transfer have all been regenerated by the club.

Cristiano Ronaldo, who is a five time ballon d’or winner earns €31m yearly from salaries and other deals.

Matthijs de Ligt is a Dutch professional footballer who plays as a defender for Italian giants Juventus in the Italian Serie A. De Ligt signed for the Serie A heavyweight on 18 May 2019 for a fee of €75 million. This move makes the Dutch to have a lots of earnings from salaries and endorsements. Currently, De Ligt has a yearly pay of €8m plus €4m in bonuses.

Romelu Lukaku is a new face in the Italian Serie A. He moved to the league on 8 May 2019 8y joining Inter Milan on a initial five-year deal. The Belgian professional footballer plays as a striker for his club Inter Milan in the Serie A. Romelu Lukaka transfer to the Milan club makes him to earn €7.5m (+€1.5m in bonuses) from his contract deal.

Gonzalo Gerardo Higuaín is an Argentine veteran striker who plays in the Italian Serie A for Juventus. Much of the strikers earnings is credited to his move to Old Lady. This was on 26 May 2016, as the Argentine transferred to Juventus from their domestic rivals, Napoli. This deal was for a fee of €90 million, therefore becoming one of the highest football transfers of all-time and also the highest ever transfer for an Italian club.

ALSO READ:  Most Prolific Sports Stars to Hail from Nigeria

However, from this big-money move to Juventus, Gonzalo Higuain signed a lucrative deal with the club to keep him on €7.5m yearly.

Argentine playmaker Paulo Dybala is fifth on the list of the biggest earners in the Serie A. The midfielder currently plays for Italian giant Juventus, and has won many league and domestic titles with the club. Paulo Dybala has a salary plus deals earnings cummulating to €7.3m, to make him join the list.

Adrien Rabiot is also on the list. With a whooping yearly earning of €7m (+€2m in bonuses), the Juventus footballer is ranked as the sixth highest paid football player in the Serie A this year.

Rabiot is from France and plays as a central midfielder for Juventus in the Italian Serie A.

Welsh international, Aaron James Ramsey is a professional footballer in the Italian Serie A. He is a recognised midfielder and plays for Juventus in the Italian top division. Aaron Ramsey mainly plays as a box-to-box midfielder, and can also function on the left and right wings.

The Welsh star player signed for his current club, Juventus on 11 May 2019, after seeing an exit from English club, Arsenal. Following his transfer deal, he receives £400,000 a week, and sum up the player having €7m yearly. This has make the Welsh midfielder to be the highest-earning British player ever based on basic salary.

Bosnian professional footballer, Miralem Pjanić is a midfield meastro player who plays as a central midfielder for Serie A club Juventus. Pjanic was born on 2 May 1990 in his hometown Tuzla in Bosnia and Herzegovina. He has a partner Josepha Pjanić, of which they are married.

Miralem Pjanic earns €6.5m yearly from salaries and sponsorship deals. His salary worth which is 6.5 million EUR, makes him to join the list of the highest paid footballers in the Serie A.

Douglas Costa is a Brazilian winger who plays for Juventus in the Serie A. He moved from Bayern Munchen to secure himself a starring role in the Italian club. Costa caught the eye of Juventus after his acceptable performance in the World Cup with Brazil. And this resulted to his signing by the Italian club, so that he may redo the same in the team.

Douglas Costa is one of the highest earners in the Italian league as he receives €6m from salaries yearly.

Young promising goalie, Gianluigi Donnarumma completes our list, as he is one of the highest earners in the Italian Serie A, having €6m yearly earning. Donnarumma is an Italian professional football goalkeeper who plays for Milan in the Serie A.

This is much we could write on this, as we have been able to list the top 10 highest-paid fooball players in the Italian Serie A this season. This rank is based on reliable sources about the salaries of footballers in the league, and is current for this year.