We wrote on the top 10 richest footballers in Africa in one of our previous posts and we listed the likes of Mikel, Yaya Toure, Eto etc. This time, we shall focus on who the current highest paid Nigerian footballer in the premier league this 2020 is, his salary and some facts about him.

Before Ighalo had the honour of being the most expensive Nigerian player, it was previously held by ex-Chelsea midfielder John Obi Mikel for eleven years after the Blues splashed out €20m to secure his services from Lyn Oslo, with Manchester United also compensated.

The third and fourth most expensive transfers involving Nigerian players were completed in the last thirteen months.

Former Premier League champs Leicester City signed Ahmed Musa and Wilfred Ndidi plus Iheanacho for €19.5 million and €17.6 million respectively. The costliest Nigerian defender in history is Taribo West, thanks to his €12 million switch from Auxerre to Inter Milan in June 1997.

Thirteenth position currently belongs to Chelsea right wing-back Victor Moses, who moved to the Stamford Bridge outfit in 2012 from Wigan Athletic for €11.5 million. He now plays for Fernabache after his loan move from Chelsea due to lack of playing time.

Odion Ighalo is now ranked as the current highest paid footballer in Nigeria. He earns £190,000 per week. He plays as a striker for the national team and also for Changchun Yatai.

Midfielder, Mikel Obi is second earner on the list of highest paid Nigerian footballers in the Chinese league with a weekly salary of £100,000 at his current club, Middlesbrough.

Mikel is no longer at Tianjin TEDA as he quit the club. He is returned back to the EPL second division and played for Middlesbrough.

Iheanacho was formerly leading as the top earner in Europe until Ighalo took over. Although he is listed among the Nigerian professional footballers who play in the English premier league. He earns £100,000 weekly at Leicester City after a transfer from Manchester City.

He is another top player that has played for many clubs in Europe and even in China. He played as a striker for the national team and plays for Chinese football club, Shanghai Greenland Shenhua. Martins earns £100,000 weekly.

Musa became fans favourite when he scored two goals against Iceland in the world cup 2018. This made him the undisputed Nigerian football star of the worldcup.

Ahmed Musa is paid £60,000 weekly as his salary in CSKA Moscow where he plays as a left winger for the Russian club.

Used as a wing back in Chelsea, Victor Moses can operate as a winger and is also among Nigeria football stars to earn big salary in England. He earns £50,000 weekly and is at Fenabache on loan.

Ndidi plays as a holding midfielder for Leicester City in the EPL. He is an outstanding Nigerian football star that earns a salary of £90,000 at his club. 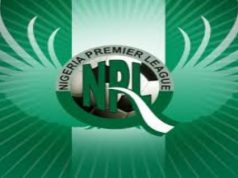 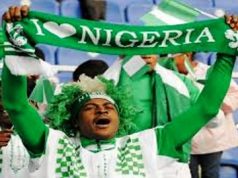 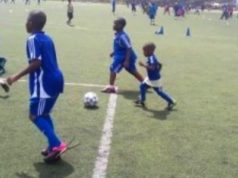