HIV/AIDS is one of the key health concerns in Nigeria and Africa as a whole. An estimated 3.2 million Nigerians are living with HIV virus.

Nigeria is deeply religious, so these stigmatized and despaired HIV patients are easy targets for Prophets, pastors and miracle workers who have come out to claim that they have the cure for HIV.

Many Nigerian herbal doctors, professors and even religious miracle workers have also asserted that they have a final solution to the cure of HIV. They place adverts and posters on streets, tabloids, and on social media stating that they can provide a permanent solution to HIV.

The echo about the cure of HIV in Nigeria has never been this loud and this makes it clear that we are getting closer to the finishing line. That is if we are not there already.

Herbal Cure For HIV in Nigeria

There are many herbal remedies that have been found to stop the replication of HIV. Ancistrocladus korupensis from tropical Liana plant inhibits reverse transcriptase and the fusion of HIV induced cell.

The local plant Baissea axillaries Hua (Apocynaceae) is being used by many traditional herbalists for management and treatment of HIV patients.

Neem(dogonyaro) leaves are found wisely in Nigeria. It increases the CD4 count(immunity count) and general well being of the HIV patients.

Several academic publications and journals have been written about herbal treatment of HIV in Nigeria.

Nigerian Professor Isaiah Ibeh few months ago announced the development of a new drug that can cure HIV.

Prof. Ibeh who is the Dean, school of Basic Medical Sciences, University of Benin, Nigeria stated that the herbal cure an extract of Baissea axillaries Hua prepared for HIV has already undergone “series of test”, meaning that it has been used for HIV treatment.

The punch Newspaper reported that they spoke with Mr. Harrison Osarenren, the public relations officer of the school and he confirmed that the professor has discovered a permanent solution to the treatment of HIV and that the drugs has undergone series of examination in Nigeria and in the USA.

He asserted that the drugs acted very well on tested HIV patients. And that 3 of the patients that took the drugs, were tested to be negative within 7 months of treatment.

Professor Maduike Ezeibe of Michael Okpara University of Agriculture, Umudike, Abia State also claimed that he had discovered a cure for HIV after 25 years of research.

He asserted that he successfully tested the drugs on 10 patients. Guardian newspaper quoted him saying, ” Nigeria is the first country to get 10 people to recover from HIV/AIDS”.

Though Nigeria’s health agencies quickly rose to condemn such claims on the grounds that it lacked scientific proofs and that the patient’s situation will worsen if he/she stops taking conventional treatment.

HIV levels can drop below detectable levels but rebounds when treatment is stopped exposing the body to opportunistic diseases.

Daniel Ndukwe of the National agency for the control of AIDS, (NACA) stated that no formal study has been undertaken in Nigeria to affirm these claims.

RELATED POSTS  How To Get Your Dream Job In Nigeria: 10 Powerful Tips

This viral infection is one of the deadliest and feared disease in Nigeria.

Some know only when they become ill and rushed to the hospital. To others, they live and die with it, with people giving various reasons for the death of the person without anyone talking about it.

To many, when someone’s sickness is intense, they become suspicious. This had led to some form of stigmatization toward people not actually living the disease and at the same time, people move close to supposedly healthy people whom they and the person involved don’t know he or she is HIV positive.

In fact, Nigeria has the largest HIV epidemic in the world although it prevalence among adults is remarkable small compared to other sub-Saharan African countries.

These and many more proves the disease is not going any moment soon in the country. what then is the situation relation to it cure?

HIV and AIDS Cure In Nigeria

I know it is not news to you that a lot of people had claimed they have a cure for the disease.

The categories of people making this claims spans from both the orthodox medicine researchers and the traditional medicine men also known as the herbalist.

However, as I write, there is no accepted and proven cure for the disease. The possibilities are high, the number of researchers interested, the amount spent so far and the successes in terms on retro-viral drugs available.

I hope one day, I will come back to this article and re-write it when the cure has been found but as we speak, nothing of such, just speculations from different quarters.

While the search for the final cure for the disease is on, there are some programmes designed to prevent the spread of the disease because as the widely known adage says, prevention is better, more efficient and cheaper than cure.

Some of these programs include;

Conclusively, it might interest you to note that while HIV is a killer disease and can be transferred from an infected person, it is not transferred until there’s a fluid contact.

This means people living with HIV and AIDS can live among those without it and can be shown love without getting affected. 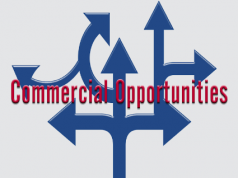 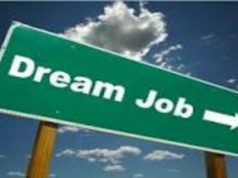 How To Get Your Dream Job In Nigeria: 10 Powerful Tips 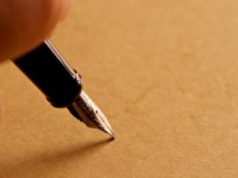 Difference Between An Application Letter And A Cover Letter