Do you know that Google Nigeria office is in Lagos? You must have known that Google.com is the best search engine in the world and is ranked the fastest site on earth by alexa’s ranking. 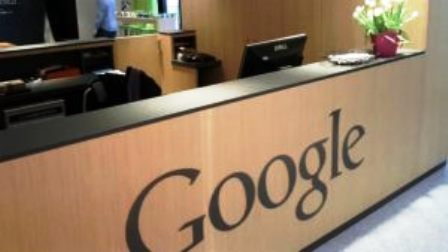 Before we delve into Google’s address in Nigeria, lets give a profile about the company itself and what they stand for.

Before Google search ascended as the world’s biggest internet search engine, it was an academic research project carried out by Larry Page and Sergey Brin, Two Ph.D students at the Stanford University, California.

Since its domain name registration in early May, 1997, Google was announced a private company on May 4, 1998. As years passed by the company expanded and added other services for work and productivity apart from just being a search engine.

Today, Google has become the most visited website in the world apart from being the most valuable brand on earth. No wonder that the company lives up to its mission statement which states “to organize the world’s information and make it universally accessible and useful”.

In May 2015, Google’s slogan was changed from “Don’t be evil” to “Do the right thing” by Alphabet, its mother company to showcase what its stands for. The company today, controls more than a million servers in data centers around the world, using its algorithms to process more than a billion search queries whilst distributing profits to its owners.

You can start a career by working for Google in any of their offices around the world. This is because, apart from the fat salary pay which is certain, there are host of other benefits you can gain from working at Google Nigeria.

The main headquarters of Google Inc. is located in the state of California, in the city of Mountain View. Google has more than 80 offices around the world as of writing this post. One unique feature about their outlets is that their offices mixes a blend of the company’s corporate policy as well as culture of the country where it is situated.

The address of Google office in Nigeria is at 3rd Floor, Mulliner Towers, 39 Kingsway Road, Lagos.

If you need any information about their services, job openings, and other inquiries, feel free to visit the Google Nigeria office and meet the receptionist, who will guide you through on the information you seek.

Workers and staff at the company describe the Google Nigeria office as one of the best places you can work in the country. We hope to see more of their offices spread throughout major states and cities in the country.

Map showing direction where Google’s office is located in Nigeria