Home Facts Information How Does Gokada Work? See How 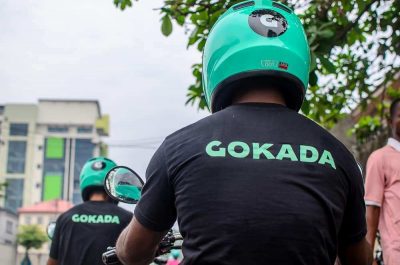 As Lagos stands now according to estimations, Lagos is the most populous state in Nigeria. Ironically, it has the smallest landmass in the country. This had led to congestion in the city that usually leads to traffic gridlocks. Spending hours in traffic is a norm in Lagos. If you wish to beat traffic, you need ride on an Okada.

However, Okada comes with it own challenges as its riders are usually uneducated, drives careless and rude. Gokada had come to change the face of Okada riding in Nigeria starting from Lagos. Gokada was founded in 2017 by Nigerian entrepreneurs.

The service was launched originally and started operations in Yaba Axis of Lagos state and has extended their operations to Victoria Island – Lekki Axis Lagos, Nigeria.

“Uber for Motorcycle” as some people see Gokada helps Lagosians get to their destination easy, safe and fast. It’s no news saying bikes moves faster than cars in a large busy city such as Lagos.

In fact, they claim to get you to your destination 2 times faster. On average, a car in traffic moves at a rate of 13km/hr. Gokada bikes moves at an average speed of 26km/hr.

The company stated that Gokada is a technology company focused on changing the face of transportation in Nigeria starting with an on-demand motorcycle taxi service in order to solve some of the country’s most challenging problems in logistics and transportation.

The founder and CEO of Gokada is Deji Oduntan, a Nigerian entrepreneur who has a plan of expanding the means of transportation in the country.

As stated earlier, Gokada is a savior of people when it comes to beating traffic. Aside this, riding with Gokada brings along other benefits and they include:

The Gokada business comes with safety in mind. First, a rider wears a helmet and comes along with one other for the passenger. Before the passenger put on the helmet, he/she is given a hair net – to make riding hygienic, a treatment you cannot get from conventional Okada riders.

The drivers also ride with care having it in mind they would be rated by their hailers after the hailers had reached their destination thanks to the rating serving incorporated into the system. These and many more makes it safe to move about on Gokada bikes.

With them, you don’t need to worry about harassment by government officials as their bikes are road worthy and certified.

One of the things that differentiate a Gokada rider and a normal Okada rider is the training the Gokada rider received. Gokada drivers are cautious, verified, experienced, and well trained. They all pass through the Gokada Driver Training School and are re-taught how to properly drive around the streets of Lagos, safely, with a passenger.

While riding on a typical Okada is cheaper than the Gokada bikes, riding on Gokada is still cheap, considering the benefits it brings. It is however, cheaper than Uber and Taxify and at the same time get you to your destination faster.