This page contains GLO salary structure and scale in case you want to know how much GLOBACOM Nigeria pay its staff this 2022. 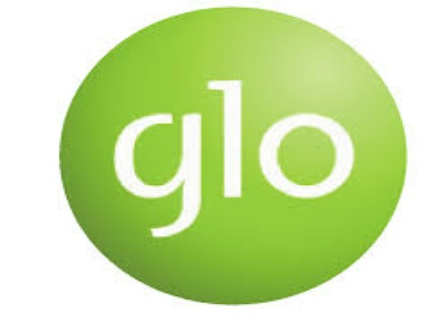 If you aspire to work for GLOBACOM Nigeria, it can also be a good way start your career in the telecommunications industry. Without doubt, GLO is Nigeria’s first indigenous privately owned network provider in Nigeria. It is owned by Mike Adenuga, one of the richest billionaires in Africa.

We shall expose how much GLO pays their workers in Nigeria, from the entry level staffs, specialists staff and even the managers working in GLO Nigeria whether their salary structure is worth the hype.

The telecommunications industry is one of the best places to be in the Nigerian labor market. If you have interest to work in Globacom Limited (GLO), then this article is for you. Here you will know how much Gloacom pay their staff in Nigeria, starting from the contract staff to the entry level staff to specialists’ staff and even the managers.

How Much Does GLO Pay Its Entry Level Staffs?

How Much Do GLO Pay Its Specialist Staffs?

How Much Does GLO Pay Its Managers?

Aside from the normal basic allowances provided to workers in this company, GLO managers earns a salary of N8,250,000 per annum and N687,500 in a a month.

The above is the amount of money or salaries GLOBACOM pay to their staff monthly and yearly. So what’s your take on the salary structure of GLO Nigeria.

Globacom Limited (GLO) is a indigenous telecommunication company owned by a Nigerian business tycoon Mike Adenuga who was rated by Forbes as the world’s second richest black man. It was established in Nigeria on 29 December 2003 and has more than 3000 staff in the world. The company has its headquartered in Lagos, Nigeria.

Glo Mobile was the first to introduce lower tariffs, per second billing together with other value-added services.  Glo Mobile was the fourth GSM operator to launch in Nigeria and its subscriber has increased largely to over 25 million just within seven years of the company started. is the only telecommunication company owned by a Nigerian among the big four; Airtel, Etisalat and MTN which are owned by foreigners.

GLO was the first African telecommunication company to embark on the project of installing submarine cable from UK to Nigeria known as Glo 1. Glo-1 has the capacity to provide high speed internet services. It is quite faster, more dependable and provides cheaper telecommunication services. This will attract foreign investment and job opportunities to all and sundry.

The cable is 9,800 km long. Its length started from Bude in the UK and down to alpha beach in Lagos where it has its Landing Station. Glo-1 has improved means of making life easy via teleconferencing, distance learning, disaster recovery and telemedicine among several other benefits for Nigerians and the people of West Africa.

In 2009, GLOBACOM acquired submarine cable landing rights and International Gateway Services in Côte d’Ivoire. GLO has extended its prowess to about four countries in West Africa which are Nigeria, Republic of Benin, Ghana and Côte d’Ivoire. Glo Mobile was launched in Benin in December 2008 and ever since, it has grown greatly. It sold out   600,000 SIM cards in the first ten days of operation.

Glo Mobile offered Per Second Billing, that charges subscribers for the exact airtime used unlike per minute billing.  Other value-added services such as MMS (Multimedia Messaging Service), Glo Magic, news update, vehicle tracking, musical ring-back tones and mobile banking are also obtainable using Glo.  GLO got an operating license via its Glo Mobile subsidiary in Ghana in 2008. It has in mind to capture 30% of the current 11 million subscriber market. The company has planned to achieve this milestone by launching with bundled voice and Internet services.

Glo Mobile was set to be launched in Ghana the within December to December of 2010. This move was delayed to the third quarter of 2011, and again to 2012. In December 2012, Glo Ghana started the “Reserve your number” campaign, but still without opening the network. On 8 December 2011 GLO established the sub-marine optical fiber GLO-1 in Ghana.

Glo Mobile started the Glo Fleet Manager which is used to track vehicles in 2005. Glo Fleet Manager has helped transporters and fleet operators manage their fleet of vehicles. They also launched the Glo Mobile internet service which offers subscribers with access to internet sites which have been customized for mobile phone browsing.

Recently, Glo has embarked upgrading networks and this includes swapping of legacy facilities. They have purchased new equipment to build a network with quality and capacity. Glo introduced a new e-band microwave radio technology which has increased the backhaul bandwidth from 1.5 – 2gb per link. The Globacom submarine cable’s capacity has been upgraded to 300G leading to huge bandwidth for mobile business.

The introduction of high wattage Radio Remote Units for 3G services and multi sector have been established to improve 3G coverage, high speed data download, signal quality and network coverage. They have improved the capacity of the existing microwave links by converting links to IP for 2G and 3G. Glo is using a methodical and scientific way of rolling out new sites judging from the feedback from regions where the site is needed to solve customers’ problems.

They are also planning to rollout LTE in 1800 band to improve 4G penetration and allow higher handset adoption to allow the masses to improve their future.  New sites would be built in rural areas to fill the digital gap between cities and villages in Nigeria. The company would soon launch 5g in 700mhz band for internet.

Requirements For Working With GLOBACOM

To work in Globacom Limited, you should ensure you meet the following requirements.

The available job vacancies in Glo (2022)