Giving birth in USA, Canada or any top western country is what every woman would crave for. The feeling of carrying a child in your womb for 9 months and get delivered of the pregnancy is special for all women. But imagine giving birth in a foreign land to a child and the benefits of being a U.S citizen. 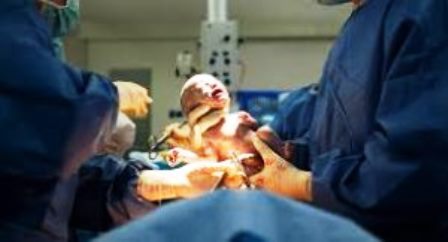 This write-up is aimed at Nigerian ladies who want to deliver their babies in America and are prepared to travel to the Unites States. It will give you a detailed guide of what you should know so that you can make the right decision in the right direction.

Before I go into details, be aware that you must be financially buoyant; that is, your bank account must be able to afford the procedure as well as taking care of you and the baby. With that been said, below are the factors to consider before planning to deliver your wee one in the United States:

Below is a breakdown of what to spend. Although, this depends on the nature of the procedure you want to do

The above are just the amount of money you would pay for single births. If you are delivering twins, triplets or more, you would have to pay more. What we also know is that some hospitals do give discounts to those who pay early, or those who pay in cash. The main thing is to just be prepared financially before you undergo any of the procedures.

Another thing to note is accommodation for yourself and the baby you are expecting. If you have families, friends or relatives in a particular state that would take you in and shoulder the responsibility of assisting you to the groceries store to buy essential items, with transportation to attend your doctor’s appointments or even to be there for you on the day you put to bed, consider yourself lucky as it will not be easy but with careful planning and the cash, your needs will taken care of.

Below is a comprehensive list of information about states in the U.S and their pricing currently

Since 2009, hospitals in California have overtime recorded the highest birth rate for complicated caesarean births while hospital charges for other kinds of births have also increased in this state. Stats show that it is only hospitals located in California that shows difference between complicated and uncomplicated delivery charges to be more than $6000 for vaginal births while for ceasarian births costs $10,000 or more.

If you are looking for a cheap hospital to give birth to your child or put to bed, avoid this state as hospitals in New Jersey charge a high amount of approximately $10,000 to $17,000 on average for complicated and uncomplicated vaginal and caesarean births.

ALSO READ:  How to Become a Pilot in Nigeria: Process & Requirements

Well, these two states have the records of cheap prices when compared with other states in the United States. Hospitals in Texas and Maryland charge the least for all birth methods. For example, Maryland hospitals charge an average of $3,000 to $4,500 less for vaginal births and $7,500 to $10,500 less for caesarean births. As you can see, the difference in charges between vaginal and caesarean births falls under $2000.

States that also charge less for delivery that you might want to consider includes: West Virginia, Utah, and Vermont respectively.

As you can see from the above, the American system of health care is different from the Nigerian health care system. Now you are aware of how much hospitals could charge for delivery depending on the state and birth method, you would still have to pay the doctor’s fee as well. Doctor’s fees are separate charges from what you pay for the delivery. Depending on the area or state, it can be from a range of $1000 to $10000.

If you are expecting twins or more, you would spend more because new born babies sometimes spend time at the Neonatal Intensive Care Unit (NICU) which is about $3,000 per day for an infant. If you have more child, you pay more. There is also the pediatrician fees as it is compulsory that a pediatrician examine your baby before you leave. Just be financially strong to take care the series of bills you might accrue in the states.

3. Apply for a medical visa

This stage has always been a daunting task for Nigerians who want to travel to the U.S. Getting a medical visa can be difficult. But if you intend to travel with your valid travel visa, you should be prepared for questioning at the embassy, immigration office or any authorized venue. Make sure your bump is out so that your chances to get the visa will be easy.

Ensure you have this figured out if you are not going to stay with friends and families. A suitable accommodation nearest to your preferred hospital should be put into consideration. On the averagely, budget about $2000 a month for accommodation. If you see a cheaper one that is comfortable fine and good.

An advantage of traveling early to give birth in the United States is that you can meet your doctor, run certain pregnancy tests and do other things. Trust me, waiting until you are 30-34 weeks pregnant will complicate issues.

Update 2023: Giving birth as a foreigner in the United States had been stopped by the Donald Trump administration