You may have heard the saying “Ghana Must Go” while growing up in Nigeria, Ghana, or one of the other neighboring nations. Yes! It is the name of a style of bag that is frequently used to carry burdens when traveling or to store personal items. But have you ever wondered why this bag, which is referred to as “Ghana Must Go” in Ghana and Nigeria? The phrase “Ghana Must Go” comes from an actual incident that took place in Nigeria in 1983, not merely from someone sitting down and thinking of it. 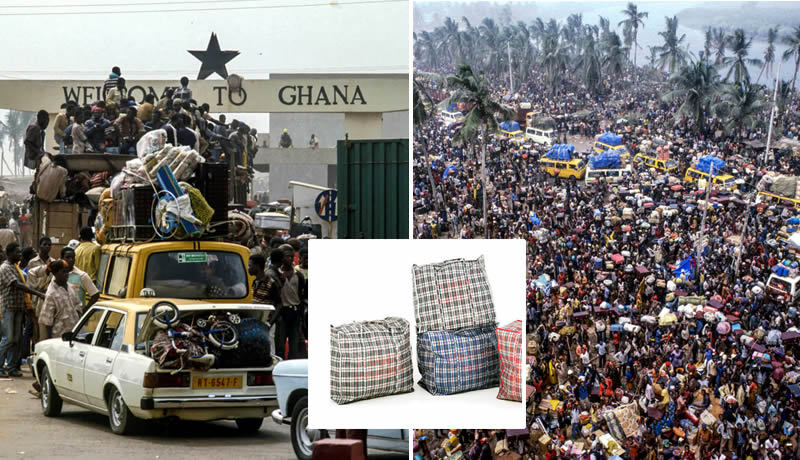 Most people don’t know when the “Ghana Must Go” incident happened in Nigeria. The real truth was traced down to the late 1960’s, when the Nigerian and the Ghanaian governments engaged in forceful removal of one another’s citizens, which culminated in the deportation of over two million Ghanaians in 1983 after a presidential executive order by Shehu Shagari, the former President of Nigeria at that time.

But what was the root cause of the Ghana must go saga? This article provides the history behind the Ghana must go bag and all that occurred during the deportation of Ghanaian migrants out of Nigeria and the repercussions of this singular ugly event.

GHANA MUST GO: HOW IT STARTED

Before Ghana’s independence, Nigeria formed a close alliance that have continued to this day. But during the administrations of Nigerian President Alhaji Sheu Shagari and Ghanaian Head of State, Flight Lieutenant Jerry J. Rawlings in the 1980s, this alliance was put in jeopardy. This was because, President Shagari was close with Ghana’s former president, Hilla Limann, whose administration Rawlings toppled, the two African leaders did not get along due to this.

ALSO READ:  Gokada App: How To Download & Use It (Easy Guide)

The relationship between Ghana and Nigeria became so bad as a result that, in reaction to Rawlings’ worry over Shagari’s intentions to assist Limann in toppling his government in 1982, Nigeria stopped supplying crude oil to Ghana as part of a loan agreement. This conflict between the government and the populace persisted at the same time.

Additionally, it should be emphasized that the Ghanaian government’s implementation of the Alien’s Compliance Order in 1969 left a deep wound in relations between Nigeria and Ghana. On the grounds that Ghana was experiencing a recession, Nigerians and other immigrants from Africa were deported.

Nigerians were unwilling to accept the severe threat that foreigners posed to the country’s tranquility. The Maitastine uprising of 1980, which was led by a Cameroonian expatriate named Muhammed Marwa alias Maitastine and resulted in numerous fatalities, ignited the situation.

Like many of his adherents who came from Burkina Faso, Niger, and Cameroon, Maitastine was an illegal immigrant. The Biafran/Nigerian Civil War is regarded as the most catastrophic event to have occurred in Nigeria, followed by this rebellion.

The robbery at Ekwueme’s home was the final straw that broke the camel’s back. Alexander Ekwueme, the vice president of Nigeria at the time, was robbed by a bunch of armed bandits who were primarily foreigners. Two of the robbers were found to be Ghanaians after the police apprehended them.

Nigeria as a whole went insane as a result. The Nigerian government and the Ministry of Internal Affairs acted right away. Alhaji Alli Baba, the Nigerian minister of internal affairs, made the announcement on January 17, 1983, ordering all illegal immigrants to leave the country immediately and without delay.

In a statement, President Shehu Shagari added, “They should be detained, put on trial, and deported back to their homes if they don’t leave. Under normal circumstances, illegal immigrants shouldn’t receive any kind of notice. You must pay the price for breaking the law.”

All foreigners in Nigeria without documentation felt panic because it was the Nigerian government’s unexpected move. Over two million Ghanaians were left indecisive and confused. Following the ultimatum to leave, it was rumored that the Federal government had given Nigerians the authority to confront any alien.

GHANA MUST GO BAG: HISTORY BEHIND IT 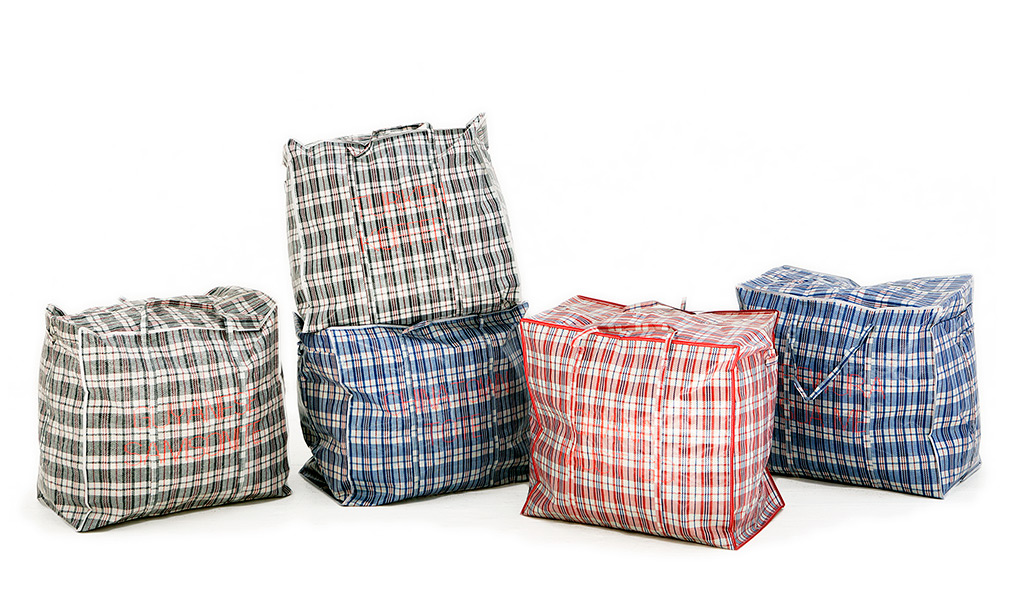 The expatriates were terrified by this and fled, both with and without their belongings. The biggest bag that was available, the enormous bag that is now known as the Ghana must go bag, was utilized by those who could pack their goods.

There were widespread objections to this wholesale deportation. Numerous humanitarian organizations from throughout the world denounced the action. The expulsion order was deemed “shocking and a violation of every imaginable human right,” according to the US Department of State. The Nigerian government did not change the order as a result of any of these. It is still adamant about getting rid of all unauthorized immigrants.

There have also been allegations that the “corrupt” administration of President Shehu Shagari ordered the expulsion in an effort to draw attention away from its misdeeds before the next election. It’s true that the Shagari administration had to play a prank to divert Nigerians’ attention and secure their support.

Ghanaians left in large numbers because they realized that Nigeria was no longer safe for them. It was a significant migration that has its roots immediately in the histories of Ghana and Nigeria. As they awaited crossing into the Benin Republic, where they hoped to locate a ship to Ghana, the Ghanaians tented at the Seme border.

Although the land route through Togo was far more convenient and preferable, the border between Ghana and Togo was blocked in 1981 as a result of a coup attempt by Jerry J. Rawlings, the dictator of Ghana. Additionally, Togo closed its border with Benin to prevent refugee crisis.

After some time, Jerry Rawlings, the military dictator of Ghana, opened the border with Togo, forcing that country to do the same with the Benin Republic and allowing refugees to pour in like water.

The good news for the Ghanaian refugees was real. They arrived home to a tearful greeting from family and friends. They were also visited by Jerry Rawlings at Tema Harbour, where he gave them the assurance that his administration will offer support at any way possible.

The actual ugly story behind the “Ghana must go bag” was mostly due to the fear of foreigners, mostly Ghanaians taking over jobs in Nigeria. Although they have put the past behind them, Nigeria and Ghana are still in competition today.