There are top Nigerian comedians presently who have taken comedy in Nigeria to the next level. These professional stand up comedians have over the years made a good fortune from what they do. No matter how hard the economy might seem, these top comedians in Nigeria know how to make you laugh with their jokes. 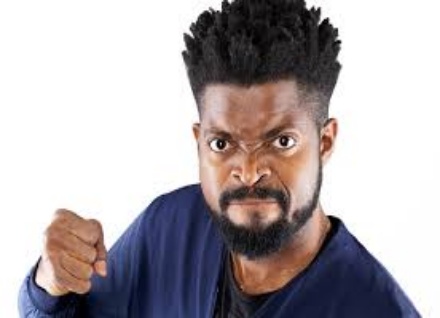 Unlike popular actors in Nigeria who act only home movies, these comedians engage in shows both home and abroad and have a lot of fans to their credit. Below in no sequential order are our list of top 10 funniest Nigerian Comedians:

Basket-mouth’s real name is Bright Okpocha and he is one of the best stand-up comedian in Nigeria that knows how and when to crack his jokes. He is called the king of comedy in Nigeria because of his natural way of spilling hilarious jokes to his audience. He has the talent to make the angriest person laugh. He often engages in collaboration with Bovi, other artiste, comedians and musicians both in Nigeria and abroad and has also hosted lots of comedy shows in Nigeria.

His real name is Bovi Ugboma, a hilarious Nigeria comedian who uses the stage name “Bovi” . One thing that sets Bovi apart from the rest is that his jokes are mostly targeted at the young and often from the south south part of Nigeria. He sometimes uses the word “Akpos” in most of his jokes. Bovi has also acted some Nollywood movies. He often partners with Basketmouth to crack his jokes.

Akpororo is a popular Nigerian comedian who is extra-ordinarily funny. In one of his popular jokes, he made known of his intention in adding “Dettol” to his enemies soup. Akporo is not just a stand up comedian but also a musician.

As his name implies, I go die really resembles someone that wants to die. His physique sells him and funny enough, he is among the top richest comedians in Nigeria. He is known for his jokes on poverty with his funny kind of dressing on stage He is a top comedian with class and style.

Seyi Law is another top comedian in Nigeria that is extremely funny to watch. He often partners with Gordons. His popukar outfit is usually in female mini-skits. He has many fans in Nigeria and abroad just like Basketmouth.

Just like Bovi and Basket mouth, AY is also one of the most creative comedian in Nigeria who mixes business with his comedy.

Gordons is the most hilarious Comedian in Nigeria with his self-composed jokes especially his flair for Ministry-Based jokes “movement to the permanent site” and his steady slang of often saying “Hallelujah” in between jokes. Gordons calls himself Comedy Barlusconi under the ODP political party (Osusu Democratic Party). He has released many comedy CD compilations likewise under his Gordons Comedy Klinic Wards.

You all remember Uncle Saka. Ok, he was the former Etisalat ambassador that ported to MTN in a whooping N20million deal. He sang the song “I Don Port go MTN” that left many Etisalat fans devastated as to why their Icon would port to MTN. Etisalat is yet to recover from this action. Uncle Saka unlike the other listed Comedians is not a stand-up Comedian but in his very way happens to be one of the favorite comedian in the Nigerian sphere. He is a Lecturer, a Singer and currently an MTN Ambassador.

Bennett Chinedu Daniel also known as MC Acapella is one of the funniest comic acts in the country. Acapella has been in the comedy business for so long. He is also a popular Nigerian comedian whose jokes are funny while passing across strong messages.

His real name is Alibaba Akporobome and he is tagged the Grand Comedian of the Federal Republic (GCFR), a title he gave himself as the grand-father of all other comedians in Nigeria but as one of the best you can find around. Ali Baba was said to be the first person who started the concept of Stand Up Comedy in Nigeria. His audience are among the elites in the society, especially politicians, presidents, governors and top celebrities. He is also among the richest comedians in Nigeria.

You might notice that the above list is void of female comedians because most of them have either left the act of comedy and ventured into acting, music or other forms of entertainment.

Destalker’s real name is Oghenekowhoyan Onaibe Desmond Oghenebrorhie. He is one of Nigeria’s funniest comedians, a show host, an event consultant and also a radio presenter. Most of his comedy shows centres around motivation and he has carved a niche for himself in the entertainment industry.

According to destalker, the talent of making people laugh by being funny had always been in him since his childhood days. It was when he entered Lagos and linked up with some popular Nigerian comedians like basketmouth, Acapella, AY that he become popular.

Another hilarious comedian worthy of mention is Okey Bakassi. He is a famous Nigerian stand-up comedian, tv presenter, actor, politician and entrepreneur.  His real name is Okechukwu Anthony Onyegbule and his stage name is Okey Bakassi.

He has also featured in various international comedy shows, skits and is fully time stand-up comedian entertaining people through his jokes.