With Lagos having one of the greatest concentrations of institutions in the country, it’s no surprise that the state’s slogan is “The Centre of Excellence.” Currently, the state is home to approximately eleven universities. Two are owned and operated by the Federal Government, one by the Lagos State Government, and the remaining eight are privately owned. Let’s take a closer look at these colleges. 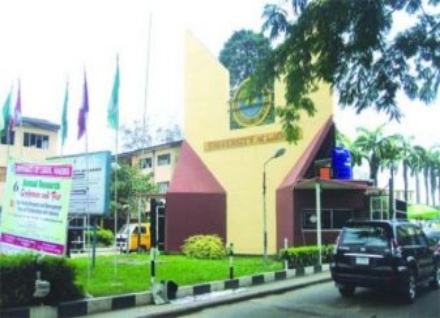 This is a complete list of all universities in Lagos State, Nigeria in 2023, whether federal, state, or private:

The Nigerian Open University (NOUN) is an ODL (Open and Distance Learning) institution. The institution has a fantastic platform for studying that is not only convenient but also economical. At the moment, the lively institution has 63 study centers distributed over the federation, including one in Lagos State.

On February 22, 1983, the Federal Government University was founded in Nigeria as a launching pad for open and remote learning. The university’s headquarters are in Plot 91, Cadastral Zone, Nnamdi Azikiwe Expressway, Jabi, Abuja, with the Lagos administrative office in Victoria Island, Eti-Osa Local Government Area, Lagos State.

The University of Lagos (UNILAG) is regarded as one of Nigeria’s most distinguished federal universities. It is a top-ranked university in nearly every academic field in the country. The prestigious university is situated in Akoka, Yaba, Lagos State. UNILAG is one of the country’s oldest institutions, having been founded in 1962.

The Lagos State University has three major campuses located in Ojo, Ikeja, and Epe. The Ojo campus is the main campus and the administrative headquarters of the university. It is where the majority of the university’s faculties are located.

The Ojo Campus also houses the Postgraduate School. The University College of Medicine is located on the Ikeja Campus. The Faculty of Engineering, the School of Agriculture, and the Institute for Organic Agriculture and Green Economy are all located on the Epe campus.

Februaryine University (AUI) is a Catholic private university in Epe, Lagos State, Nigeria. The University has always kept Catholic Higher Education’s magnificent legacy of pursuing intellectual, cultural, and moral excellence through the preparation of students for leadership and entrepreneurship.

This school was approved to open on March 5, 2015, and it was officially opened on February 23, 2015. On February 30, 2015, academic activity resumed with the reintroduction of 100-level students into recognized programs. On April 1, 2016, the first matriculation took place.

Caleb University, located in Ikorodu, Lagos State, is a faith-based private university. Through the provision of educational possibilities, the school aspires to become a center of excellence.

The vision drives the mission, which is to develop a one-of-a-kind school dedicated to academic innovation, skills-based training, and a long history of excellence in teaching, research, and community involvement.

This university is actually world-class, and it is home to the renowned Lagos Business School, which is regarded as one of Nigeria’s greatest business schools today.

Anchor University is a non-profit private institution of higher learning in Lagos’s Ayobo-Ipaja neighborhood. This college also has a branch campus in the Lagos neighborhood of Ipaja. The National Universities Commission of Nigeria has officially authorized and acknowledged the institution.

Anchor University is a newly established evangelical co-educational higher education school in Lagos. In a variety of fields of study, the university provides courses and programs that lead to officially recognized higher education degrees such as bachelor’s degrees.

Eko University of Medicine and Health Sciences (EkoUNIMED) is a medical, non-sectarian, and co-educational institution that is privately owned. Not just in Nigeria, but also throughout West Africa, the institution is a pioneering private medical university. Medicine and Surgery, Nursing Science, Dentistry and Dental Surgery, and other medical allied programs are all available at the university.

The university is located at Eko University Road, Ijanikin, Lagos State, at KM 28 of the Lagos-Badagry Expressway.

James Hope University is a postgraduate institution in the Lagos State city of Lekki. The institution is dedicated to maintaining cutting-edge worldwide educational standards.

To progress the knowledge economy, further discoveries, and breakthroughs, the institution strives to combine global models of academic achievement.

James Hope is establishing a business school that meets the highest academic standards. Mr. Jim Ovia, the founder of Zenith Bank, is funding the university through his non-profit organization.

Another excellent example of a reputable private educational institution in Nigeria is the South Western University in Ikeja. It offers a diverse range of disciplines. Banking and finance, international relations, mass communication, marketing, economics, business administration, microbiology, computer science, and accounting are among the most popular subjects at this university.

The total cost of school tuition per year is ₦175,000. In addition, you will be charged ₦25,000 for infrastructure development.

Christopher Institution is a brand new private university in Lagos, Nigeria. The institution, which is based in Mowe, was founded in 2015.