The Peoples Democratic Party, PDP is one of the oldest and major political parties in Nigeria. The party which is headed by a national chairman has produced presidents, governors and other public office holders over the years and has become a force to be reckoned with in modern times.

For the record, the PDP produced all presidents in Nigeria for 16 years before the All Progressive Congress, APC won the 2015 general election which saw Goodluck Ebele Jonathan defeated by the APC presidential candidate, Muhammadu Buhari. This was under the reign of PDP former national chairman, Adamu Mu’azu.

In this post we list all past and present PDP National Chairmen in Nigeria from its inception in 1998 till date.

Alex Ifeanyichukwu Ekwueme was the first chairman of the Peoples Democratic Party (PDP) and was also the first elected Vice-President of Nigeria. He is a founding member of the party.

Solomon Lar was a Nigerian politician and a founding member of the PDP. He occupied various public posts while he was alive and was even the former governor of Plateau state.

Barnabas Gemade hails from Benue state. He has held various positions and is a serving senator for Benue North East constituency under the PDP platform.

Although, Audu Ogbeh served as a minister of Agriculture under the Buhari APC led administration, he was among the founding members of the Peoples Democratic Party. He resigned as chairman of the PDP due to criticism from Obasanjo on how he handled the Anambra political crisis.

RELATED POSTS  How To Become A Diplomat in Nigeria (2021)

Ahmadu Ali served the Nigerian army and was the first Director-General of the National Youth Service Corps (NYSC). He was also the former minister of Education and headed the National Working Committee of the party.

Vincent Eze Ogbulafor was the National Secretary of the party before he was elected chairman. Due to financial recklessness, he was forced to resign.

A one time elected governor of Enugu state, Dr. Okwesilieze Nwodo is a Nigerian politician who had been the Secretatry General of the PDP, before he headed the party as its chairman.

He acted as acting chairman and was former minister of communications during the Obasanjo/Atiku administration.

He was also a founding member of the party.

He is currently the president of the Africa Business Roundtable and served as a minister under the Sani Abacha’s regime. In 2012, he became the National Chairman of the People’s Democratic Party, PDP.

Mu’azu was the former governor of Bauchi state. It was during his tenure a PDP chairman that Buhari won the presidential elections. It was alleged that he worked for the opposition to achieve victory at the polls.

Although he is a member of APC, he once headed the PDP National Working Committe as its acting chairman. He was the former governor of Borno state and a former senator.

He is a member of the party and served as caretaker chairman of the party. During his time, he and Ali Modu Sheriff were always at logger heads on who to occupy the party’s seat.

The current chairperson of the party is Uche Secondus.

The People’s Democratic Party (PDP) was established in December 1998 as a democratic party by members of numerous groups and organizations. The aim of the G-18 and G-34 members was to back economic deregulation whilst protecting human rights of the common man, providing the basic amenities like food, shelter, affordable housing, health care and education.

After the demise of the then military head of state, Gen. Sani Abacha, it was announced that Nigeria would hold democratic elections to end the 16 years of military rule in the country. It was in preparation that Alex Ekwueme, the first PDP national chairman and Jerry Gana, the first party secretary mobilized various groups, drawing membership from traditional rulers, intellectual minds and even businessmen and former military officers to join the cause which produced former military leader, Gen. Olusegun Obasanjo as the democratic elected president of the Federal Republic of Nigeria.

The PDP had always maintained a zoning system when choosing a presidential candidate. Based on religious and tribal lines, power is always shifted from one zone to the other, maintaining the Christian and Islamic balance of either the president and his vice.

For example, the 2007 candidate was Umaru Musa Yar’Adua, a Muslim while his vice presidential candidate was Goodluck Jonathan, a Christian. Although Yar’Adua won the elections, it was adjudged to be one of the worst elections ever held in Nigeria by international observers because it was marred by irregularities, fraud and violence.

Jonathan was later sworn in as the president after the death of his principal, Yar’Adua. He contested the 2011 presidential elections under the People’s Democratic Party and won, even though it angered many members of the party who felt that the north hadn’t finished its tenure when Yar’Adua died. This time, international observers adjudged the 2011 general elections as free and fair because Goodluck Jonathan garnered much support from every geo-political zone in the country.

By 2015, the most of the founding members of the PDP had left either to join another party or even to start their own political venture. This made the PDP grow weak in support, coupled with the fact that Nigerians were in dire need for a change at the center. APC, which was the major opposition made history after wining the 2015 elections after 16 years of PDP ruling .

The party is now an opposition party hoping to win the 2021 election. 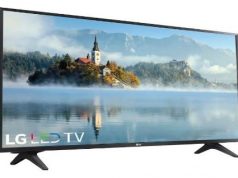 Tailoring & Sewing Business in Nigeria: Guide on How To Start...