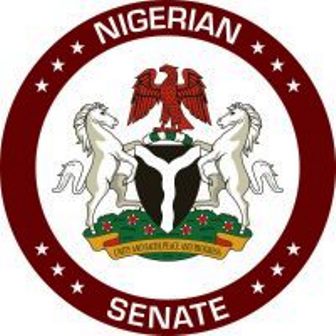 According to chapter one, section four of the 1999 Nigerian Constitution, the National Assembly is the country’s highest law making body empowered to make laws on behalf of the state.

If you read further down the constitution, you would see the duties assigned to both chambers at the NASS.

The Senate House on its part, consists of 109 senators: 3 senators from each state senatorial district while the Federal Capital Territory (FCT) elects only one senator to represent their interest at the upper chambers.

His primary role is to regulate, spare head and guide the proceedings in the Senate House.

The constitution also gives the holder of such office the power to become the President of the country after the demise of the President and his Vice.

As at writing this article, the current Senate President in Nigeria is Sen. Ahmed Lawan. He is assisted by the Deputy Senate President, Omo Agege who are both under the umbrella of the Action People Congress (APC).

From Independence in 1960 till date, Nigeria has produced over 10 Senate Presidents. A few of them are alive while others are dead. The first five ruled during the first, second and third republic while the others ruled in the fourth republic (democratic era).

After Nigeria entered into the fourth republic in 1999, this spelt the end of the military regime in the country and ushered a new democratic dispensation which has since produced 5 senate presidents till date.

Nigeria’s Senate Presidents from 1999 till date

He was an Igbo senator representing Imo-East Senatorial Zone who became the Fourth Republic first Nigeria Senate President to occupy the office on January 3 after contesting and defeating Chuba Okadigbo.

Evans was born on January 29, 1935 in Ikeduru Local government, Imo state. He was one time chairman of the Nigerian Airports Authority from 1980 to 1983. He was also elected governor of Imo State in 1991.

Corruption charges against Evans Enwerem including allegations that he falsified his name spelt the end of his tenure as President of the Senate. He died in 2007.

Dr. Chuba Okadigbo succeeded Evans Enwerem as the second Senate President of the Fourth Republic after the later was impeached.

He too was charged with corruption and had his position taken from him on January 2000. He was the running mate to Muhammadu Buhari in the 2003 general elections under the ANPP. Chuba Okadigbo died in 2003

Pius Ayim occupied the office of the senate president for 3 years after Chuba Okadigbo was impeached on January 1999.

He was born on 19 January, 1961, and was elected to the House of Assembly to represent Ebonyi south constituency.

The last political position he attained was the position to Secretary to the Government of the Federation during President Goodluck Jonathan’s administration.

He was appointed President of the Senate in 2003, but was accused of alleged corruption bordering on abuse of authority. Adolphus Wabara denied the allegations and saw it as an attempt to usurp him from office.

It was in 2005 that Wabara resigned after allegations of him allegedly collecting $400,000 bribe from the education minister, Fabian Osuji.

Ken Nnamani become the Senate President after Aldophus Wabara resigned. He served for two years before he was replaced by Senator David Mark.

He is known to be Nigeria’s longest serving Senate president who served for eight years and is still a siting senator at the National Assembly.

He has occupied many political positions prior to his election as President of the senate on January 6, 2007.

David Mark is known for his stance against the U.K on position on same sex marriage where he once responded to the UK that they should keep their aid after they threatened to withdraw their support.

He was the immediate past Senate President of the Federal Republic of Nigeria. He was born January in 1962, to one of the richest families in the country. His father, Olusola Saraki, was also a senator from 1979 to 1983

Before he joined the Nigerian senate in 2011, Bukola Saraki was the former Governor of Kwara State from 2003 to 2011. He also worked as a medical doctor and a bank director.

Ahmed Lawan is Nigeria’s current senate president of the Ninth senate. He is also an APC member. His deputy is Omo-Agege.

Records set by people who served as Nigeria’s Senate Presidents

Nwafor Orizu was the only Senate President of Nigeria ever to ascend to the Nigerian presidency through the constitutional order of succession. He was however forced to handover power to Aguiyi-Ironsi, Nigeria’s first military head of state.