This is a list of all Nollywood actors and actresses in the Nigerian movie industry (dead & alive). Most of them are popular celebrities and veterans, acting films that entertain us on TV. 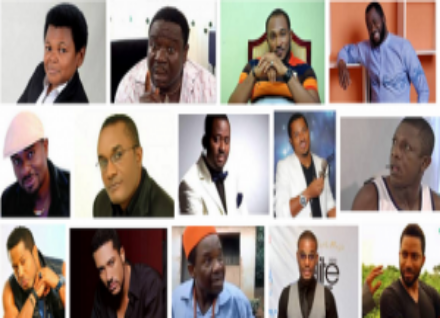 Nollywood just like Hollywood is the nomenclature of the Nigerian film industry. Over the years, it has produced various professional actors and actresses that have won awards over the decades and taken the country to the next level.

Although, these actors and actresses comes from various ethnics background. One cannot deny the fact that the audience and fans patronize their movies especially in cinema houses. No wonder these prominent film stars are popular.

Take for example, in South West Nigeria, the Yoruba Nollywood movie stars have continued to be on top of their game. Some of these popular actors acting Yoruba films that are alive include:

He is known to be the most popular Nollywood actor in the Yoruba genre. He is also an award winning actor. He won the City People Awards for the best actor and the African Magic Movie Award for Best Actor in the last few years.

Some of the popular Yoruba movies which he acted include Adura, Oyenusi, Omo Colonel, Alani Pamolekun, Taxi Driver and others. He is also a funny man.

Also another very popular Nollywood actor of Yoruba decent. His acting career became prominent in the entertainment industry when he featured in Owo blow. This movie was a hit.

Adebayo is the son of Adebayo Salami, a veteran Nollywood actor known as Oga Bello on set. Femi Adebayo won an award for the City People Movie Award for Best Actor in 2015. His popular movies he acted in include: December 1, Ayitale, Anini and others.

Known on set as Ogogo, Taiwo Hassan is a is another veteran Nollywood actor with many years of acting experience. His acting career has spanned for 13 years making him one of the oldest Nollywood actors.

It will surprise you to know that Hassan is a trained automobile mechanic aside his acting career.

A favourite Yoruba actor in Nollywood, he has produced so many movies that have topped charts. One of his movies, Third Party is the first Ankara movie in Africa. Others include Modupe Temi and Gbogbo Ere.

Aside these popular Nollywood actors in the Yoruba genre we listed above, there are others veterans who have featured in both local and international movie cast and are the prominent ones in the English genre. They include:

He is not just an icon in the Nigerian film industry but one of the most handsome actors. He has featured in blockbusters movies both locally and internationally such as Reloaded, Guilty Pleasures, Figurine and 30 days in Atlanta.

Just like Peter Edochie, Olu Jacobs is one of the oldest Nollywood actor alive. His legendary figure in Nollywood has seen this professional star in various British and international series.

He also won the African Movie Academy Award for the Best Actor in a leading role in 2007.

Most of the veterans actors that are dead are also added. Below is a comprehensive list of prominent Nollywood Actors that are alive or dead:

The dead nollywood actors that are popular are not as much as those that are alive and living.

Although we wrote on the top 10 richest actresses in Nigeria, this time we have compiled a list of actresses in the Nigerian film industry that are popular.

She is popularly known as Jenifa and is the richest Yoruba actress currently. She received an award for the best movie actress as a leading role in a movie due to the to the way she acted it.

Funke owns a popular TV show titled “Jenifa’s diary” which garnered lots of fame and fortune for the actress not including her sponsorship deals worth millions of Naira.

Talk of Nigeria’s talented actress who is original in her roles in movies. Mercy Johnson’s career has skyrocketed her to fame and fortune. This Nollywood movie icon has three children with her husband Prince Odianosen Okojie.

She has also received several awards and accolades in the course of her acting career.

Became popular after featuring in the movie “Reloaded”. This actress has also featured in several blockbuster Nollywood films such as Phone Swap, Stalkers, Guilty Pleasures, Tunnel and American Driver

is another popular Yoruba actress who has acting Yoruba movies.

Okenedo is a British actress with Nigerian roots. She has acted movies like Aeon Flux, AfterEarth, Decemberday and several others.

Bukky Ajayi was a veteran actress who passed away at her home in Surulere, Lagos State on the 6th of December 2016 at the age of 82.

Prince James Uche died on the 8th of December 2017 after battling with series of ailments which include diabetes, heart and kidney disease.

Moji Olaiya was also a popular actress in Nollywood. She actress died of cardiac arrest on the 17th of December, 2017 at age, 42.

Olumide Bakare was a known Nollywood figure. The actress died on the 22nd of December 2017, after an unsuccessful protracted battle with a respiratory disorder.

Popularly called ‘Pastor Ajidara’, the actor exited the world as a result of complications from kidney failure. The actor passed away on the 7th of December 2017, at the age of 62.

Kasimu died at the age of 70 on the 3rd of December, 2017 in Kaduna State after battling illness.

Faleti had a successful career. The late actor was responsible for translating the country’s National Anthem from English to Yoruba. Faleti passed away on the 23rd of December 2017, at the old age of 86.

He was a comic actor. Okwy name was Main Bossman. He died in December 2017 as a result of an asthma attack.

Obi Madubogwo died on the 28th of December, 2017 after a toxic battle with a diabetic wound.

Funke Abisogun Alhassan was a popular Nollywood Yoruba actress. She gave up the ghost in December 2017 a few days after giving birth to her baby.

Victor Eze Okwuchukwu played the role of Alika in the popular “Fuji House of Commotion TV series”. Eze passed away on the 25th of December, 2017, after battling with stroke.

The popular Nigerian actress, film director and producer died of pregnancy related complications at the University College Hospital, Ibadan on the 31st of December 2012.

Late Ashley Chijioke Nwosu died at the Military Hospital in Yaba, Lagos on the 21st of December 2011 from a liver disease.

Ernest Asuzu was also a veteran actor in the industry. He died on the 26th of December 2022.