Have you ever imagined men of God, pastors featured on Forbes list of richest people in the world. These popular preachers have over the years built mega churches and ministries worth millions of dollars in the Christian religion.

While some might argue that these pastors who are meant to be custodians of God’s word that brings healing and salvation to their congregation have deviated and focused more on preaching financial prosperity and sowing of seed.

These wealthy pastors own private jets, live in multi-million dollar mansions, have assets scattered home and abroad that you wonder whether these preachers know what it takes to imitate Jesus Christ, the God they claim they worship.

Forbes, a reputable magazine, have listed 10 of these richest pastors in the world who are extremely wealthy and influential. Please note that these wealthy preachers are from various countries most especially the United States.

Here are Forbes top 10 richest preachers in the world & their net worth 2022.

David Oyedepo tops the list as the richest pastor in the world with a financial worth of $150 million. According to Forbes, he overtook Bishop T.D jakes to claim this spot due to his many investments.

David Oyedepo comes from Nigeria and he is the founder of Living Faith Church Worldwide, also known as Winners Chapel. The church has many branches worldwide including one of the largest auditoriums in the country with over 50,000 capacity.

He doubles as the richest preacher in Africa and Nigeria with series of investments. Some of which include two private universities in the country, Covenant and Landmark University, an expensive private jet and host of other schools in the country.

His ministry which started in 1981 has grown globally and has over 350 locations in Nigeria including other countries such as US, Dubai and the United Kingdom. 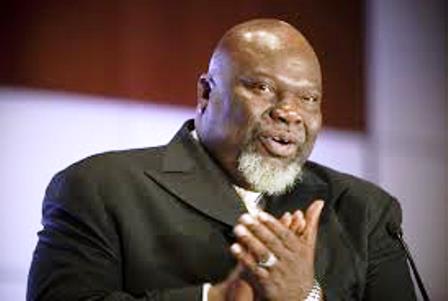 Thomas Dexter Jakes is Forbes second richest pastor in the world and his financial worth is estimated at $147 million dollars.

Aside from being an influential pastor, he is also an author, actor, singer and even a film producer.

T. D Jakes was born in 1957, West Virginia, United States. Sources say that he has traced his ancestry lineage to Nigeria in one of the Yoruba speaking states.

He is the founder of the potters house. There was a time his ministry was one of America’s most popular churches in Dallas, Texas with a capacity of over 30,000 worshipers.

Bishop Jakes is known to be a powerful American preacher whose messages is streamed worldwide on various television outlets.

As an author, most of his best selling books include: Woman thou art loosed, and The lady, her lover and her God. These books have sold millions of copies and have inspired many soul.

Bishop T. D Jakes also lives a luxurious life style. He owns a mansion worth $1.8 million and is also among the pastors that owns a private jet in the world.

Chris Oyakhilome is an influential Nigerian preacher and pastor who performs miracles. His net worth of $50 million puts him among the richest preachers in the world.

He is also the founder of Believers LoveWorld popularly known as Christ Embassy, one of the biggest Pentecostal churches in Nigeria. Pastor Chris began his ministry on at the Ambrose Ali University.

Most of his teachings on the word of God are aired on various Christian channels. Even though his healing miracles were banned on TV, he still does it and this has gained him attention, respect and even criticisms.

The reason behind the increase in attendants at Pastor Chris church service is that most popular gospel artists in the country like Frank Edwards, Sinach, etc were all groomed in his church.

His LoveWorld Ministry broadcast streams live church service to various nations of the world; from Africa, Asia and even in Europe and United States preaching the good news of the risen Christ to the world at Large. 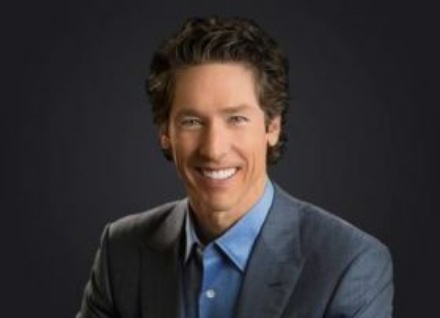 Joel Scott Osteen is one of the richest American televangelist with a net worth estimated at $40 to $60 million dollars by Forbes.

Born May 5, 1963, Joel Osteen is the head pastor at Lakewood Church, a non-denominational church based in Houston, Texas. Osteen’s father was the founder of this church which had a congregation of 5000 members.

When Joel Osteen took over after his father died, he grew the church to have more than 40,000 attendants at the Lakewood church. His sermons are televised and are watched by over 7 million viewers weekly increasing to 20 million monthly viewers in just 100 countries.

Osteen is also an author and has written many books about prayer, healing, anointing, fighting temptations, etc. His first book, “Your Best Life Now” remained on The New York Times Best Seller list for weeks.

Aside from owning a private jet, he currently lives in a $10 million dollar mansion with his wife, Victoria Osteen and their children.

Pastor E.A Adeboye heads the largest Pentecostal churches with many branches in the country, the Redeemed Christian Church of God.

He is the most respected pastor in Nigeria because of his humility and unbiased nature. His inspirational preaching has earned him a place among the top influential preachers in the world.

Prior to his appointment as the General Overseer of RCCG, he was a professor of Mathematics. When it comes to prayer and spirituality, Pastor E.A Adeboye excels in these area.

He is among the Nigerian pastors who own a private jet, not forgetting the Redeemers University owned by his church. Adeboye is worth $39 million dollars as written by Forbes. 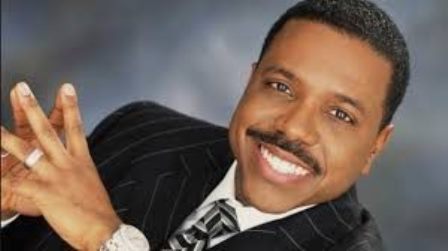 Creflo Mayus Dollar is also a wealthy American gospel preacher who lives an extravagant lifestyle. He is worth an estimated $27 million as put by Forbes 2018.

His preaching is mostly based on prosperity rather than salvation. He doesn’t shy away from this as he preaches it with all seriousness.

He is the founder of World Changers Church International, College Park in Georgia, United States. The church’s congregation is numbered to be about 30,000.

Some of the million dollar assets owned by Creflo includes two Rolls Royce, a private jet and luxurious mansions. 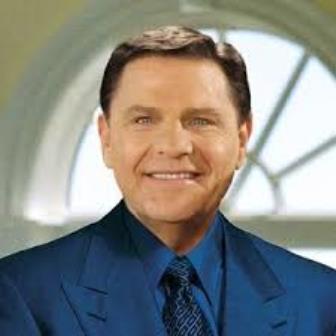 Kenneth Max Copeland is also one of Forbes richest pastor in the world whose estimated financial worth is $25 million dollars. He is also an American author, public speaker and televangelist.

He founded his own ministry, Kenneth Copeland Ministries where he has been able to preach his prosperity messages to his church’s congregation.

Copeland was criticized for his lavish spending and luxurious life-style since he was a pastor.

The Kenneth Copeland Ministries was built on a 1500 acres of land. Aside the church auditorium located within the 1500 acres, there is also a mini airstrip and hanger which is used to keep all private jets and air crafts owned by himself and his ministry. 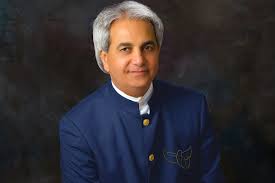 Evangelist Benny Hinn is one the most successful and powerful pastors in the world that heals and performs miracles. He hails from Israel and is a popular televangelist.

He is also an author and has published many books which other top preachers use as a guide in their various ministries, especially on How to hear God’s voice, etc.

Most of Benny Hinn’s miracle crusades are held in large stadiums to accommodate the crowd waiting to hear him preach or heal. 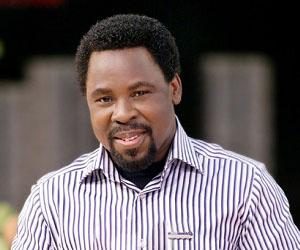 One of the popular richest prophets in the country was Temitope Balogun Joshua. He was also a televangelist, pastor and a well known philanthropist.

Almost all his prophecies are known to come to pass. He was the founder of The Synagogue Church of All Nations located in Lagos, Nigeria.

What made the late T.B Joshua was due to his healing and miracles being performed in his church by himself and his wise men.

Apart from this, he is a respected preacher and is known by virtually African country leaders. People from all over the world flock around his church for healing of different infirmities.

What stands him out among other rich pastors is his philanthropic act, always helping the less privileged, widows and awarding scholarships to students to study overseas.

According to Forbes, The Late Prophet T.B Joshua was worth $10 million

Joseph Prince is also one of the richest preachers in the world worth $5 million as estimated by Forbes.

Prince comes from Malaysia and operates the largest ministry in the Asian continent.

His Gospel messages of Christ are broadcasted using the Internet, social media, podcast, online videos to over 100 countries.