Believe it or not, football is one of the most popular sports in Nigeria. As a matter of fact, several professional Nigerian football teams compete internationally. Many popular players hail from Nigeria such as Mudashiru Lawal, Rashidi Yekini, and Jay-Jay Okocha. 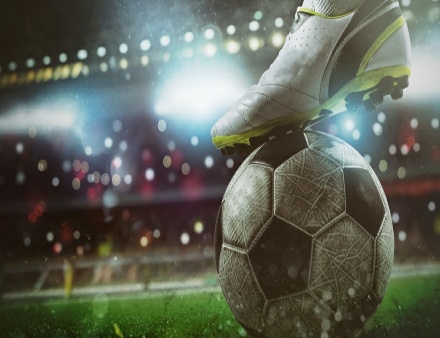 Mudashiru Lawal, also known as Muda, played as a midfielder both for his local club and the country. What’s interesting is that he used to work as an automobile mechanic before becoming a football superstar.

Rashidi Yekini was recognized as the top goalscorer of the nation during the peak of his career. You might also be familiar with him because he spent more than two decades in the football scene. He has represented the country in seven major tournaments and was also named as the African Footballer of the Year in 1993.

Jay-Jay Okocha is a former professional footballer who usually played as the attacking midfielder for several international clubs such as Hull City and the country. He was popularly known for his close control and dribbling skills. However, he was also known for being inconsistent. Nevertheless, he is still one of the top players who brought pride to the country. Who knows? He may very well have the best Nigeria sportybet odds if he were still active in the football scene.

With the popularity of the sport in the country, you can even see children playing football in the street. In fact, it is also taught at school. This is also one of the reasons why there are a lot of aspiring professional football players in the country.

If you are a fan of football, you should never miss out on the Nigerian Professional Football League or NPFL. It is regarded as the highest level in the Nigerian football league system organized by the League Management Company (LMC). This NPFL has a total of 20 participating teams with Enyimba FC as the current champions.

The second half of the 2020-21 NPFL was postponed until December 9. Reasons for the postponement were not disclosed. However, the match between Enyimba and Enugu Rangers was exempted from the postponement. With this, a lot of spectators and even players were disappointed with LMC’s decision.

Fortunately, the league was finally resumed with Akwa United snatching the no.1 spot after edging Sunshine Stars in a solid 2-1 victory at the Godswill Akpabio International Stadium in Uyo.

Aside from Akwa United’s success, there was also a protest regarding the unpaid salaries of the Sunshine Stars players. It was revealed that the players threatened to boycott their trip to Uyo for their match against Akwa United as well.

According to an official statement of the club, the backroom staff, coaching crew, and players were not paid their salaries for nearly a year. Nobody wants to lend them money because they can’t even afford to pay their previous loans.

Kwara United head coach Abdullahi Biffo said that their defeat against Nasarawa United will not affect their goal to win the title. The team also expressed their hopes to immediately bounce back from their recent loss.

Abdullahi reassured that their loss is only a temporary setback. He also praised Nasarawa for giving them a good fight. This only made the team more inspired to train hard. Being defeated is not a sign of quitting. He also added that any team from the eighth position still has the chance to win the league. Abdullahi also emphasized that the team will double their efforts to claim their position back.

Mentioned above are just some of the latest news of the ongoing league. So, tune in and place your Nigeria sportybet.