Which Is The First Newspaper in Nigeria?

If you are a student of Mass Communication in Nigeria, you should be aware that the first newspaper in Nigeria is Iwe Irohin fun Awon Ara Egba which means the newspaper for the Egba speaking people.

It is also the first indigenous language newspaper in Africa and it was established in Abeokuta, Ogun State by a Christian missionary, Rev. Henry Townsend from 1859-1967. It survived for only eight years before other Nigerian newspapers sprang up. The newspaper had eight pages and was sold for 120 cowries.

The first edition of the newspaper, Iwe Irohin was published bi-weekly on May 3, 1859 in two languages- Yoruba and English. Its pages mainly focused on political activities, announcements of births, events and deaths happening in Abeokuta during the era of the colonial masters. The pages of the Iwe Irohin newspaper was black and white and had no pictures as there was no colored printing press available during that period.

One advantage of Nigeria’s first newspaper was that it encouraged literacy among the Abeokuta/ Egba speaking people and discouraged slave trade during its eight-year existence.

Some major pitfall/reason why Townsend couldn’t continue publishing Iwe Irohin was the cost of equipment used in printing its pages, finance and the uprising in Abeokuta which led to the destruction of the printing equipment of the first newspaper in Nigeria in 1967. 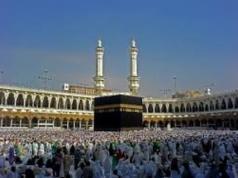 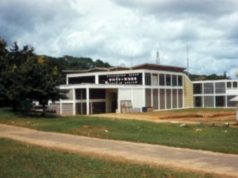 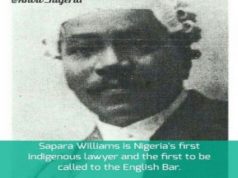 The First Indigenous Lawyer in Nigeria