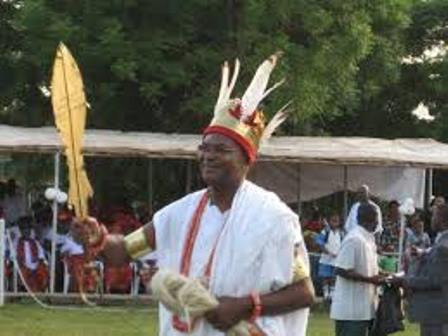 Not all Igwe’s, Obi’s, Oba’s and Emirs are regarded as first class. So, if you want to know who are the top 5 first class rulers in Nigeria, this post will do justice to that.

Onitsha is located in Anambra state and is regarded as the commercial hub of the South-East. His Royal Highness Obi Igwe Nnayelugo Alfred Nnaemeka Achebe is the current Obi of Onitsha and is also the Chairman of the Anambra State Council of Traditional Rulers. Born on May 14, 1941, the Obi of Onitsha is one of the most respected traditional monarch in Nigeria and he has influence over all igwe’s in the south-east.

The Sultan of Sokoto is revered as the spiritual leader of the Muslim faithful in Nigeria and the supreme traditional ruler of the Sokoto caliphate which was founded by Uthman Dan Fodio. He is also one of the most powerful kings in Nigeria having great influence over the whole northern tribes of the country.

The former Emir of Kano, Sanusi Lamido Sanusi was the former Governor of the Central Bank of Nigeria, a popular outspoken figure in Nigeria. Just like the sultan of Sokoto, the Emir is also respected and regarded as a first class traditional monarch in Nigeria.

Update: Sanusi Lamido has been dethroned as the Emir of Kano under the command of Governor Abdullahi Ganduje. This occured on the 9th of May, 2022.

Aminu Ado Bayero, the Emir of Bichi & the son of the late Emir Ado Bayero, emerges as the new Kano Emir. This happened after the dethronement of Muhammadu Sanusi II. This was officially announced in the presence of the Kano Emirate kingmaker and other stakeholders at Kano Government House, Kano.

The Ooni of Ile-Ife (Ọọ̀ni of Ilè-Ifẹ̀) is the traditional ruler of Ile-Ife. This town in Nigeria is seen as the core of the Yoruba people. The Ooni dynasties date back hundreds of years. History has it that all the Ooni are traced down to Oduduwa, who is regarded as the ancestral father of all Yoruba people. The Ooni of Ife is one of the most influential kings in Nigeria and a first class ruler. The current Ooni of Ife, His Royal Highness, Adeyeye Enitan Ogunwusi Ojaja II succeed Oba Okunade Sijuwade after his demise.

What other First Class traditional rulers in Nigeria do you know? Use the comment below to keep in touch