Nigeria as we know was formed by the British government in 1914 and gained her independence in 1960. After the independence of the country, oil was found in oloibiri, Bayelsa and became Nigeria’s main source of income. During the period of oil discovery, the then military leaders who were mostly northerners used the proceeds to enrich themselves, forgetting that the people of the region where oil was discovered in Nigeria. Then came the civil war which was an attempt to proclaim the Republic of Biafra. On seeing this move, the military authorities created a large number of states to weaken the movement.

This idea led to a bloody civil war in the late 60-ies of the last century. History had it that on 31 May 1967, the government of the Eastern region of Nigeria headed by Odumegbu Ojukwu announced the separation from the federation and became the independent Republic of Biafra. This was rejected by the then Nigerian government headed by Yakubu Gowon which brought about the civil war. One country that supported Nigeria during the war was England who were in serious opposition of the movement. They supplied the federal army with weapons and military equipment from England.

One thing these military leaders never knew was that sidelining a particular tribe or ethnic group would have a serious effect in the future, that was why it didn’t surprise people that after years of the Biafra civil war, various radical groups armed themselves for the struggle. What was their plight you might ask? They were seeking for the greater autonomy for their territories and more control over their local natural resources which the northerners had control over.

By August 2005, MASSOB leader made it clear that the Igbos needed to fight for sovereignty and independence which is non-negotiable. Prior to that, the Nigerian government made arrests of hundreds of MASSOB activists for participating in actions in support of the establishment of the Republic of Biafra. Some of them were accused of treason. This movement is especially popular among the youths, who were not involved in the civil war.

You might be asking-how many countries are supporting Biafra? Well, it was no surprise that most countries stood for the unity of Nigeria while others stood for the Biafra struggle. For records, only a few stood for Nigeria especially those who had vested interest in the oil. Countries like the United Kingdom, the Soviet Union, the Arab countries. were in support of the unity of Nigeria while France, Spain, Portugal, South Africa, China, and Israel supported the Biafran struggle.

These countries that supported Biafra helped during the war with food and sometimes with weapons. Ojukwu established oil extraction sufficient for the purchase of weapons and created a network of offices on the recruitment of mercenaries. The balance of power was never in favor of the Igbos or south south. In fact, the United Nations refused to recognize Biafra and in September 1968, the Organization of African Unity told Biafra to abandon the idea of independence.

Most war veterans do not believe that the separation of Biafra republic from the Nigeria is possible at all. While the generation that experienced the civil war is gradually fading, the scars of the war can not be healed as the stories have fizzled in the minds of the youth. The worst part of it is that the leaders have also not learned from the war not to side-line the tribes who cater for the nation with their resources. Nigeria as a country is ranked first in Africa and the eighth in the world in terms of exports of minerals, but more than 70 percent of its population lives below the poverty line especially the places where these minerals are found.

Nigerians, who live in Biafra, feel that the government is stealing from them. That is why the issue of militancy and agitation for an independent Biafran state is so strong coupled with the arrest of Nnamdi Kanu. For example, most of these militant groups gave a lot of troubles to the federal authorities by bombing oil pipe-lines to weaken the economy. In September 2004, the idea of militants to unleash a ‘full-scale war’ in the country and to strike primarily foreign companies, which extracted oil in the delta Niger, according to analysts, was one of the factors that influenced the rise of world prices for black gold to the record (at that time) level of $ 50 per barrel. Five international companies are currently involved in Nigerian oil extraction: ‘Exxon Mobil’, ‘Shell’, ‘Total’, ‘Chevron Texaco’ and ‘Agip’.

With the arrest of Nnamdi kanu alone, that even heightened the situation as series of protest in many places around Nigeria and even in foreign countries are always going on to show that the idea of the struggle of Biafra independence can never die from the minds of Biafrans. 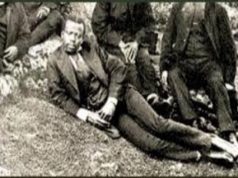 Who is the First Male Medical Doctor in Nigeria? 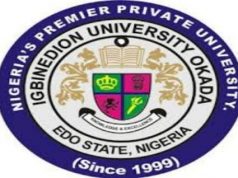 The First Private University in Nigeria 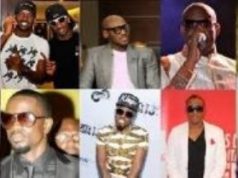 Which Country in Africa Has The Best Musicians? See Answer