Fidelity bank is a renown bank in Nigeria which has staff employed in different positions and ranks of the company. Through this availability of opportunities at the bank, a lot of graduates and job  seekers are inquisitive about how much Fidelity Bank pays their staff, from entry-level to the senior level. In this post we will reveal the salary structure of Fidelity Bank, which will incorporates how much they pay their graduate trainees, new entry level workers and senior level officers of the bank. 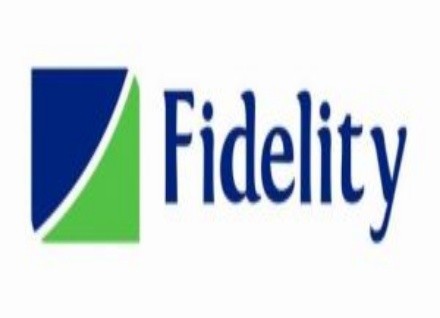 Before we look at the salary structure of this bank, let’s first highlight a snippet about them, how they came to be and how they operate in the country.

Fidelity Bank came to the banking field in 1988 as one of the commercial banks in Nigeria. With headquater in Lagos, the bank was incepted in that same year, from then they have been effective and serving in the country’s banking industry. As a full-fledged commercial bank in Nigeria, they have acquired over 5 million customers in the country from the few decades they have been in the business. Presently, the bank is serviced across over 250 business offices and various other digital banking channels, all spanning across the various states in the country.

Fidelity bank, due to its excellence services, they have been ranked amongst the top 10 Banks in the Nigerian banking industry. Much of this feat is credited to their presence in major cities and commercial centres in Nigeria. The bank is well connected within and outside the country, as they has correspondent banking relationships with a network of local and international financial institutions which includes Standard Chartered Bank, Citibank, United States Agency for International Development, ANZ London, Afrexim Bank, ABSA,  Standard Bank, and the United States EX-IM Bank. All of these have positively effect to the good running of the bank.

Fidelity Bank products in the banking sphere includes Loans, Credit Cards, Savings, Investments, and Mortgages. As at now, Fidelity Bank has more than 240 business offices and about 774 ATMs in Nigeria. From this wide connectivity, the bank maintains a large network of interconnected branches in all major cities in the Nigerian states.

Fidelity Bank has proved their quality as a banking outfit, as they recently won awards as the Best SME Friendly Bank, Best in Mobile Banking and the Most Improved Corporate/­ Investment Bank. These are only few among several banking awards and recognitions the company have earned from their stay in the Nigerian banking industry.

However, there are much to express about Fidelity bank, but this a view of the bank, as we will proceed to the article by giving the salary structures of the banking firm.

A lot may be enquiring on ‘How much does Fidelity Bank pay their Staff?’ The salary Fidelity Bank pays their employees on months end is good just like what other banking firms in the country are offering. The salary struture consists of what they pay from the entry level to the advances level in the company. All these will be covered in the course of this writeup, though it may not be excessive due to privacy issues.

However, often times, a lot of companies do not reveal their intricate information such as salary structures, which includes what they pay their employees. With this limited availability, we will use the current information and give the salary structure of what Fidelity Bank pays their new workers and some of their senior emloyees.

Below are the salary structure of Fidelity Bank in Nigeria;

Internship and IT students at Fidelity Bank are those short term employees who are undergoing practical experience in the banking job. These are mostly college undergrad students for the IT program, and graduates for the Internship program with the bank.

The Fidelity Bank salary pay for employees in this class depends on the person’s qualification, terms of employment and department they work in the bank. The monthly salary Fidelity Bank pays their IT/ Internship students is usually in the range of N10,000 to – N15,000. The amount is paid for the short term, as they are not fully-employed staff of the bank.

But however, Graduate Interns and IT student can be subsequently integrated into the company if deems fit by the company.

Graduate trainees are the category of staff who are newly recriuted into the bank. They are mostly graduate new intakes who are not practically skilled of the profession, and are made to go on an advanced training in banking.

They are qualified staff who are employed by the bank and be put on a compulsory training on a specialised field for a short duration of time. In this period of post graduate training, they will still function as temporary staffs until their training is completed and their performances assessed. If their performance are good, they will be formally recruited in to the bank and will be in the entry-level as a permanent staff.

Graduate trainees at Fidelity Bank earn a considerate amount of money in relation to their new start. Their monthly salary is approximately in the region of N60,000, from which they earn in the period of the training.

The Entry Level staffs is the category of employees who are employed newly into the bank. The entry-level category is the basic level of permanent employees or staff in the firm. These workers due to their first start, they earn lower than other experienced current workers in the bank. But nevertheless, the amount of salary earned by these new employees in the entry-level is subjected to increase from promotions and bonuses with the years of work experience in the Bank.

ALSO READ:  Mechanical Engineering Salary: How Much They Earn (2023)

The functions of entry-level staffs at Fidelity Bank varies across a number of departments, and such, their salary differs from what other workers in other levels receive.

On the highest level of staff rank at Fidelity Bank is the Bank Managers. These people are very much involved in the running of the banking system as they manages the different independent branch of the bank.

From the specification of the work of Bank Managers, it is crystal clear that they receive huge amount of money on months end. Fidelity Bank pays their Bank Managers in an estimated salary that falls in the range of N700,000 to N2 million on a monthly salary basis. These employees are much valued due the criticality of their work, and they are also compensated with weekly and monthly allowance and bonuses aside from their basic  salary.

To summarize everything, Fidelity Bank is a preferred work place for job seekers, graduates and intended bankers who wants to experience their banking atmosphere. They offer their staff attractive pays as salary in all positions of the company. We have exaggerated much about the Fidelity Bank and how much they pay their employees in all level.

That’s the size of our article as we hope your query about the staff salary structure of Fidelity Bank has been dully explained.