One of several top financial institutions in Nigeria is First City Monument Bank. As such, we will look at how much this bank pay their employees in the country. Those who are interested in working for FCMB will find the information in this post useful in determining how much the FCMB pays its employees as monthly salary. On the whole, the FCMB Salary Structure in Nigeria this 2022 is similar to other Nigerian banks as would be described in detail in this write-up. 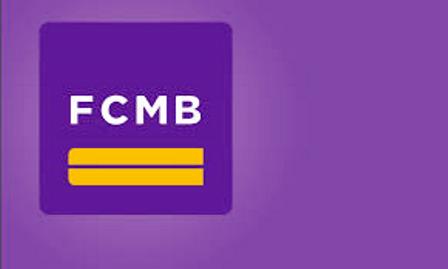 First City Monument Bank (FCMB) is one of the leading commercial banks in Nigeria. The bank operates as a subsidiary of FCMB Group Plc, one of Nigeria’s leading financial institutions, having affiliates that are industry leaders in different sectors.

After effectively converting to a commercial and retail banking-led institution, FCMB aspires to strive to distinguish itself by offering great services while increasing the development and attainment of their customers’ individual and business objectives across the country.

Oloye Subomi Balogun, the OtunbaTunwashe of Ijebu, a Yoruba traditional monarch, formed the organization that led up to the financial institution, previously known as City Securities Limited, in 1977. On July 20, 1982, First City Merchant Bank was established as a private limited liability company, and on August 11, 1983, it was granted a licence to operate. It’s interesting to note that this banking institution was the first one in Nigeria to be established without the help of the government.

Furthermore, the bank’s company was renamed from First City Merchant Bank to First City Monument Bank as a consequence of its transition to a universal bank in 2001, and the bank’s position was altered from a private limited liability company to a public limited liability company on July 15, 2004, after which it was listed on the Nigerian Stock Exchange (NSE) by emergence on July 15, 2004.

In July 2010, FinBank and First City Monument Bank (FCMB) both declared that FCMB was eager to acquire a stake in FinBank and being a key shareholder. FCMB purchased a 100 percent interest in FinBank in July 2012, receiving regulatory permission, and began merging FinBank into its current operations.

FCMB SALARY STRUCTURE 2022: HOW MUCH DOES FCMB PAY THEIR STAFF?

If you’re an intending applicant for a job with FCB, you should find this write-up helpful. During the interview, you will most likely be asked questions like “How much do you intend to obtain as your salary?” This is plenty of a cause to read this page so you can react in accordance with their wage structure. You can check  below to see what the bank pays their employees on each month end.

The following is the salary structure for FCMB employees/members of staff in Nigeria this 2022:

SALARY STRUCTURE FOR MARKETERS AT FCMB

Marketing employees at FCMB seem to be the least paid by the financial institution. In Nigeria, marketers or marketing officers working for First City Monument Bank (FCMB) earn around ₦40,000 per month on average and over ₦480,000 yearly.

HOW MUCH DO FCMB GRADUATE TRAINEES EARN ON A MONTHLY BASIS?

Graduate employees at First City Monument Bank (FCMB) earn an average monthly wage at about ₦46,000, totaling around ₦250,000 throughout the course of their 4 to 5 months training program. At FCMB, graduate trainees or interns have the possibility to become entry-level employees.

HOW MUCH DO CONTRACT STAFF AT THE FCMB GET PAID MONTHLY?

FCMB Nigeria pays contract workers an average monthly salary of around ₦90,000, for a cumulative yearly wage of ₦1,696,000. The division wherein they work, and also their academic qualifications, decide their salary. Other variables also influence the amount which they are paid. They may also be allocated to set missions at the bank, that may include financial incentives in order to significantly improve their compensation.

The monthly compensation scale for entry-level staff at First City Monument Bank (FCMB) Nigeria currently is somewhere between ₦105,000 and ₦115,000, with a yearly salary of ₦1.2 million to ₦1.3 million. Interestingly, the entry level worker is subject to promotion which will lead to an increase in his or her salary.

SALARY SCALE FOR RELATIONSHIP OFFICERS AT FCMB PER MONTH

Top officials at FCMB Nigeria are known as Relationship Officers, and they are paid an approximate monthly pay of roughly ₦267,000. This amounts to over ₦3.2 million per year.

ALSO READ:  Salary of a Second Lieutenant in the Nigerian Army (2022)

Loan Executives at First City Monument Bank (FCMB) are top banking workers who make about ₦541,000 per month, or about ₦6.5 million annually.

HOW MUCH DO FCMB CREDIT ANALYSTS GET PAID IN SALARY PER MONTH?

Credit experts at First City Monument Bank (FCMB) make an average monthly salary of ₦610,000. This equates to over ₦7.3 million naira in annual income. They’re seasoned bankers with a wealth of knowledge.

HOW MUCH DO FCMB BRANCH MANAGERS RECEIVE AS MONTHLY SALARY?

Branch Managers are high ranking banking employees who are in charge of each day operations of a certain FCMB branch across the country. First City Monument Bank (FCMB) pays its branch managers a hefty salary of over ₦690,000 per month, or ₦8.2 million yearly. Moreover, it’s also interesting to note that the highest-paid staff of FCMB’s various branch locations in Nigeria are branch managers.

This write-up on the salary structure of First City Monument Bank is indeed helpful especially for those who intend to work with the bank. As little more than a potential employee or aspiring candidate who is set to appear before FCMB representatives for an interview process, he or she has to be familiar with the FCMB salary structure. We have provided you with all the relevant details on how much the financial institution pay their respective workers per their position.