This is the Biography and Net Worth of popular Nigerian Yoruba movie actress, Fathia Balogun. Fathia Balogun was born Ikeja, Lagos on January 5, 1969. She is of Okpara descent in Ethiope East Local Government Area of Delta State. 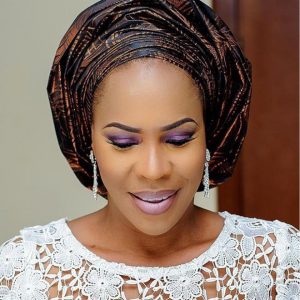 During her early years, Fathia attended Maryland Primary School and Maryland Comprehensive High School in Maryland, Lagos, where she obtained the West African School Certificate Examination before going on to Kwara State Polytechnic to a diploma certificate.

Having featured, produced and directed several Nigerian films over the years, Fathia won the Africa Movie Academy Award for the Most Outstanding Actress Indigenous in 2008 and her movie “Iranse Aje” won the best indigenous film of the year.

On January 2014, alongside fellow actor Odunlade Adekola who emerged as best actor of the year, Fathia won the Africa Movie Academy Award, having emerged as the best actress of the year. Fathia Balogun has also won the Best Indigenous Language: Yoruba award for the work done in the film “Iya Alalake” at the 2015 Africa Magic Viewers’ Choice Awards in 2015.

Fathia Balogun has been in the entertainment industry for several years now and she is no doubt a veteran in Nollywood. She was married to Nollywood actor, Saheed Balogun.

Currently, Fathia Balogun is worth N100 million in assets and investment.