A persistent failure to achieve or sustain an erection is every guy worst night mare. Often times when the male member refuses to rise up to the occasion it can be quite embarrassing and discussing it with a doctor or even your partner is something you have to struggle with. If you are one of those battling with such conditions. 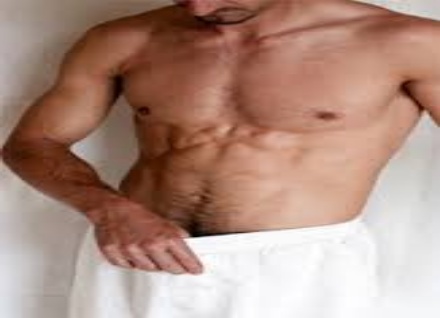 Here is the list of top 8 erection killers below:

A little drink here and there may not hurt you but when you over indulge in alcohol drinking then the probability of your member not rising up to its duties is quite high. Although, heavy intake of alcohol on your erection can be temporary but there is no doubt that it interferes most of the time. But if you must take alcohol then make sure it is moderate.

The phase for every sexual excitement starts from the head and if you are unhappy then there will be a problem having an erection. Depression can dampen your desire and can lead to erectile dysfunction. Ironically, many of the drugs used to treat depression can also suppress your sex drive and make it harder to get an erection, and they can cause a delay in your orgasm.

The content the drugs you ingest may be responsible for your bedmatics potentials. Many drugs can cause erectile dysfunctions, drugs including certain blood pressure drugs, pain medications, and antidepressants. Also street drugs like cocaine, amphetamines and marijuana can cause sexual problems in men, too. However, if you are on prescribed drugs, that don’t mean you should stop, it is better you speak with your doctor first before making any decision.

ALSO READ:  15 Most Deadly Assassinations In The History Of The World

If you are overweight you are more likely to have problem with performing in the bedroom. Obese men have lower levels of the male hormone testosterone, which is important for sexual desire and producing an erection. Being overweight is also linked to high blood pressure and hardening of the arteries, which can reduce blood flow to the penis.

Many men who have gone for this surgery have problems getting it up for their partners in the bedroom. Research has shown that over three-quarters of men who underwent bowel surgery to remove cancerous tissue suffered erectile dysfunction in the aftermath. Even when a skilled surgeon manages to avoid severing these essential, erection-producing nerves, the trauma of the operation often impairs their functioning, causing temporary erectile problems that may last up to two years.

Riding a bicycle is a great exercise but some experts have suggested that too many hours in the saddle might be associated with an unwanted side effect. The risk is highest in those men who spend more than three hours per week in the saddle.

But the good news is that erectile failure associated with cycling is temporary. Interestingly, a recent study has challenged the idea that there is a direct causal link between cycling and erectile problems. Yet the findings did suggest that long periods in the saddle may increase the risk of prostate cancer in men over 50 years of age.

Diabetes, high blood pressure, hardening of the arteries, spinal cord injuries, and multiple sclerosis can contribute to Erectile Dysfunction. This happens because different health conditions can affect the nerves, muscles, or blood flow that is needed to have an erection.

Erectile problems can be embarrassing but getting help makes you much happier. So it is advisable to speak to a doctor who can check the source of the problem and may recommend lifestyle interventions like quitting smoking or losing weight. Other treatments include ED drugs, hormone treatments, a suction device that helps create an erection, or counseling.