This post outlines the duties and functions of the Nigerian Police to the citizens of Nigeria. The Police is a very vital organization in a state and it is their sole duty to maintain law and order in the society according to the constitution. But in recent times the character of Nigerian police officers seem to toe a different part as crime rate has increased to an alarming rate in Nigeria.

Well, no matter how bad things have been in time past, this does not change the fact that the purpose by which the Nigerian Police was set up should change as they are charged by law to carry out certain roles, duties and functions in the society.

In this write-up, we shall outline, explain and list for you the content of the duties of the Nigeria Police Force.

According to the Nigerian constitution, the police have the legal backing to arrest any offender that go against the law of the land. As long as the crime committed is against the tenants of the constitution, such arrest is legal. Although in today’s world, the Nigerian police are seen to take laws in their own hands which is not meant to be. There are laid down rules in Nigeria which specifies what an offence is and what an offence is not.

Also bear in mind that there are certain offences that do not qualify to be called a crime and do not concern the Nigerian police. Examples of such offences includes those related to traffic offence. There are other arms of security established by the law to see to such offences. The Vehicle Inspection officers, the Traffic wardens and the Road Safety Officials are personnels charged with the power to arrest traffic offenders.

It is also the primary duty of the Nigerian Police to prevent offence from being committed especially when there are threats of impending crime or security issues. The police ensures that its officers go to such area to forestall possible breakdown of law and order. Although, there are sometimes where the military also joins the Nigerian police in such instances. At this juncture, such threat might be national or territorial which would warrant a joint task force presence to prevent possible breakdown of law and order.

3. Protection of lives and property of the citizens

The police is also involved in crime detection. The department in the Nigerian Police Force responsible for this is the Criminal Investigation Department -a department set up to detect and investigate criminal activities, identify those behind a particular crime and bring them to book.

5. Power to maintain law and order  in the society

This is where people gets confused on the police functions. The Nigerian police has no right to prosecute any case but are empowered to investigate any matter. It is after such the investigation, that they can sue any suspect found wanting to court for prosecution. 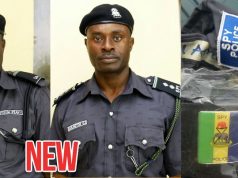 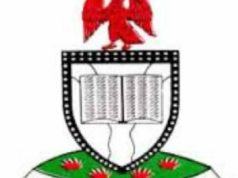 Full List of Seasons in Nigeria And Their Weather Characteristics