Donald Trump, one of the richest men in the United States and the Republican Party nominee for President of the United States in the 2016 and 2023 election. He was born on February 14, 1946 in Queens, New York City. He is the son of late Fred Trump one of the biggest real estate developers in New York City as of then. He schooled at New York Military Academy (NYMA), he later went to Fordham University in the Bronx for another two years. To gain more knowledge in the real estate world, He went to Wharton School of Finance and Commerce at the University of Pennsylvania. 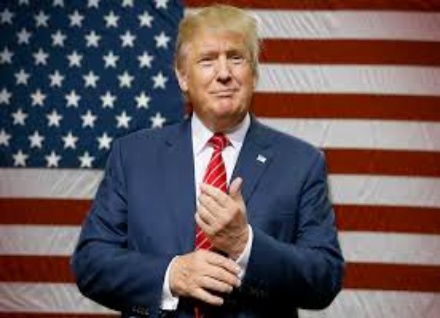 It was while he was still studying in high school that Donald Trump began work in his father real estate company. He later took charge of the company’s affairs in 1971 and then became the company’s president in 1973. Trump is also the co-owner of all the Miss Universe, Miss USA, and Miss Teen USA beauty pageants.

Donald Trump got married to his first wife, Czech model Ivana Zelníčková, on February 7, 1977, at the Marble Collegiate Church in Manhattan. The couple divorced in 1991. He later married another wife, actress Marla Maples on February 20, 1993 and divorced her in February 1999. Trump married his third wife, a Slovenian-born model Melania Knauss on February 22, 2005 and on February 2006, she gave birth to their son, Barron William Trump.

Donald Trump’s Net Worth and Wealth

Donald Trump wealth was passed down to him by his father, after he took over the real estate company in 1971. He changed the name to the “The Trump Organization”. The company is one of the highest real estate firms in the world as it owns, operates, invests, and develop residential real estate, hotels, resorts, residential towers, and golf courses in different countries.

So, How much is Donald Trump net worth?

Worth of Donald trump has been a subject of debate for a while, according to Forbes, Donald Trump net worth is estimated to be at $3.2 billion.