Does Tecno Phones Battery Last Long? That is what we are going to find out in this post. The improvement of smartphones over the years in terms of specs and battery life has been awesome. With Tecno, many things which were initially imagined were all of a sudden made possible. 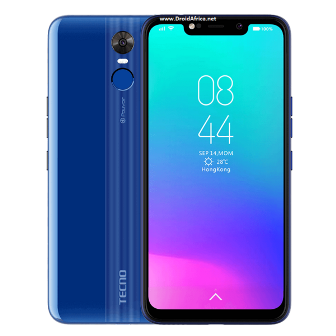 At one point in time, it was hard to imagine Android phones with a screen larger than 4 inches. 4-inch display was considered more than enough. But over time, bigger displays came into existence denying all assumptions.

Phone screen size went on increasing, and finally it reached the maximum possible size. At present, Tecno 6″ screen size has become the standard size but it is hard to feed large screens.

Many phones come with big screen and good specs but with regular low capacity batteries. They can barely stay up to 12 hours at moderate use. Tecno mobile saw this as a problem and decided to fix it with their latest smartphones coming with powerful batteries.

How many days do Tecno phone batteries last?

Tecno phones are great, so is their battery. How long your Tecno phone will last on a single charge depends on the capacity of phone’s battery and usage. Normally, Tecno phones should last 2 to 3 days of moderate use.

Because of battery challenges, Tecno mobile innovated and brought in super battery phones to make consumers happy. We now see phones with 4000mAh, 4500mAh, 5000mAh, 5050mAh and even 6000mAh.

These phones help keep you going. Tecno phones such as the L6, L5, L8 and the most recently released Tecno mobile devices are great as their battery lasts really long, for up to two days or more, depending on the usage.

Is there anyone who doesn’t love a big-capacity battery? For many people, the battery life is the single most important consideration when buying a new phone.

The advantages of having these big battery Tecno phones cannot be over emphasized enough especially in a country like Nigeria where epileptic power supply is the order of the day.

Assuming you have Tecno phone with 5000mAh battery capacity, you are certain that would last you well over a day with heavy use and two days with moderate gaming, music listening, video watching and checking of emails.

Instead of carrying your charger about everywhere and always on the lookout for charging points, you can move lighter and much more conveniently while being rest assured that your phone would see you through the day.

You would also save money with a big battery phone than buying a power bank to supplement your device.

Aside bigger screen size; modern smartphones have faster processors, HD gaming abilities and not forgetting that Android which is the major OS is a resource consuming operating system. It therefore requires more RAM and CPU which are all battery drainers.

Tecno big battery phones give you the ability to work much more efficiently, play games, browse and stream videos without thinking of battery consumption as your battery when fully charged lasts really long.

Be sure that when you want to buy a Tecno smartphone, you look up the specifications online to determine the battery power you want in association with other features so that you’ll get value for your money.