Usually, Hausa-Fulani are seen as related to each other due to the fact that they coexist within the same geographical areas in Nigeria. Although you might not be aware of any distinctions between the Hausa and Fulani tribes,  there are significant differences between the two ethnic tribes, of course. The Hausa and Fulani are twin ethnic groups that were once separate but are now considered to be a single, unbreakable ethnic group. They developed an unbreakable bond over the years of living together and are unable to be separated. But how can you tell one of these ethnic groups apart from the other? In this post, we will examine the distinctions between the Hausa and Fulani tribes in Nigeria and put these concerns to rest. 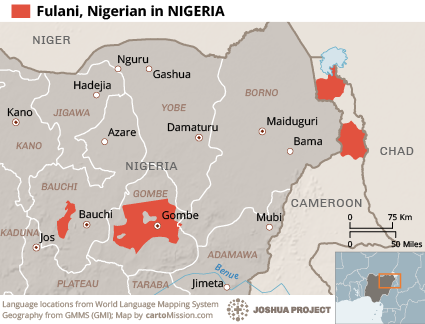 HAUSA TRIBE: WHAT YOU SHOULD KNOW ABOUT THEM

Western Africa is home to the Hausa-Fulani ethnolinguistic group. While some Fulani assert that they are of Semitic descent, Hausas are native to West Africa. The majority of Nigerians are either descended from the Hausa tribe or Fulani ethnic group. Due to their intermarriages and ongoing contact with various groups and locations, they have the greatest population in West Africa with about 30 million.

The northern region of Nigeria is home to the Hausa people. Due of their interaction and association with humanity, they are the tribe in West Africa with the biggest population. The majority of Hausa are farmers, and they frequently move in pursuit of better opportunities.

FULANI TRIBE: WHAT YOU SHOULD KNOW ABOUT THEM

They practically covered the entirety of West Africa due to their nomadic lifestyle. They are quite accepting of other people’s languages, which allows Hausa to stifle their own, particularly in northern Nigeria. The Fulani people occasionally consider themselves exceptional. They are the leaders of Islam in Nigeria and produce the majority of the country’s emirs.

HISTORICAL SIGNIFICANCE OF THE HAUSA-FULANI TRIBES

The Hausa were successful in becoming the new dominant group in the area. This came after the Nok and Sokoto, who had previously ruled Central and Northern Nigeria between 800 BCE and 200 CE, were reduced in number. The Hausa people, who share a close relationship with the Kanuri of Lake Chad, all converted to Islam in the 11th century.

Invading the Hausa territories around 1810 were the Fulani from an African nation that cut through West Africa. However, because of the two groups’ distinct cultures, there was room for integration. Instead of being distinguished as two distinct ethnic groups, the two in current times are frequently referred to as Hausa-Fulani.

The Hausa tribe continues to hold a dominant position in the northern part of the country. They have a major impact in Nigeria. Nigerian politics have been dominated by Hausa-Fulani’s for a very long time.

Let’s examine Hausa-Fulani culture to see if we can tell the two groups apart. The Niger Republic, Sudan, Cameroon, Ghana, Côte d’Ivoire, and Chad are the main locations for Hausas. In these areas, the majority of the Fulanis are similar to the Hausa people. The Hausa’s are majorly muslims and adherents of Islam. These individuals have contributed to Nigerians accepting Islam as a religion. The Hausa people are regarded as the most attractive group of people on earth.

When the two tribes collaborate, they frequently do so while singing in tuneful melodies, whether in one of their own languages or another. Their traditional entertainment frequently takes the form of storytelling, participating in local drama, and attending local musical performances. Despite certain differences, the two tribes or ethnic-religious groupings consider themselves to be one.

Neither the appearance nor the cultural practices of the two groups are similar.

MAJOR CITIES OCCUPIED BY THE HAUSA-FULANI TRIBES IN NIGERIA

Northern Nigeria is home to the majority of the Hausa/Fulani people. Nevertheless, they can also be found in West Africa’s grassland region. Though widespread in West Africa’s grassland region, the majority of Hausa/Fulani people live in Northern Nigeria. This is particularly true in and around Sokoto, Kano, and Katsina cities. In the past, these prominent locations served as significant market hubs along the trans-Saharan caravan trade routes in the south.

The Hausa had constructed well-run city governments before the arrival of the Fulani. These Hausa-Fulani states comprised Borno, Daura, Biram, Gobir, Kano Zazzau (Zaria), and Katsina. It is well known that the Hausa Fulani have long since dominated many of the cities in northern Nigeria. Indigo City and Kano, sometimes known as the groundnut pyramids, are a couple of these cities. In addition, there are Biram, Katsina, Abuja, Bauchi, Birnin Kebbi, Damaturu, Dutse, Gombe, Gusau, Jalingo, Jebba, Jos, Katsina, Lafia, Maiduguri, Makurdi, Sokoto, Suleja, Yola, and Zaria.

THE DIFFERENCES BETWEEN HAUSA AND FULANI TRIBES

Since they overcame the peaceful Hausa-speaking agrarian natives, the Fulani are strong and aggressive in Nigeria. These days, the two fundamentally distinct ethnic groups seldom differ from one another.

Living as a single faith or race tends to promote greater development and increase inter-personal peace and stability. To achieve prosperity and peace, Nigerians must come to view each other as more than just fellow citizens of the same country. This is extremely vital right now, when banditry and insecurity are at an all-time high in the nation.

Let’s begin to appreciate the Gbagyi-Bassa, Nupe-Kaanda, Ibibio-Efik, Dibo-Abawa, and Igbo-Yoruba cultures in the same manner that we do the Hausa-Fulani culture. This will restore peace and greatness to our nation. No country, religion, or clan can endure alone, and neither can any man. This post is that long so that we may emphasize the crucial distinctions between the Hausas and Fulanis.