In this post you get to know about Dele Momodu’s biography, his net worth according to Forbes, Ovation International Magazine and other details you don’t know about him. 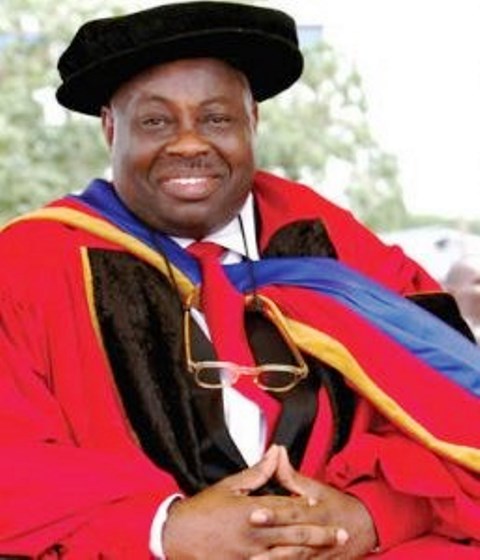 Chief Ayobamidele Abayomi Ojutelegan Ajani Momodu, was born on the 16th may, 1960. He is a native of Ile-Ife, Osun State Nigeria.

Dele is a Nigerian Journalist, Publisher, Polemicist, Actor, philanthropist, Business Man and a Motivational speaker. He is one of Nigerians’ favourite richest writer and publisher in the country’s history.

Although Dele lived a tough life while growing up, he is currently classified as of the most influential persons in the country and beyond.

He is the CEO of a popular Magazine named Ovation International. This magazine is an outstanding highly rated sell due to the quality of news and information it provides to Africans and the world at large.

If there’s one person who didn’t have a very rich upbringing or background, it is Dele Momodu. According to him in one of his recent interviews, he struggled to provide life’s essential materials for himself while growing up.

He is the last born of his family which consists of three children. Unfortunately, Momodu lost his dad at the age of 13, an event he claimed was too hard to get over due to the love and chemistry that existed between them.

After the demise of his dad, as expected, the responsibility to cater for the family rested on his mother’s shoulder.

Dele’s mum passed through thick and thin to ensure that the children had good, quality and comfortable life. Despite the difficulties, Momodu and his siblings were raised and brought up to the best of their mother’s ability.

On the 18th of January 2007, a tragic news broke out that Momodu’s mum had passed away. It was a very sad and sorrowful news for the 47-year-old who couldn’t control his emotions as he wept bitterly.

Roles played by his parents

Though he lost his dad at such a tender age, he often told reporters the role his father played in his life. He revealed that his relationship with his dad taught him how to be a good father to his children, with or without financial influence or buoyancy.

As for his mum, he revealed tells him that he shouldn’t give up easily even if things are not going as planned.

When asked about the influence of her mother on his wealth and fame, Momodu said ”she never gave up on me for once”.

Dele had his first Degree in Yoruba Language in 1982 before acquiring a Masters Degree in English Literature in 1988.

He attended the University of Professional Studies in Accra, Ghana, for his PHD Program.

On 30th January 2016, He was honoured with a Doctorate Degree (PhD), earning him a ‘Doctor of Humane Letters’ tittle.

He observed his mandatory one-year youth service (NYSC) between 1982 to 1983. Dele Momodu served as a literature teacher at the College of Art and Science in Ile-Ife.

In 1983-1985, he worked with the deputy Governor of Ondo state, Chief Akin Omoboriowo, as his private secretary.

In 1986, Momodu worked as a manager at Motel Royal Limited which was owned by the then Oni of Ife, Late Oba Okunade Sijuwade Olubuse II.

Since his first writing job, he’s being contributing to other publications such as the popular Yoruba news paper named Isokan; National Concord, Business Concord, Sunday Concord among others.

In 1989, he became Africa Concord Magazine’s Literary Editor. Having seen his passion and dedication towards his job, he was promoted to a new and higher position as he become News Editor for the Weekend Concord.

He edited January Ellen Ezekiel’s Classique, a celebrity magazine in 1990 to 1991, making him the highest paid editor in Nigeria.

After joining the Moshood Abiola Campaign Group in 1993, Momodu was arrested by the Sani Abacha’s Administration for propagating the truth about Democracy in 1995.

He was mercilessly punished, beaten and detained in Alagbon prison for a very long period with treason charges. Fortunately for him, he was able to escape pretending to be a farmer through Seme Border into Cotonou, Benin Republic.

He fled to Togo where he stayed for some years. He also spent some time in Ghana before he eventually found his way through to the United kingdom.

He was in the United State for 3 years as he couldn’t come back to Nigeria, else he would be recaptured by Abacha.

As a prominent Journalists/Publisher, who has been in the business for a long while (1996), you would expect him to have great investments and net worth.

He is said to have lands, cars and houses among other materials.

According to Forbes and other finance related sites in Nigeria, his estimated net worth is around $30.5m this 2023.

Dele Momodu & Davido: Who Is Richer?

The question has always been who is richest between Davido, Nigeria’s richest musician and Dele Momodu, the founder of Ovation International Magazine due to the war of words between the duo concerning one of the daughters of the publisher.